Today, we are comparing the Nokia 8.1 with the OnePlus 6T too see which mid-range premium device packs better hardware under its hood? 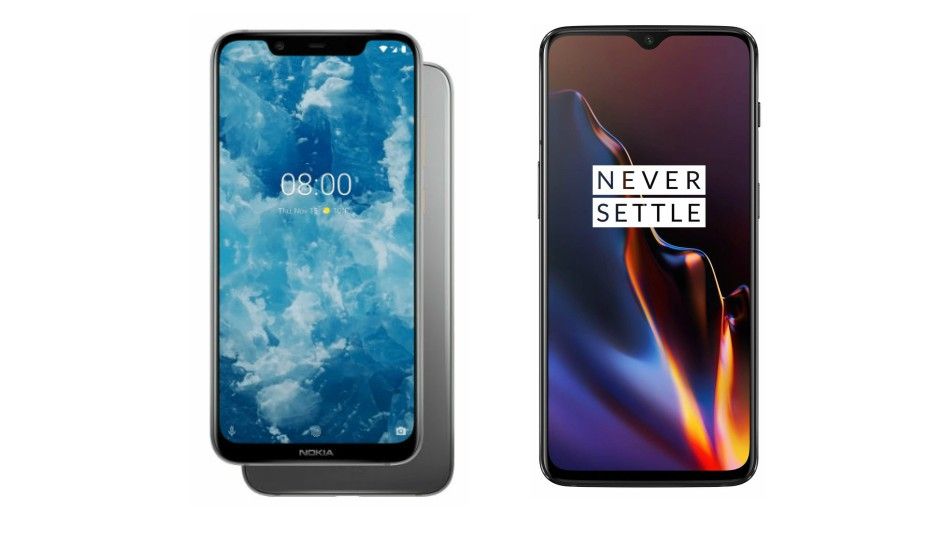 The Nokia 8.1 was introduced in India a few weeks back in December. Now, the phone is finally going on sale for the very first time on Amazon today. It comes with a Qualcomm Snapdragon 710 octa-core processor and priced at Rs 26,999. On the other hand, we have on of the most popular flagship killer OnePlus 6T, which was launched this year with an in-display fingerprint sensor and Qualcomm Snapdragon 845 processor. Let’s do a quick specs comparison of the two to see whether the Nokia’s 8.1 would able to compete with the OnePlus 6T in Indian markets? 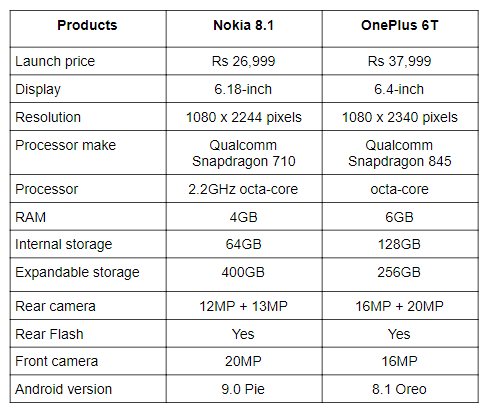