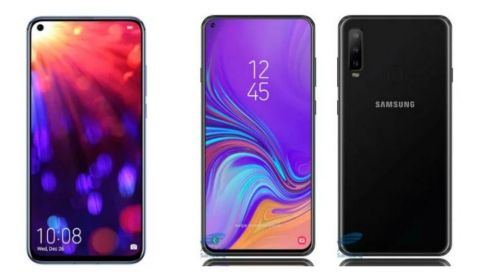 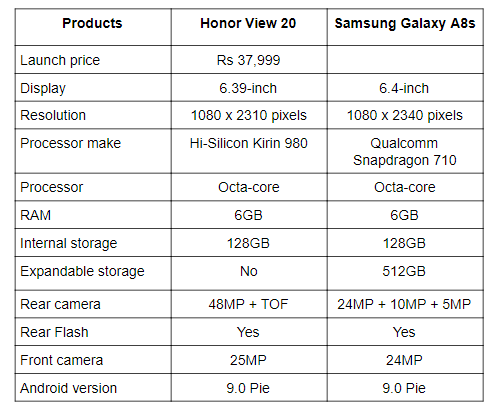 As far as the cameras are concerned, the Honor View 20 has a 48MP camera on the back, which is accompanied by a TOF 3D camera. On the front, the device has a 25MP sensor. The Samsung Galaxy A8s has a triple 24MP + 10MP + 5MP rear camera along with a 24MP selfie camera.

The Honor View 20 has been officially launched in India today. The phone will go on sale tomorrow via Amazon. Interested buyers can also get a 5% discount on making payment through the bank’s debit or credit card. On the other hand, the Samsung Galaxy A8s is expected to make its debut in India very soon this year.