Spec comparison: Motorola One Power vs Nokia 6.1 Plus 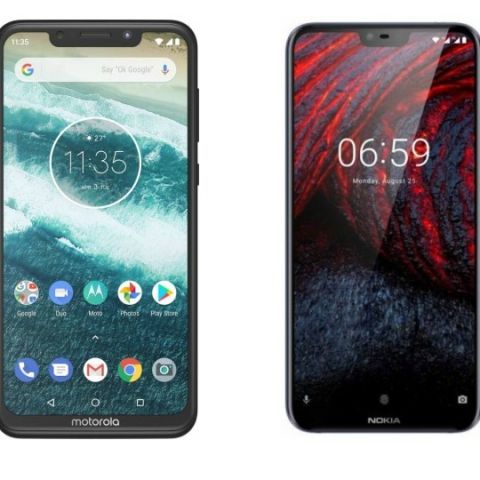 The Motorola has finally announced an Android One smartphone in India. Called the Motorola One Power, it is priced at Rs 15,999 on Flipkart. The Motorola One Power is also the first smartphone by Motorola that sports a notch at the top of the display. One of the biggest competitors to the new phone is the Nokia 6.1 Plus, which is also a part of Android one program and consists quite similar features like One Power. So let’s compare these two devices to see what they have to offer on paper.

Let’s begin with comparing the display of these two devices. The Motorola One Power sports a bigger display than the Nokia 6.1 Plus as it has a 6.2-inch screen size in comparison to the Nokia 6.1 Plus, which comes with a 5.8-inch display. So, if you’re the one who consumes a lot of videos and movies on your smartphone then the Motorola One Power might be the device you can look forward to. When it comes to the performance, both devices come with a Qualcomm Snapdragon 636 processor and packs 4GB RAM and 64GB internal memory.

Coming to the cameras, both of these devices have a dual 16MP + 5MP camera setup at the back. However, if you’re more of a person who uses the front camera more than the rear one then the Nokia 6.1 Plus will be going to grab your attention more. The Nokia 6.1 Plus comes with a 16MP unit on the front, while the Motorola One Power has a 12MP front camera.

spec comparison Nokia 6.1 Plus vs Motorola one Power
Advertisements