Today, we are comparing Motorola’s new Moto G6 Plus with one of the most popular device of the mid-range segment, the Xiaomi Redmi Note 5 Pro. 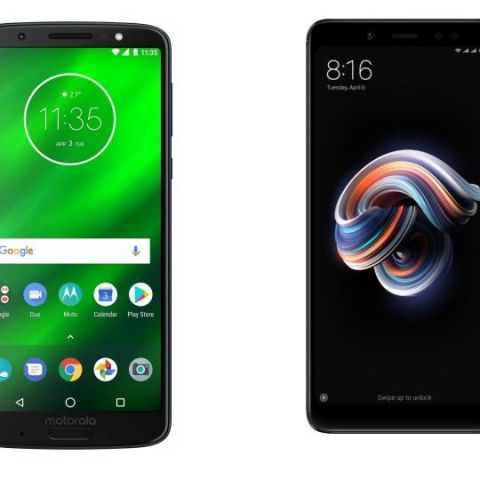 After a long wait, Motorola launched the Moto G6 plus in India on September 10. The 6GB/64GB variant of the Moto G6 Plus is priced at Rs 22,499 in India. The smartphone runs on stock Android 8.0 Oreo and expected to receive Android 9 Pie update soon. On the other hand, the Xiaomi Redmi Note 5 Pro with a dual-camera set up at the back is pretty much in demand since the time of its launch. The device is available on Flipkart for Rs 14,999, which is almost Rs 7,000 less than the Moto G6 Plus. Here's a quick spec comparison between the two devices.

Let’s move to the cameras, both devices have a dual 12MP + 5MP camera setup at the back. However, the Xiaomi Redmi Note 5 Pro might interest those more who love to take selfies as it has a 20MP unit at the front, in comparison to the Moto G6 plus, which comes with an 8MP sensor.