Lee Jae-yong was arrested on charges of bribery and influence-peddling, causing the impeachment of South Korea’s 11th President, Park Geun-hye. He is also accused of bribing state officials to influence an important merger. 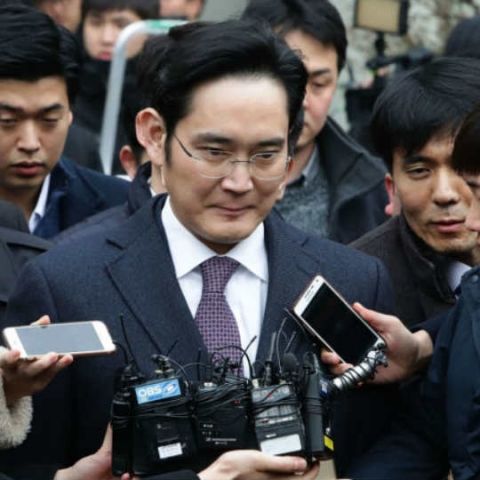 Samsung chief and heir, Lee Jae-yong has finally been arrested on charges of bribery, following a corruption probe. Lee has been charged for influence-peddling, the use of position or political influence on someone's behalf in exchange for money or favours, causing the impeachment of the 11th president of South Korea, Park Geun-hye.

The arrest warrant for Lee was decided upon by the Seoul Central District Court on Friday, making him the first leader at Samsung to be arrested on criminal charges. Lee was being held at a detention center on Thursday as the court came to its decision.

Lee is the current Vice Chairman of South Korea-based Samsung Electronics. He is also the son of Samsung’s head, Lee Kun-hee, and by that relationship, heir to the Samsung empire. Lee has been accused of bribing $40 million to Park’s confidant, for influencing policy changes. The central character in one of South Korea’s biggest political scandals ever, Choi Soon-sil, was apparently using her strong ties with Park to extract donations of more than $70 m from local firms. These funds are believed to be used by Choi for her own personal benefit. Samsung was the largest contributor to these foundations and the company is also accused of funding Choi’s daughter’s equestrian lessons in Germany. Another Samsung employee, who is also the head of Korea’s Equestrian Federation, may soon face arrest in the same case.

Because of his involvement in the conspiracy, Lee has been under investigation by the authorities since a while now. He was also interrogated on several occasions in the past, but was not arrested due to inconclusive evidence presented. While Lee has now been arrested, a Samsung statement said on Wednesday that the company had “not paid bribes nor made improper requests to the President seeking favours.”

State prosecutors are further investigating Lee’s role in paying Choi to influence the merger of Samsung C&T and Cheil Industries back in 2015. The said merger was stone walled by many Samsung investors and was consequential in easing Lee into his leading role at Samsung, after his father suffered a heart attack in 2014. The merger later went through because of the approval of Seoul's state pension fund, one the largest shareholders in Samsung.