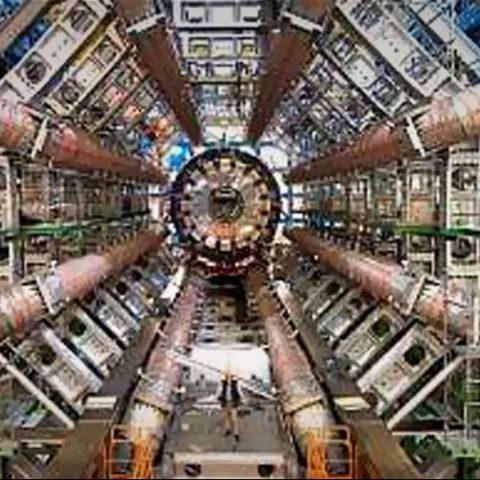 Physicists working at the CERN laboratory on the Large Hadron Collider's (LHC) Compact Muon Solenoid (CMS) and A Toroidal LHC Apparatus (ATLAS), claim to have discovered a particle which resembles the elusive Higgs boson popularly known as the God particle which is the key to understanding the formation of the universe in a way. At a seminar held at CERN, the ATLAS experiment – one of the seven particle detector experiments at the LHC – presented its preliminary results observing a new particle in the mass region of around 125-126 GeV.

“We observe in our data clear signs of a new particle, at the level of 5 sigma, in the mass region around 126 GeV,” said ATLAS experiment spokesperson Fabiola Gianotti. Which means that scientists are 99.999 percent sure of the results or a false positive probability of 1 in 9 trillion!

Although the results are preliminary, based on data collected in 2011 and 2012 with the 2012 data still under analysis. The complete results will be presented towards the end of the year when the LHC will have completed more experiments with more data. The announcement definitely points to a new particle's discovery which fits the description of the Higgs boson.

In a leaked video from CERN, which is now taken off from the CERN website, Joe Incandela, the CMS experiment spokesperson says, “We've observed a new particle... we have quite strong evidence that there's something there with a mass roughly 130 times the mass of the proton.”

According to the Standard Model – a theoretical model which describes the fundamental particles and forces that control the Universe - the Higgs boson provides mass to all other particles. The experiments being conducted at the LHC aim to collide protons travelling towards each other at the speed of light. The debris that would be formed after the collision would be examined. Here is a graphical video of the same collision.

Here is the video that was taken off by CERN but which is still available on the net. Do also check out the live webcast of the news conference announcing the discovery, here.