Nucleus Scientific tech could charge your phone in minutes 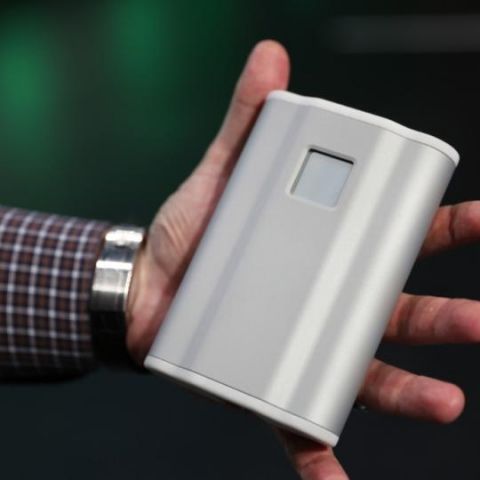 Nucleus Scientific, an American company, has unveiled new tech that could charge a phone in minutes. The company wants to develop technology that would full recharge a Tesla electric car in the same amount of time it takes to fill a car's fuel tank.

The company has developed a new suite of battery technologies called Intelligent Energy System, that can change the way energy is stored and transferred. The battery technology can extend the life of a battery and is already being applied to batteries in the next generation of devices.

Nucleus Scientific's advanced charging technology can be used on devices that range from smartphones to electric vehicles. The tech can charge a smartphone-appropriate in just 5 minutes, while extending the cycle lifetime by over 460%. The company also demonstrated a working system for an electric scooter battery, which could be charged in just 10 minutes, instead of the 280 minutes required for a 12 km ride. The company demonstrated a 10,000 mAh engineering prototype power bank that could charge fully in just 15 minutes instead of hours.

The company was founded by Ian Hunter in 2007, who is a Professor of Mechanical Engineering at MIT and head of the Bioinstrumentation Laboratory. The team is a mix of PhDs in physics, chemistry, engineering and many are from MIT. The company is planning to license the patented technology and is already in talks with several established companies about incorporating their hardware and software solution into existing and future product lines. Nucleus Scientific says that the technology can be applied to various configurations of lithium-ion and lithium polymer batteries. The tech could be used in a wide range of devices from smartphone batteries to large electric vehicles.

Internet giant Google, Apple and Tesla Motors have all being working on developing new technology that would improve battery life. Google's X Lab team is working on at least 20 battery-dependent projects that could be used in consumer products like Google Glass, smart contact lenses as well a self-driving car that runs on batteries. Tech giant Apple has been forming a "large scale battery division", while car manufacturer Tesla Motors is opening a Gigafactory to produce batteries.