Lucknow Police to use pepper spraying drones on unruly crowds

Lucknow Police is planning to use pepper spraying drones to control unruly crowds. 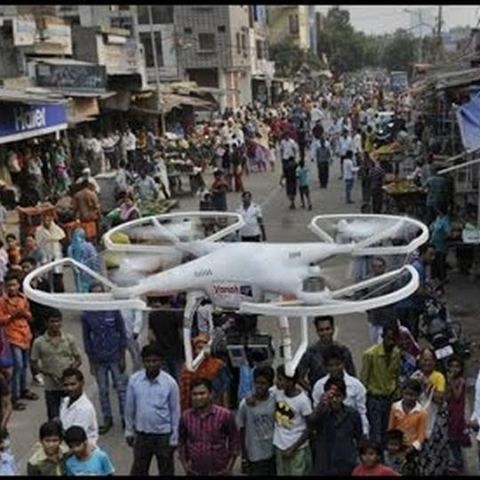 The Lucknow police department is the first one in the country to purchase five weaponised drones that can spray pepper on unruly crowds. Each drone can carry a load of up to 2Kgs and costs approx Rs 6,00,000.

Police chief of Lucknow, Yashasvi Yadav stated that his officers have successfully test-flown the newly purchased drones with a view to better crowd control. The drones are equipped with high-resolution cameras and can carry two kilograms of pepper. The drones can fly within a one-kilometre radius of their operator. Read: Facebook, Google working on drones for greater Internet connectivity

Lucknow which is the capital of Uttar Pradesh is the eighth most populous city in India with a population of two million. Aerial robots have been used in the city before for surveillance and imagery during religious festivities in the past.

“The results were brilliant. We have managed to work out how to use it to precisely target the mob in winds and congested areas,” Yadav stated.

“Pepper is non-lethal but very effective in mob control. We can spray from different heights to have maximum results,” he said.

The idea of pepper spraying drones seems good for UP which has seen a lot of communal clashes in the past. They would give the police easy access to situations that threaten public safety in a congested city like Lucknow. However, a police officer could easily differentiate between innocent bystanders and mischief makers, while it may be difficult for drone operators to assess the situation from far. Still, the drones could prove useful in scattering a crowd when necessary.