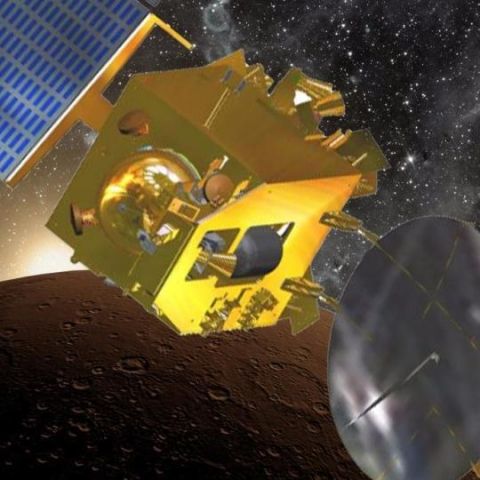 It is a proud day for the Indian Space Research Organisation (ISRO). Its ambitious low-cost Mars Orbiter Mission (MOM), also known as Mangalyaan, was successfully placed in Mars' orbit on Wednesday morning.

Congratulating the ISRO team, Prime Minister Modi said: "History has been created today. We have dared to reach out into the unknown and have achieved the near impossible."

"Through your hardwork you have made it possible to achieve the impossible. History has been created and with today's success, India is the only country to succeed in its very first attempt," he added.

What is red, is a planet and is the focus of my orbit? pic.twitter.com/HDRWjOcPus

With today’s spectacular success, ISRO joins an elite group, of only 3 other agencies worldwide to have successfully reached red planet: PM

The orbit insertion started in early hours at 4.17am when the spacecraft switched from medium gain antenna for receiving and emitting radio signals. The main engine was ignited at 7.17 am, after rotating the Orbiter in the direction of Mars at 6.57am. 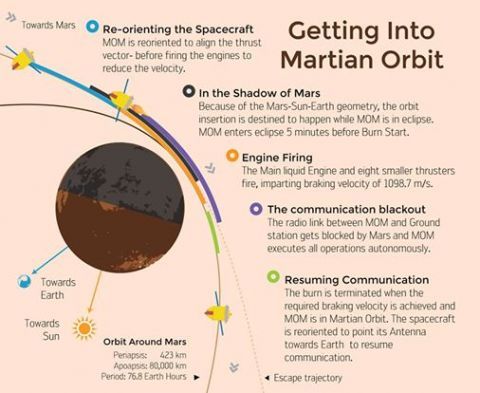 ISRO's Mars mission carries five scientific payloads to observe Martian surface, atmosphere and exosphere extending up to 80,000 km for understanding of the evolution of that planet, especially the related geologic and the possible biogenic processes on that interesting planet. These payloads consist of a camera, two spectrometers, a radiometer and a photometer.

ISRO had begun working on the Mangalyaan with a feasibility study in 2010. The project was approved in 2012. The total project is estimated to be about Rs. 4.54 billion, the satellite costs around Rs. 1.53 billion. ISRO had planned the launch on 28 October 2013 but had to postpone it 5 November 2013 after a delay in ISRO's spacecraft tracking ships to take up pre-determined positions because of poor weather in the Pacific Ocean.