Intel's Thunderbolt 3 standard may see greater adoption from next year 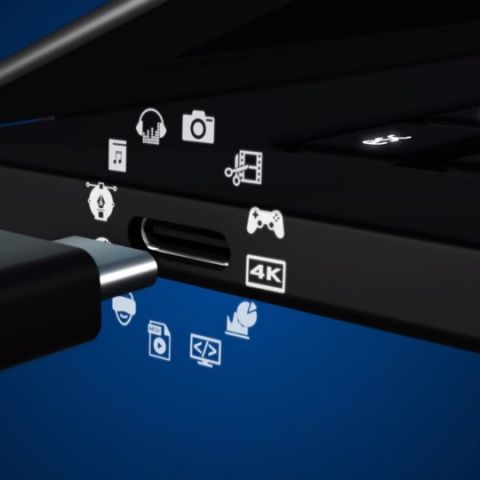 Earlier today, Intel announced that its Thunderbolt 3 standard will be integrated into future Intel chips, and that the standard will be made available to the rest of the industry royalty-free by next year. The standard, which Intel introduced to the market last year, is one of the fastest and most versatile standards that works over a USB 3.1 Type-C port. A Thunderbolt 3 port can support two 4K @ 60Hz displays, data transfer speeds of up to 40Gbps and power output of 15W to 100W.

All devices that currently use the standard have a dedicated chip called ‘Alpine Ridge’. It is a proprietary chip and since its launch, only high-end machines have incorporated it. Intel wants to change that and drive the standard’s adoption. It claims that is one of the reasons why it wants to make the standard available royaly-free . This means that future AMD may include the controllers required for the standard on its future chips. 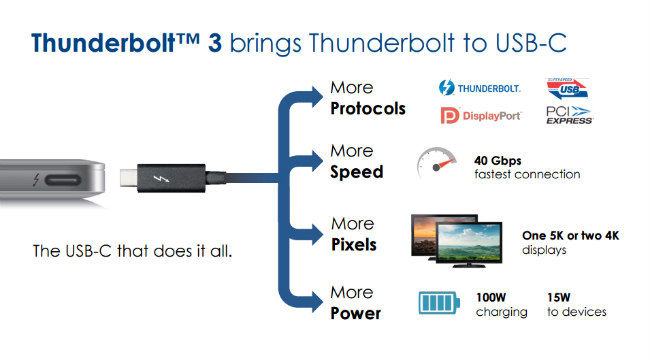 This move from Intel may also change the smartphone. ARM may be able to bring the standard to its chip architectures in the future. This would open up multiple connectivity avenues for smartphones, including running a 4K display directly from the phone, or even faster charging.

The addition of Thunderbolt 3 on future Intel chips could allow standard ultrabook sized laptops to be hooked to external GPUs, without a complex proprietary interface. This would give gamers a big boost in their system’s capabilities. While, this idea is nothing new, with Alienware and Razer having their own proprietary solutions, it is still not that widely used.