The solar eclipse will happen on the longest day of the year on the summer solstice when the Earth’s pole will be titled the most towards the sun. 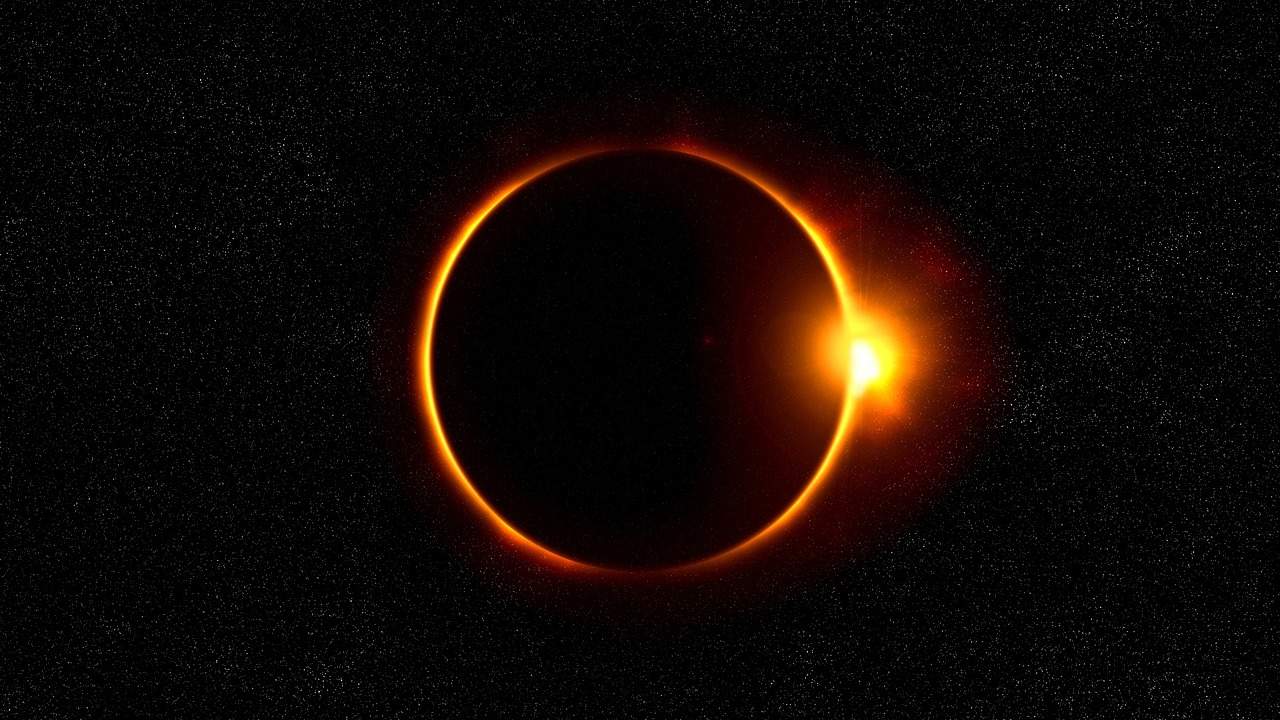 A dramatic ‘ring of fire’ solar eclipse can be witnessed from a narrow band stretching from West Africa to the Arabian Peninsula, India and Southern China on June 21, 10:26AM IST.

Called an Annular solar eclipse, it occurs when the moon, passing between Earth and Sun, doesn’t completely obscure the sun, causing a thin, bright ring visible. Annular eclipses occur every year or two, but can only be seen from a narrow pathway across the planet.

The solar eclipse, quite interestingly, will happen on the longest day of the year on the summer solstice when the Earth’s pole will be titled the most towards the sun.

The ‘ring of fire’ event will take place at 10:26AM IST in India, with the blackout lasting 1 minute 22 seconds. ‘Maximum eclipse’ will occur, with the solar halo over the moon over Uttarakhand at 12:10PM IST. The moon, Earth and Sun will align perfectly for just 38 seconds.

Where to watch June 21 Annular Solar Eclipse in India?

The ‘ring of fire’ phenomenon will be visible for just about a minute, and can be seen from places like Suratgarh and Anupgarh in Rajastham, Sirsa, Ratia and Kurukshetra in Haryana, and Dehradun, Chamba, Chamoli and Joshimath in Uttarakhand.

The eclipse will also be visible in countries like Congo, South Sudan, Ethiopia, Yemen, Oman, Saudi Arabia, and Pakistan.

This will be the last solar eclipse that can be seen from India for the next 28 months. The next eclipse will occur on October 25, 2022.