Honor held an event at IFA 2020 Berlin to launch new products. The new products includes two new wearables and two new laptops. The devices have all been launched for the European market, with some of them promised to launch later in India. 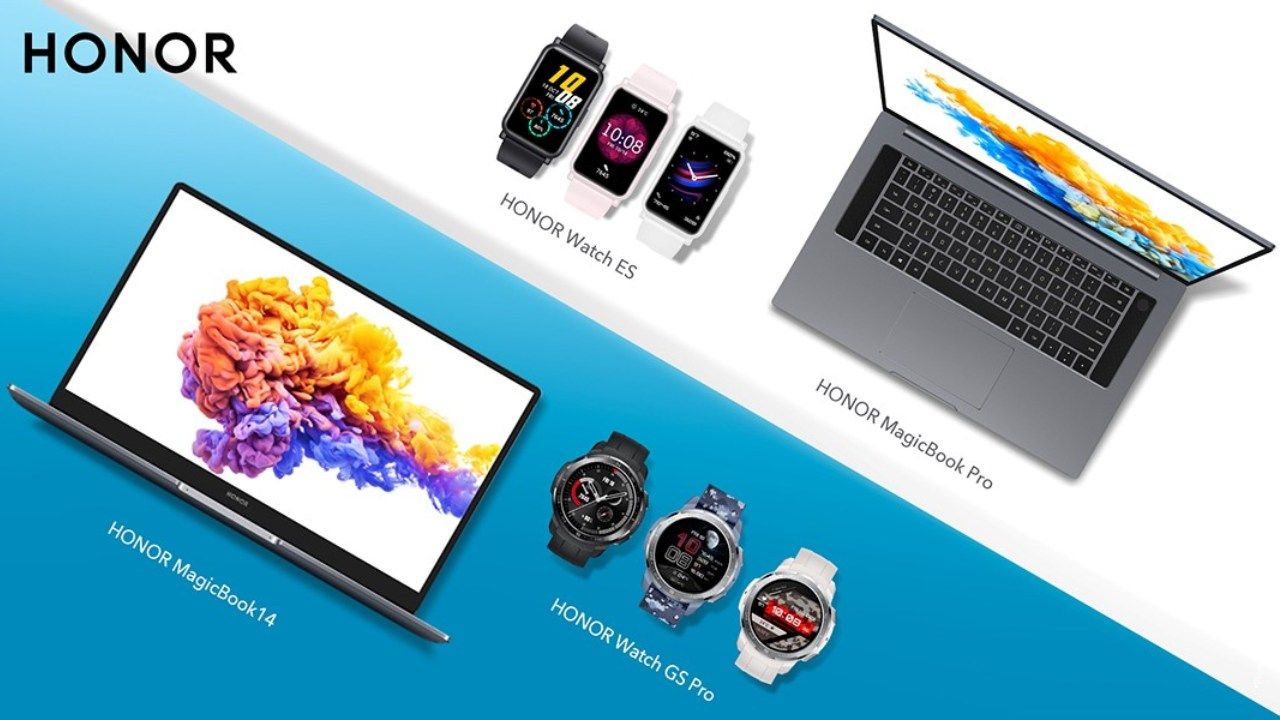 The IFA Berlin 2020 tech conference has kicked off with brands like Realme, Qualcomm and Honor hosting events to announce new products and talk about their roadmap. Honor’s event did see a host of new products that includes two wearables and two Ryzen-powered laptops.

The Honor GS Pro is a rugged smartwatch that rocksa a 1.39-inch OLED display in a stainless steel bezel around it. The watch is reportedly built to withstand external forces and accidental drops. The body itself is made of polycarbonate and is offered in Charcoal black, Marl White and Camo Blue colour variants.

The Honor Watch GS Pro’s watch faces information like the sunset/sunrise times, weather alerts, and more. The watch is capable of tracking multiple activities and comes with features like SpO2 monitoring, altitude levels and more. It’s also water resistant and can be used for underwater sports. There’s a GPS chip inside as well.

Honor claims a 25-day battery life on the Honor GS Pro and offers more than a 100 workout modes. The watch is priced at EUR 250 in Europe and will go on sale from September 7. Honor said that the watch will launch in India in October.

The Honor Watch ES is more of a smartwatch than a fitness wearable. There’s a 1.64-inch OLED display and allows users to accept calls, texts, and notifications. There are over 200 watch faces to choose from, according to Honor, including six different always-on watch faces. The watch is water resistant up to 50m, so you can wear this while swimming. There’s also a virtual personal coach that guides you through exercises. There are 12 exercise courses pre-fitted in the watch and 95 workout modes.

There’s automatic workout detection and there’s a period tracker for women, stress monitor and sleep tracker. Honor claims a 10-day battery life on this and will be available at a price of EUR 100 in Europe from September 21. The watch’s India availability has not been announced.

Coming to the laptops, the Honor MagicBook Pro rocks a 16.1-inch sRGB display with a 90-percent screen-to-body ratio. The laptop has a webcam embedded in the keyboard like the MagicBook 15, and therefore manages bezels as thin as 4.9mm. The laptop also weighs 1.7Kgs and is offered in a single space gray colour.

The MagicBook Pro runs on the AMD Ryzen 5 4600H CPU and features a dual fan and a heat pipe. There’s 16GB of RAM and 512GB storage.

The MagicBook Pro is priced at EUR 900 and will be available in select European countries from September 7. Honor also announced more markets will get the laptop in October.