Fusion 360 for MSMEs in MOU between Autodesk and Govt. Of Maharashtra 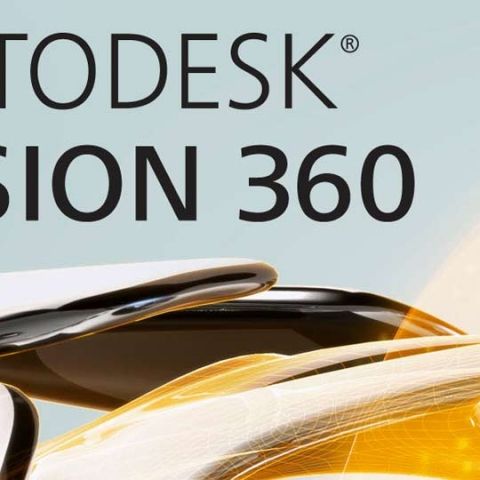 Autodesk, Inc., one of the leading 3D design technology companies in the world, has partnered with the Government of Maharashtra and signed a Memorandum of Understanding (MoU) to provide advanced design technology to local Micro, Small and Medium scale Enterprises (MSMEs).  May 5, 2016, onwards, Fusion 360, a Computer Aided Design (CAD) and Computer Aided Manufacturing (CAM) software tool that is cloud based will be available at very approachable terms to MSMEs registered with the Department of Industries, Government of Maharashtra, and with annual turnover less than INR one crore. Also, for the MSMEs with an annual turnover of more than one crore, the software tool will be available via Maharashtra government’s Mahaonline portal at a price of INR 1999 (plus taxes) with a two years validity.

Fusion 360 is a complete CAD, CAM and collaborative product development platform from Autodesk available on the cloud. It helps move easily between industrial design & mechanical engineering with direct, freeform and parametric modeling. It saves the extra cost for data management, simulation, and visualization. It enables you to work online, offline, Mac, PC or mobile. You just have to log in with your credentials and access your data anywhere on almost any device. Unlimited team members can be invited into a project and with full version control, you can also track any work done by a team member via the Live activity feed. There is also an option for public sharing via a link that will let anyone view the design with Autodesk’s free 3D viewer, even if they don’t have an Autodesk account. Click here for a quick primer on getting started with Fusion 360.

There has been significant focus on the MSME sector from the government as it is one of the largest employment generating sectors in the industry. This very initiative regarding Fusion 360 was actually agreed upon during the Make in India week in February earlier this year by the Government of Maharashtra and Autodesk. With the potential of providing local MSMEs the opportunity to develop their product quality and services, the initiative is in line with the Chief Minister’s Make in Maharashtra efforts to bring these local enterprises to international standards.

As the Chief guest at the launch event of Fusion 360, Apurva Chandra, Principal Secretary (Industries) of the Government of Maharashtra said, “We are glad to see global technology leaders like Autodesk coming to the forefront in helping the growth of MSMEs in Maharashtra. Our government will leave no stone unturned in ensuring that we provide the most congenial growth environment to the businesses in the manufacturing sector. With the cutting-edge design technology from Autodesk, we are confident to witness many innovative products being churned out by the MSMEs of Maharashtra. The potential applications of Fusion 360 are not just limited to the traditional users of CAD applications, but also to niche clusters such as an MSME that manufactures musical instruments”

Commenting on the initiative, Chief Minister of Maharashtra, Shri Devendra Fadnavis said, “Our Prime Minister’s vision for Make in India, Skill India, Digital India, Start Up India gets a boost with our partnership with Autodesk to offer Fusion 360 to MSMEs. This partnership of Government of Maharashtra and Autodesk will create a potential for Maharashtra MSMEs to become globally competitive and locally productive.”

A dedicated portal, www.bharatfusion360.com, has been launched by Autodesk to promote the achievements of MSMEs who have successfully used Fusion 360 to take their enterprises to new levels. This initiative to showcase their work also extends to several national and international platforms. Autodesk has also announced a training program for around 8000 MSME franchisees in the state to train them in the proper usage of the Fusion 360 platform.