Flipkart’s Big Shopping Days sale kicks off from July 16, and goes on till July 19. Here's what you can expect. 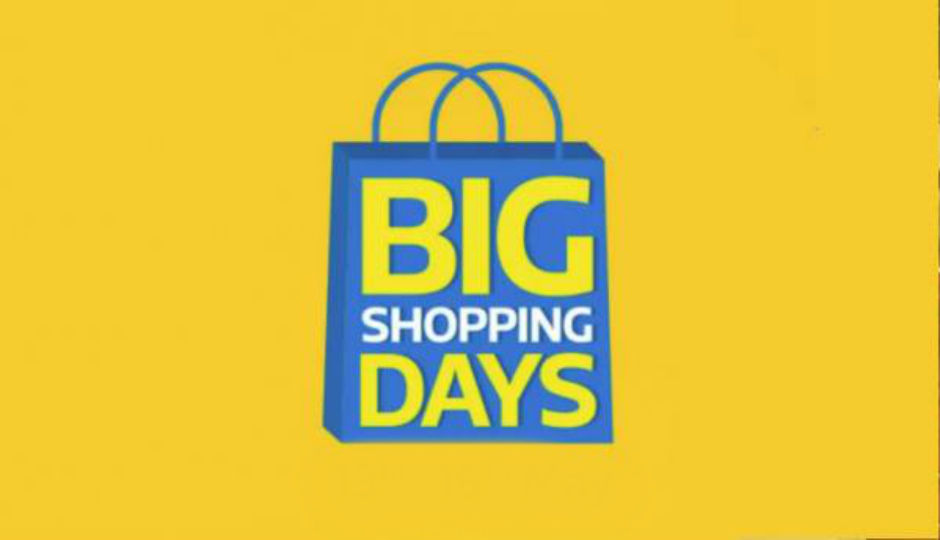 Close on the heels of Amazon's Prime Day sale, Flipkart has also announced that it will be hosting it own Big Shopping Days sale. The sale will be held from July 16 to July 19, which means it starts on the same day as Amazon’s Prime Day sale and goes on for longer. As always, the sale will encompass a wide range of products sold by Flipkart, but here at Digit, we’re all about the tech. So let’s take a look the tech deals at what you can expect during Flipkart’s Big Shopping Days sale.

Flipkart says that it will be offering deals and discounts on over 1,500 models of mobile phones. This includes the Google Pixel 2 (review), which will be available Rs 42,999 during the sale. There's an extra Rs 3,000 off on exchange and a cashback of Rs 8,000.

Apple iPhones will also be on sale during Flipkart's Big Shopping Days. However, it is not known how much they will be available for and what will be the discounts on offer. On the other end of the spectrum, we have feature phones which will also be on sale.

During the Big Shopping Days sale, Acer’s gaming laptops will be on sale. The cheapest of the bunch, the Predator Helios 300 (review), will be available for Rs 63,990, down from its original price of Rs 89,990.

Flipkart will also be offering Intel Core i5 equipped laptops starting at Rs 35,990, with exchange offers and no cost EMIs. Lenovo’s laptop, equipped with the same processor and Nvidia GeForce 940MX graphics will be available at Rs 36,990.

Flipkart will be offering up to 80 percent off on cameras and accessories, like memory cards, tripods and lenses. It will also be offering exclusive deal on the Google Home smart speakers as well as the Chromecast. However, the exact deals on both these devices is not yet known.

Wearable devices such as fitness trackers will start at Rs 1,299 during the sale. The Apple Watch Series 3 will also be available at a discount.