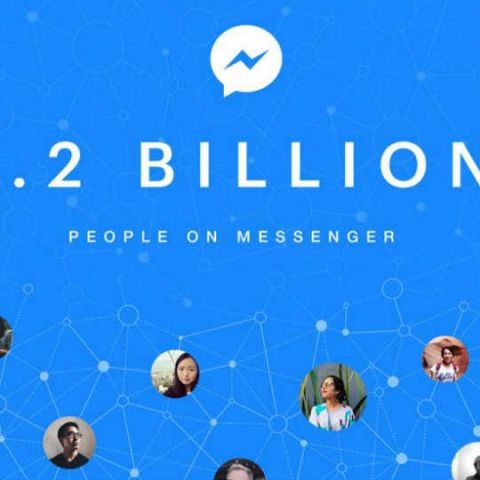 Faceboook says its Snapchat-clone called 'Messenger Day' off to a good start among teens.

Messenger, Facebook's universal messaging platform has grown to 1.2 billion monthly active users. The service had 1 billion MAUs in July and 800 million MAUs in January. While the growth has been slow this time, the service has seen plethora of new feature enhancements in the past few months.

Apart from WhatsApp and Instagram, Messenger continues to be one of the most important product for Facebook. The service was one of the first to get chatbots and recently gained support for group payments. Facebook's Snapchat Stories clone was also tested first within Messenger before being rolled out as Messenger Day.

"We increased engagement massively in terms of number of messages sent per active user. We had double-digit growth percentage-wise" Facebook’s head of Messenger David Marcus told TechCrunch. He added that "Messenger Day is off to a good start and teens are the most frequent users."

Back in February, Facebook had announced that its social networking platform has grown to 1.86 billion users. Messenger recently gained support for its AI assistant named M and the app has constantly topped charts of App Store and Google Play.

Facebook Messenger has already morphed from a regular messaging platform to support commerce and payments. With Messenger's userbase growing, the company is experimenting with ways to make money via ads without affecting the user experience.