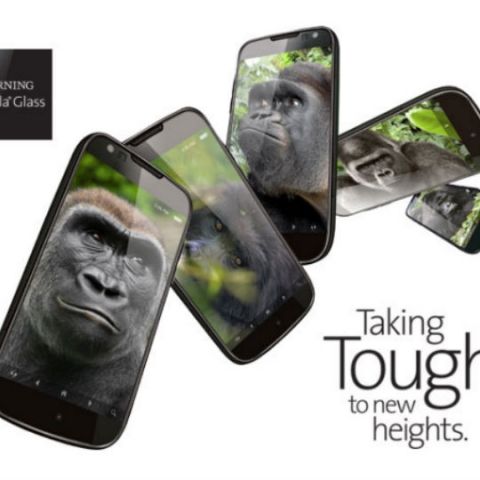 In laboratory tests, the new glass survived up to 80% of the time when dropped facedown from a height of 1.6 meters on rough surfaces.

Corning has unveiled the next iteration of Gorilla Glass, a toughened glass used on most touchscreen devices. Called Gorilla Glass 5, the company says that the new glass can survive drops on rough surfaces up to four times better than competitive surfaces. It also adds that in lab tests, Gorilla Glass 5 survived up to 80 percent of the time when dropped face down from a height of 1.6 metres on to rough surfaces. The toughened glass is commercially available, and is expected to be included on products later this year.

John Bayne, Vice President and General Manager, Corning Gorilla Glass stated, “With each successive generation of Corning Gorilla Glass, we have taken cover glass technology to new levels. Gorilla Glass 5 is no exception, extending Corning’s advantage in drop performance over competitive glasses. With many real-world drops occurring from between waist and shoulder height, we knew improving drop performance would be an important and necessary advancement.”

The previous iteration of Corning’s toughened glass, Gorilla Glass 4 was released in 2014. The glass was able to withstand drops from up to a height of 1 metre and is being used on a number of devices like the Google Nexus 6P.