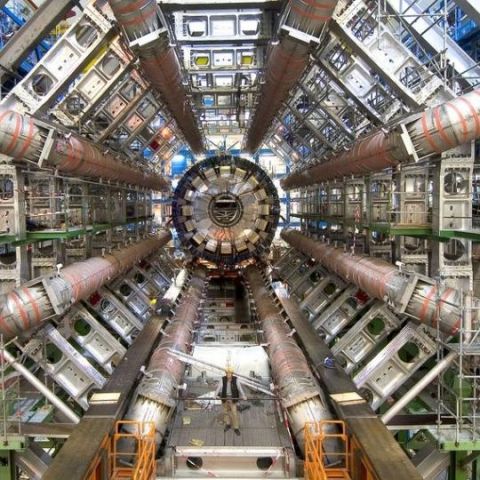 Scientists are gearing up to launch the Large Hadron Collider, the atom smasher which has been called "one of the greatest engineering milestones of mankind," again.

CERN, the European Organization for Nuclear Research has stated that the atom smasher is nearly cooled to its perfect operating temperature of 1.9 degrees above absolute zero, so scientists will soon be able to run the needed tests before they circulate proton beams again for the first time in more than two years.

"After the huge amount of work done over the last two years, the [collider] is almost like a new machine," said Frederick Bordry, CERN's director for accelerators and technology, in a statement. "Restarting this extraordinary accelerator is far from routine. Nevertheless, I'm confident that we will be on schedule to provide collision experiments by May 2015."

The Large Hadron collider, is a 17-mile, underground, vacuum-sealed loop meant to help scientists find clues to some of the biggest questions relating to dark matter, the Big Bang theory and Higgs boson. By crashing the particle beams into each other, the atom smasher replicates the conditions in the universe just moments after its inception.

Scientists studying the data produced by the collider had reported that they were nearly positive that they had found the Higgs boson, also known as the "God particle" because of its importance to how the universe works nearly two years ago. In Feb 2013 the collider was shut down for an overhaul and upgrade. Now CERN reports that the collider, will be able to operate at twice the energy of its first run in 2008.

"With this new energy level, the [collider] will open new horizons for physics and for future discoveries," said CERN Director-General Rolf Heuer. "I'm looking forward to seeing what nature has in store for us."