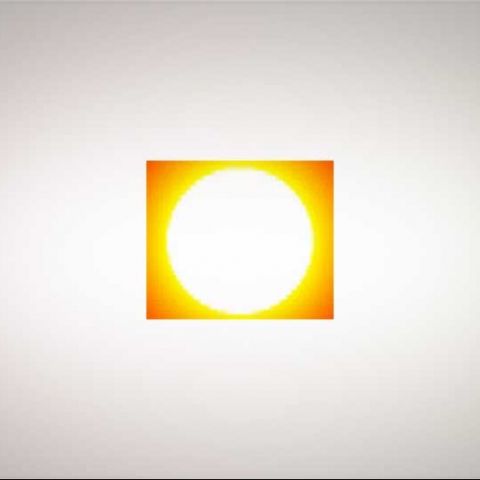 Scientists at CalTech have designed a reactor that uses sunlight to create liquid hydrogen fuel. The prototype is already small enough to be used in domestic areas, and in its present iteration, produces an average of 11.4 litres of fuel each day.

The reactor uses an abundant mineral, cerium oxide, as the primary catalyst, which is another point for its favourable reception. It works by directing sunlight using a parabolic mirror into the reaction chamber to heat up the cerium oxide catalyst, which in turn releases oxygen atoms from its crystal lattice molecular structure.

When cooled back down, the cerium oxide pulls oxygen atoms from the surrounding chemicals (in this case, water and carbon dioxide) in the reactor, producing hydrogen and carbon monoxide, a gaseous mixture that can be used to create a variety of hydrocarbon fuels (as we saw in other recent renewable energy proposals, where carbon dioxide and water were once again used to make hydrocarbon fuels).

[RELATED_ARTICLE]California Institute of Technology's Professor Sossina Hail, one of the lead researchers on the project, commented on the importance of the cerium based catalyst, which is found relative abundance, especially compared to convential rare catalysts elements such as platinum and vanadium:  “The trick here is the cerium oxide, it is very refractory, it's a rock…But it still has this incredible ability to release oxygen. It can lose one in eight of its oxygen molecules…there is plenty of cerium for this technology to make a major contribution to global gasoline supplies.”

From what we’ve read on the technology, this theory technique doesn’t strictly require pure/freshwater to work, as the cerium oxide will liberate oxygen regardless (notwithstanding of course, some reactions with the impurities). If true, this could mean seawater, the most abundant source of water in the world, can also be used to create liquid hydrogen or hydrocarbon fuel – a utopian dream come true.