There was a lot more to Apple's event than just the iPhone 7. 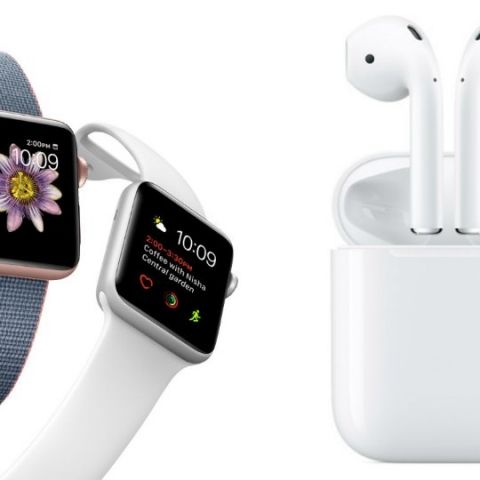 After numerous leaks, Apple finally took the covers off the iPhone 7. The device may have been the highlight of yesterday’s launch, but the company has announced a bunch of other things as well. Here are the other stuff that Apple announced during its event.

Apple Watch Series 2
It has been more than a year since Apple unveiled its first smartwatch, and the company has finally launched its successor. The overall design of the Apple Watch Series 2 is pretty much the same, but changes have been made on the inside. The Apple Watch Series 2 now comes with a built-in GPS module, so it will be able to record distance, speed and pace, even if the user has left his iPhone behind during the morning jog. Further, the Watch Series 2 also sports a dual-core processor and Apple claims that the display is two times brighter than its predecessor, capable of delivering 1000 nits brightness. The device is also water resistant by up to 50 meters. The company also unveiled WatchOS 3, and an upgraded version of the original Apple Watch. The new version is called the Series 1, and features the dual-core processor of the Series 2. 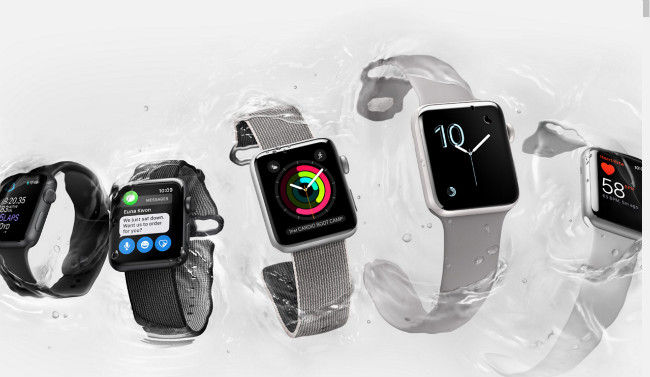 Apple also stated that users will be able to play Pokemon Go on the smartwatch. It will display the distance a player needs to walk in order to hatch an egg as well as the XP needed to reach the next level. The app will also let the player know when a Pokemon appears, or when they are near a Pokestop, without the need to look at their phone.

Apple AirPods
The launch of the iPhone 7 also confirmed the rumours of Apple ditching the 3.5mm audio jack in its new phone. Now users will have to use a pair of headphones with a Lightning Connector, or wireless headphones. Speaking of which, Apple has unveiled AirPods, a pair of completely wireless earphones (similar to the Samsung Gear IconX). The earphones are compatible with all Apple devices, and automatically connect to them when they are placed in the user’s ears. 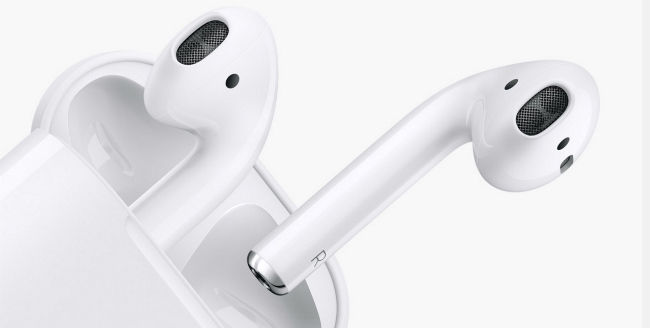 The AirPods sport a custom-designed Apple W1 chip, which the company says will help improve connection and offer better sound. Further, Apple also claims that the W1 chip manages the built-in battery well enough so that the earphones can offer 5 hours on a single charge. The AirPods also sports optical sensors and motion accelerometers to automatically control audio and engage the microphone. These are also used to let the device play sound when they are placed in the ears. Further, users can also tap on either of the AirPods to activate Siri and give commands.

The AirPods are stored in a case that also holds additional charges. Apple says that with the case, users can enjoy up to 24 hours of listening time. The company also claims that 15 minutes in the case will give the AirPods a charge to last for three hours. To check the battery level on the AirPods, users can hold the device next to their iPhone or ask Siri. The AirPods will be launched in India in late October and will cost Rs. 15,400. The US, the earphones are priced at $159 (approx. Rs. 10,500).

iWork, iOS 10, and more
Apple added real-time collaboration features to its iWork suite. Now, users will be able to work and edit documents, spreadsheets and presentations together, which is similar to what Google offers with its suite of productivity applications. The feature is available on Mac, iPad and iPhone. PC users can also access the feature via iWork for Cloud.

Apple also revealed that iOS 10 will start rolling out to compatible iPhones and iPads from September 13. iOS 10 was unveiled earlier this year and was available as Beta to users. The new OS features a new lockscreen and widgets, improved Siri, and more.

Besides unveiling a bunch of new products, Apple also announced that it was going to donate iPads, Macs and Apple TV to students as part of the ConnectED initiative.

These were the products and announcements made by Apple besides the new iPhones. If you want to know more about the new iPhone 7 and iPhone 7 Plus, click here.