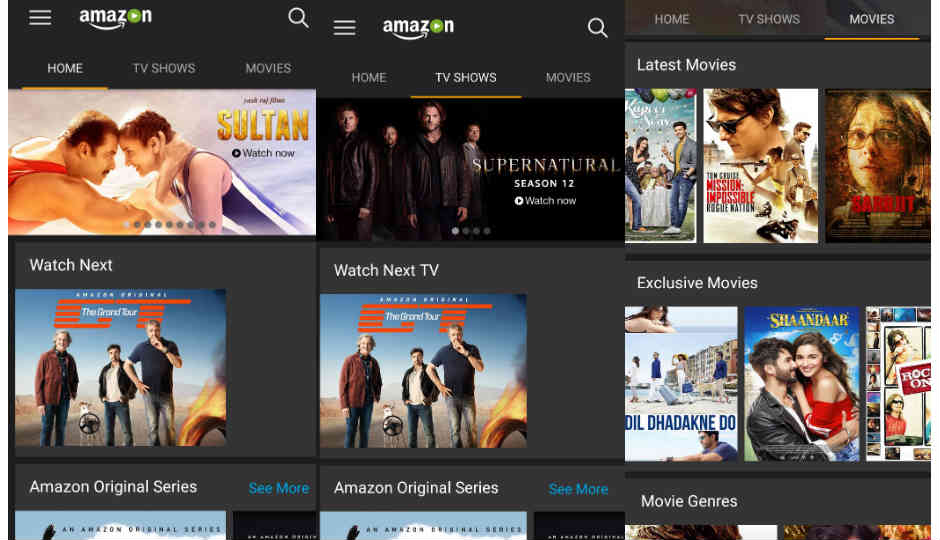 Amazon Prime Video is really compelling if you order stuff from Amazon already. The service is cheaper than Netflix or Hotstar for that matter. Netflix subscription starts at Rs 500 per month for a basic plan while Hotstar is priced at Rs 190 a month.

The star attraction in Amazon's catalogue is Jeremy Clarkson starrer 'The Grand Tour', which brings Clarkson, Richard Hammond and James May together after their departure from BBC's Top Gear. Amazon Prime Video also offers original content but its appeal seems limited in comparison with Netflix. Amazon has confirmed tie-up with Karan Johar's Dharma Productions and it is reportedly talking to gain access to IPL streaming rights.

At the moment, Amazon Prime Video app is very clean and easier to access with three set of tabs namely Home, TV shows and Movies. The Home currently shows Sultan, Chhota Bheem, Raaz and Kabali as the top options. There are also separate listing for Amazon Original Series and access to latest TV shows from the US.