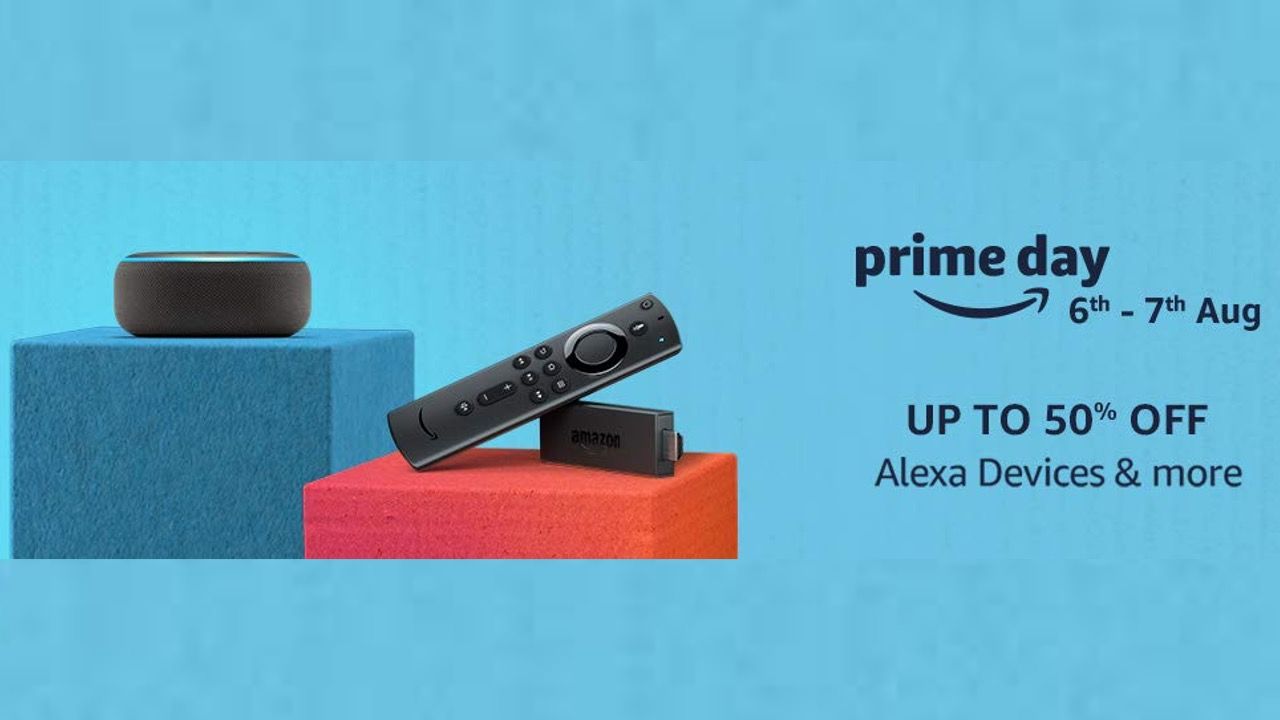 Amazon Prime Day 2020 is underway with some great deals and offers on a wide range of product categories including phones, laptops, smart home devices and more. The Prime Day is a two-day affair exclusive to Prime members and is the company’s flagship event of the year where subscribers get access to deals, price drops, flash sales and more.

The Prime Day also sees price drops on Amazon devices like Fire TV Stick, Kindle, Echo smart displays and smart speakers. This year Amazon is offering upto 50% off on its range of Alexa powered devices and some exciting offers to look out for. These deals include flat 40% off on Fire TV Stick and Fire TV Stick 4K, upto 60% off on Echo devices, Rs 4,000 off on Kindle e-book readers and more.

Amazon Fire TV Stick is one of the most popular streaming media player and during the Prime Day 2020 it has received a flat 40% discount. The Fire TV Stick and Fire TV Stick 4K are on sale at a discount of Rs 1,600 and Rs 2,400 respectively. Both the Fire TV Stick versions come with 2nd generation Alexa-based voice remote and you just need to plug it into your TV to watch movies and TV Shows from multiple streaming platforms. The Fire TV Stick comes pre-loaded with Netflix, Prime Video, Disney+ Hotstar, Zee5, Apple TV and more.

During the Prime Day 2020, Amazon is offering a special bundle with Amazon Echo Dot along with a 9W Wipro smart LED bulb at Rs 2,299. With the Echo Dot, users can control the smart bulb by just giving voice commands to Alexa and can even create a routine to manage it. The Echo Dot comes pre-loaded with Alexa and can answer all your questions on music, news, trivia, scores, weather and more. You can also use a smart plug in your home to voice control other devices such as ACs, Air Purifiers and more.

Amazon Echo Plus (2nd gen) is on sale during the Prime Day 2020 and is up for grabs at a flat discount of 50%. The Echo Plus is a smart speaker that comes preloaded with Alexa skills and can stream music from a wide range of sources including Prime Music, Spotify, JioSaavn, Gaana and Apple Music. In addition, you can also get the Echo Plus with 9W Wipro smart LED bulb by just shelling out Rs 50 more.

Amazon Echo Show smart displays lineup consists of the Echo Show 5 with a 5.5-inch display, Echo Show 8 with an 8-inch HD screen and Echo Show with a 10.1-inch HD display. These smart screens come built-in with Alexa skills and offer complete control of your smart home devices right from one screen. The Echo Show also serves as an entertainment device for your home which can play music, watch videos, video call your friends and much more.

Amazon Echo Studio smart speaker is on sale at Rs 18,999 after a discount of Rs 4,000. The Echo Studio is equipped with five speakers that are tuned by Dolby Atmos to produce thumping bass and crisp details. It automatically senses the room acoustics to deliver optimised audio performance and can stream music from sources including Prime Music, Apple Music, JioSaavn and more. You can also control your smart home setup like smart lights and smart plugs by giving voice commands.

Amazon Kindle (10th Gen) e-reader features a 6-inch glare-free display and comes with an adjustable front light that lets you read in dark environments as well. The new Kindle is very thin and lightweight for one-handed use and can go on for weeks on a single charge. There are thousands of titles available to read and store on this Kindle device as it comes with 8GB storage and Prime members get some of the titles for free as well. It is priced at Rs 6,499 after a discount of Rs 1,500.