The all-new Amazon Echo Dot (3rd Gen) got an 80% boost in its sound in compared to its predecessor. It would be interesting to see whether it is enough to make you dance or one should stay on a safer side and go with Amazon Echo rather than Dot? 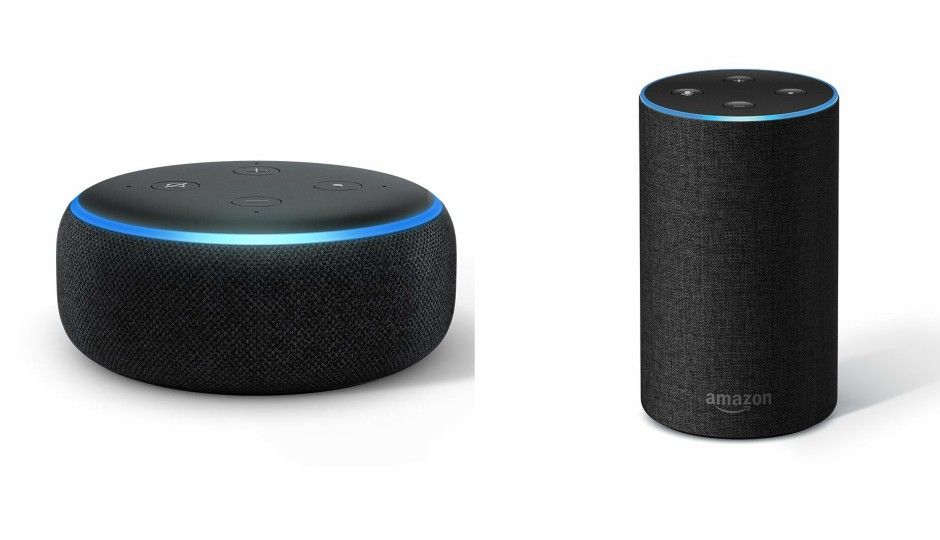 The first smart speaker by Amazon “Echo” was released four years ago. From then to now, Amazon is continuously expanding its smart speaker lineup in India and across the globe. The voice-controlled digital assistant “Alexa” by Amazon can do plenty of things besides playing music as you can ask general questions from her, tell her to make calls, order food, and even switch off/on smart lights on command. There are now hundreds of product out there in the market, which are compatible with these smart speakers such as Philips Hue lights, Alexa enabled headphones, speakers and more. Recently, Amazon has released 3rd Gen Echo Dot and Echo. Both of them offers the same voice assistant Alexa. So, you might be wondering what’s the difference is there between the two and which one would be the right one to buy?

Both Amazon Echo and Echo Dot comes with the cloud-based digital assistant “Alexa”, which can be controlled using voice command. The speaker is not just for playing music but can do a lot of things such as read news, tell you whether, set alarms, and even order food from apps like Zomato.

The omnidirectional 360 degrees microphone in it are designed to hear your sound from anywhere in the room. The wake-up word is “Alexa” by default and you can change it as well according to your preference. One can also connect the speaker to any device via Bluetooth.

When it comes to the size, the Amazon Echo is in a cylindrical shape, bigger than Echo dot and obviously heavier than the Dot as well. The new Echo Dot 3rd Gen is bulkier than its predecessor and quite heavier than the Echo Dot 2nd Gen as well. in short, it looks like a thick hockey puck.

A lot of people complained about the Echo Dot 2nd Gen sound quality as it was not loud at all. This time Amazon has made no mistake and improved the sound by 80% of its 3rd Gen Echo Dot. However, the Echo is obviously much louder than the Echo Dot.

As i mentioned earlier as well, both the device comes with the digital assistant Alexa and offers the same features and functions. The main difference between the two is sound. You can call the Amazon Echo a complete speaker as it is enough loud to make you move and lit up your house parties.

On the other hand, the Echo Dot 3rd Gen is 80% more loud than its predecessor and good with vocals. However, the bass is not that perfect but still it is considerable. Besides that, the Echo Dot can be carried anywhere easily as it is compact in size. The Echo is also portable but you at least need a bag to take the speaker with you outside.

Both the speakers are equipped with a 3.5mm audio jack that allows you to connect them to an external speaker. So, if you already have a good portable speaker at your home and you are looking to turn it into a smart one then Echo Dot can do the job for you.

Other than the size and sound, the cost is one of the main factors that everyone considers before buying. The Amazon Echo is available in India for Rs 9,999, while the New Echo Dot is priced at Rs 4,499.