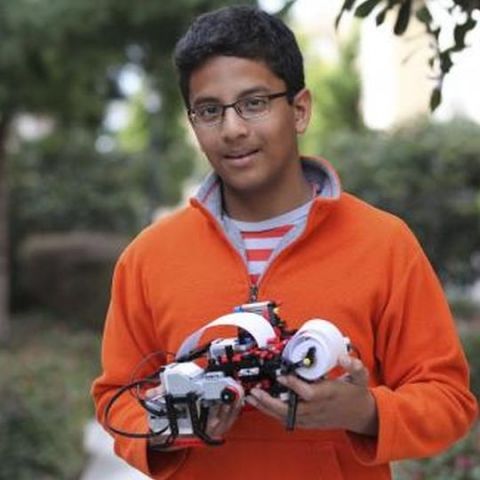 A 13-year-old Indian-origin boy gets funding from Intel to make a low-cost Braille printer.

Shubham Banerjee is one of the world's youngest venture capital-backed entrepreneur. The 13-year-old Indian origin boy has secured funding from Intel to manufacture a low-cost Braille printer.

The San Jose based, California middle-schooler received an early-stage funding round with Intel Capital, last month for his prototype of a low-cost Braille printer. Banerjee was inspired by a fundraising flyer about the blind to create a high-tech version of Legos into a device that could print in Braille. The teenager hopes to mass-produce the printers and sell them for about $350, which is far less than Braille printers cost now.

Banerjee worked on incorporating an Intel Edison chip, a processor aimed at hobbyists, into the printer over the summer. Intel invited Banerjee to a conference in India to highlight uses for Edison, where Intel executive Mike Bell announced that they would invest in his company, Braigo Labs.

Banerjee and a spokesman for Intel Capital have declined to disclose the amount of the investment, but a person familiar with the matter have said that it is a few hundred thousand dollars. The young entrepreneur plans to use the money to build a better prototype of the printer and test it with more groups for the blind. Read: World's first Braille smartphone designed, due at less than Rs 10000

Venture capitalists is silicon valley prefer to fund youth over experience. Other young entrepreneurs that have hit big is their mid-teens were Nick D'Aloisio, creator of online news aggregator Summly, was just 17 when Yahoo bought his company last year for $30 million. Brothers Patrick and John Collison, behind payments service Stripe, were just 19 and 16 when they sold an earlier business to a Canadian company for $5 million.