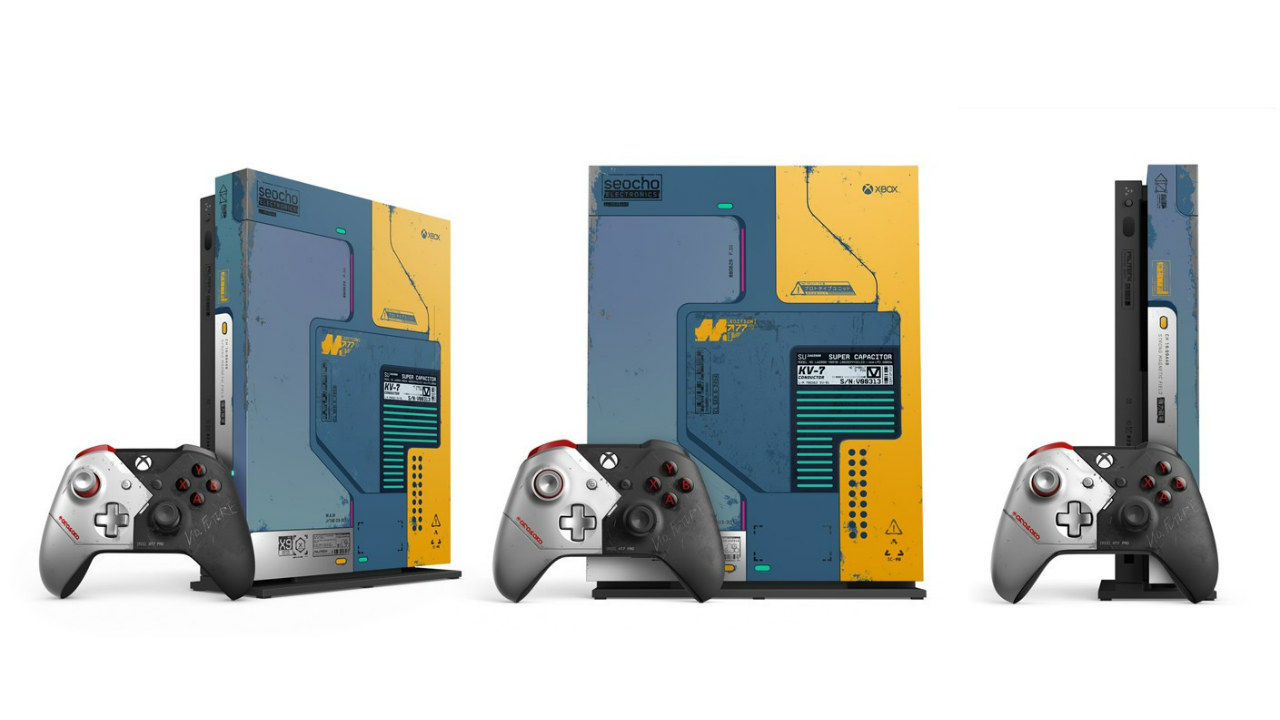 The Xbox One X Cyberpunk 2077 Limited Edition debuts on Amazon Prime Day 2020 Sale: Here is how you get one

The bundle will contain a console that features a “cybernetic design” with glowing elements, colourful panels and colour shift effects. It also features graffiti to make it more in tune with the theme and setting of the Cyberpunk 2077 video game. Speaking of the game, it will be available as a full digital download when the game releases after being delayed a few times on November 19.  The bundle offers 1TB of storage and will also feature a Cyberpunk 2077 themed wireless controller. The controller is said to be inspired by the in-game character, Johnny Silverhands, who in turn is based on the actor, Keanu Reeves. Hardware-wise, the controller is pretty much the same as any other Xbox One X controller. This limited edition version of the controller will be available separately for $79.99 (approximately Rs 6,100). Microsoft also noted in its press release that it will be unveiling other “surprises that come packed with this bundle.”

Players can also pick up a Cyberpunk 2077-themed expandable storage from Seagate for the Xbox One X Cyberpunk Edition. Called the Seagate Game Drive for Xbox: Cyberpunk 2077 Special Edition, it is available in 2TB and 5TB capacities. Once plugged, the console should automatically detect the drive and guide you through the installation process. Prices for the drives are not yet revealed but should be available in June.

After the initial delay, the game will now release on November 19 and the developers of the game have also announced that those who purchase the game for the Xbox One, will receive a free upgrade to the Xbox Series X version through Smart Delivery.