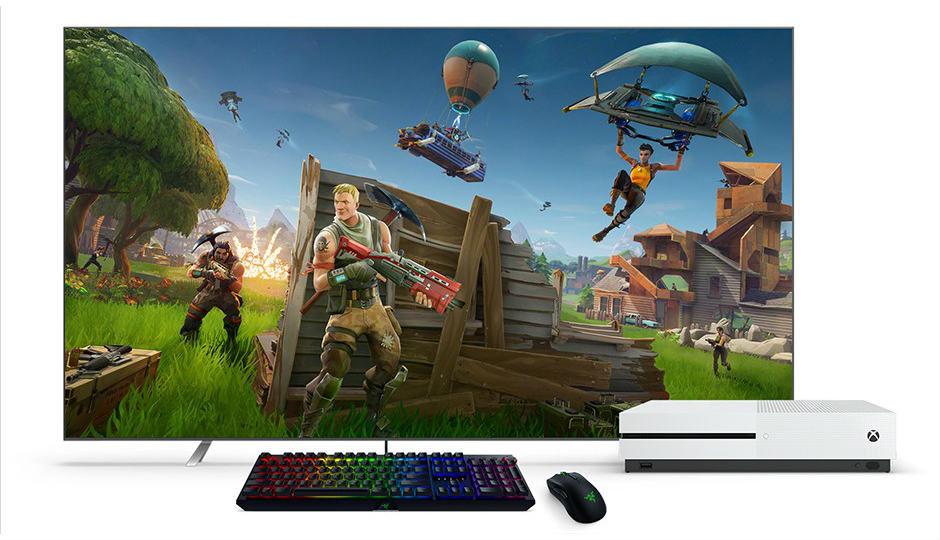 Xbox One gets keyboard and mouse support via November 2018 Update

The November 2018 update is currently being rolled out to Xbox One users and with it comes support for mouse and keyboard. The feature now gives players more choices with how they want to play games on the console. As previously announced, Fortnite Battle Royale will be one of the first games to support keyboard and mouse input on Xbox One. Matchmaking will also ensure that players using the same input will be grouped together in order to ensure a fair experience for all. Alongside Fortnite, Warframe will also also support keyboard and mouse input. Other games that will support the feature in the future with Bomber Crew, Deep Rock Galactic, Strange Brigade, Vermintide 2, War Thunder and X-Morph Defense adding support in November, and Children of Morta, DayZ, Minion Master, Moonlighter, Vigor, Warface, and Wargroove adding support at a later date.

Microsoft also re-confirmed that it was working with gaming peripheral manufacturer, Razer, to create a ‘Designed for Xbox’ mouse and keyboard. The company notes that the accessories will be designed from the ground up to be used on the Xbox One and Windows 10. The keyboard will come with a dedicated Xbox Key and support for the new Xbox Dynamic Lighting capability. Razer’s new ‘Dedicated for Xbox’ keyboard and mouse will most likely be showcased at the CES event in January.

Besides this, the update adds Xbox Skills for Cortana and Alexa. Users will now be able to close an app or game with the command “Quit [game/app name]”. They will also be able to use the assistant as a controller in the new navigation mode, which will also users to navigate the UI using their voice. To start the feature, users need to say “start navigation mode” or “press [button name].”

The Xbox Skill for users in the UK, moves to Beta, while those in the US will be able to pair Cortana with their Xbox. Cortana will automatically discover and pair with the Xbox without the need to login. All user’s need to do is say “Hey Cortana, pair my Xbox.” Users in the US also get access to the Amazon Music app.

Finally, the search feature in Xbox will now include results from Xbox Assist as well as the games that are ‘Ready to Install’ or currently own as part of their membership like Xbox Game Pass, EA Access and more.