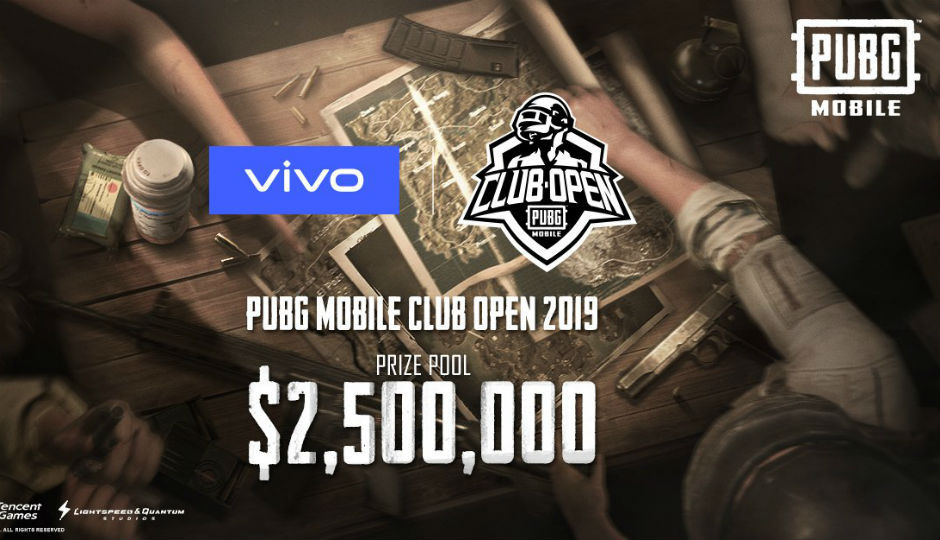 Vivo has been unveiled as the title sponsor for the PUBG Mobile Club Open 2019 tournament. As part of the sponsorship, Vivo will provide the phones that will be used during the tournament. Further, the inclusion of Vivo has upped the total prize pool from $2 million to $2.5 million. The tournament will be held on a global scale, similar to the PUBG Mobile Star Challenge that was held last year. It will see players from 10 regions battle their way through the Spring and Fall split for a total prize pool of $2.5 million.

Mr. Nipun Marya, Director-Brand Strategy, Vivo India stated, “Vivo thrives to be at the forefront of the eSports industry to best serve its consumers. The partnership with PUBG MOBILE is a key milestone especially given that it is a leading mobile game developed by Tencent Games and PUBG Corporation that has millions of fans globally. PUBG MOBILE Club Open 2019 is a strong opportunity to showcase vivo’s vision of ‘enjoying the extraordinary’ by bringing global players a true gaming experience like no other. This global partnership will unfold and strengthen Vivo’s position in being an innovative and stylish brand that always puts our consumer experience first.”

Registrations of the Spring split are over and the final will be held in July. Registrations for the Fall split will begin from August this year, with the finals scheduled to be held in December. In order to be eligible, players taking part in the tournament need to have reached at least Platinum rank at the end of the prior season. Further, players need to be above the local age of majority (18 years old in India) to participate or obtain consent from their parents/guardians. At least three players in each team need to be from the region they are representing.

PUBG MOBILE CLUB OPEN 2019 online qualifiers just concluded. We are overwhelmed by the enthusiasm of our players so that we got some good news for you! With @Vivo_India as title sponsor, we increased the prize pool from $2M to $2.5M USD! Good Luck Teams! #esports #pubgmobile pic.twitter.com/ksbdLAHKeN