Unopened copy of Super Mario Bros. sells for $100,150 at an auction 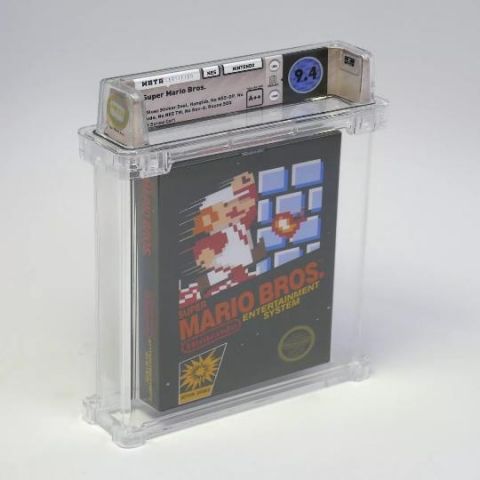 Talking about video game collectables and spending a lot on games, a group of collectors have purchased a mint condition copy of Super Mario Bros. for a whopping $ 100,150. That translates to Rs 71,44,200 directly converted. Before you go and dig out your copy of Super Mario Bros, know that the game in question here was in absolute mint condition. According to Heritage Auctions, “Due to its popularity, Nintendo reprinted Super Mario Bros. from 1985 to 1994 numerous times, resulting in 11 different box variations. The first two variations are "sticker sealed" copies that were only available in the New York and L.A. test market launch of the Nintendo Entertainment System (NES) in 1985 and 1986. Of all the sealed copies of Super Mario Bros., this is the only known "sticker sealed" copy and was certified by Wata Games with a Near Mint grade of 9.4 and a "Seal Rating" of A++. Not only are all of NES sticker sealed game' extremely rare, but by their nature of not being sealed in shrink wrap they usually exhibit significant wear after more than 30 years," Thrower said. "This game may be the condition census of all sticker sealed NES games known to exist."

"Beyond the artistic and historical significance of this game is its supreme state of preservation," says Kenneth Thrower, co-founder and chief grader of Wata Games.

Super Mario Bros was designed by video game legend Shigeru Miyamoto. He is also the mastermind behind Donkey Kong and the Legend Of Zelda. Super Mario Bros is considered as one of the greatest games in history. The opening level of the game can be defined as one that teaches you how to play the game in the simplest of fashions. Even though throughout the game Mario is in the centre of the screen, in the start of the game he is in the extreme left hinting that you need to go right. Even the manner in which the enemies and power ups are presented is so intuitive, that the game becomes self explanatory making it easy to learn. Not to mention the continuous scrolling level was a technical marvel, a feature even the PC hadn’t achieved in the field of gaming at the time.