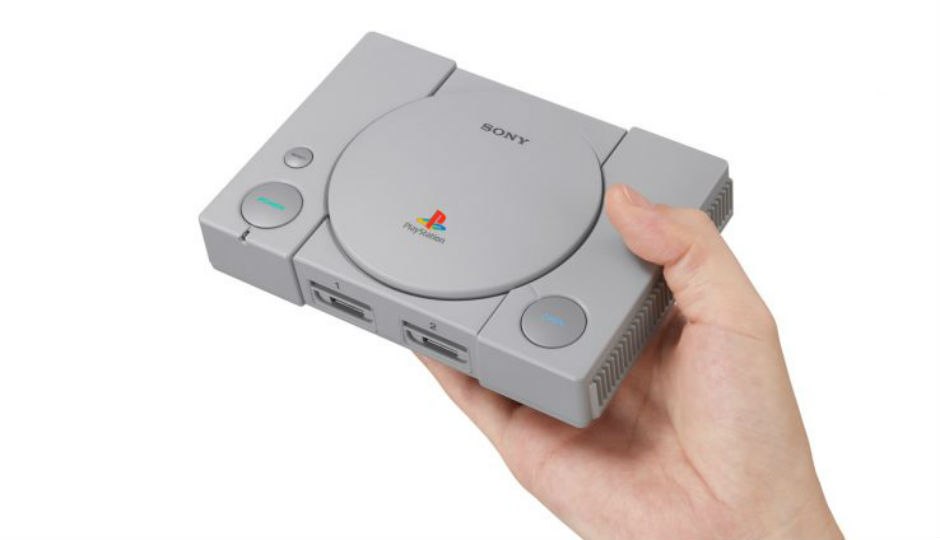 If you are about done playing on your NES classic, it may be time to prepare yourself for a modern take on the first PlayStation console. Sony has announced that it will launch the PlayStation Classic on December 3, 2018. It will be priced at $99 (About Rs 7,200 directly converted) in the US.

On its official blog Sony said, “Almost 25 years ago, the original PlayStation was introduced to the world. Developed by Sony Computer Entertainment, it was the first home console in video game history to ship 100 million units worldwide, offering consumers a chance to play games with real-time 3D rendered graphics in their homes for the first time.”

The console will come preloaded with 20 games including Final Fantasy VII, Jumping Flash, Ridge Racer Type 4, Tekken 3, and Wild Arms. In form factor, the mini console is approximately 45% smaller than the original PlayStation. It emulates the original’s look and feel by featuring similar controllers and packaging. Each PlayStation Classic will come with an HDMI cable, a USB cable, and two controllers for good old fashioned local co-op.

Recently, Sony announced that it has sold 500 million PlayStation consoles overall and launched a special limited edition version of the PlayStation 4 Pro console. You can read more about that here. The Japanese tech giant is also speculated to launch its next generation gaming console, the PS5, in 2019. If information circulating the internet is to be believed, then Sony is working with AMD to bring the console to life. You can read more about AMD and Sony working on the new consoles here.