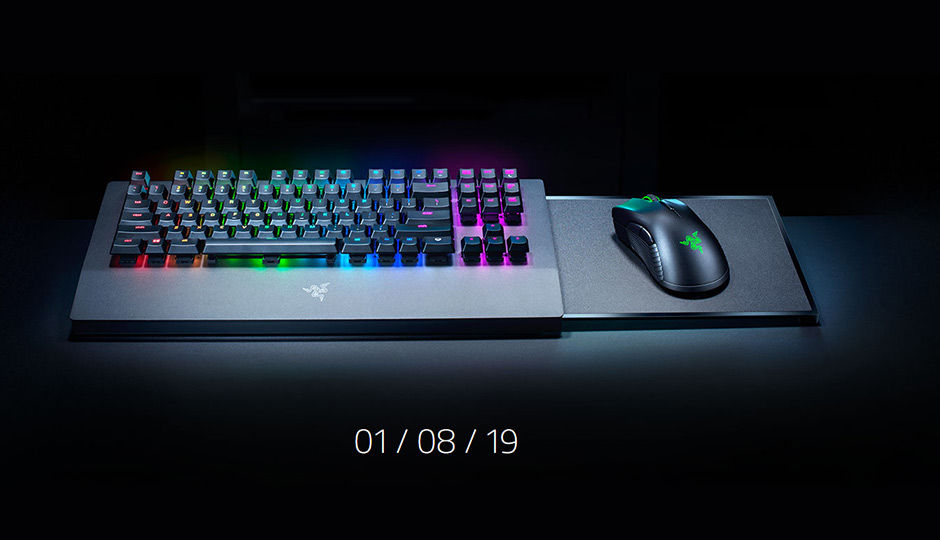 Razer previews Xbox One keyboard and mouse on dedicated micro-site

Razer has created a dedicated microsite for the upcoming Xbox One keyboard and mouse that the company is planning on launching. This will be the first keyboard and mouse designed specifically for the Xbox One and from the looks of it, it is going to be one good looking pair. The keyboard appears to be using Razer’s Chroma dynamic lighting. More noticeable, however, is the dedicated Xbox key where the traditional CTRL key would be. The mouse also appears to be wireless. We can also see an extension extruding from the keyboard which doubles up as a mouse pad.

The dedicated microsite shows a date of January 8, 2019, which could be when Razer officially unveils the keyboard and mouse combination along with pricing. Many Xbox fans have long fantasized about keyboard and mouse compatibility coming to the console, but for many years, there was no official word on the feature. It was only earlier this year at X018 where Microsoft finally announced that they will be bringing keyboard and mouse support to the Xbox, in collaboration with Razer.

The new Razer Keyboard for the Xbox One will feature mechanical keys along with Chroma lighting, which developers should be able to control based on the game environment. As of now, there is no Chroma RGB app for the Xbox, but that could change once the products are launched. The mouse itself resembles Razer’s existing Mamba wireless, but it is possible that Razer may introduce some Xbox specific changes here as well.

Synology DS220+ : Here's what enthusiasts have to say Previous Post
Amazon Prime Day Sale 2021 starts on July 26: Check out the best deals and offers Next Post