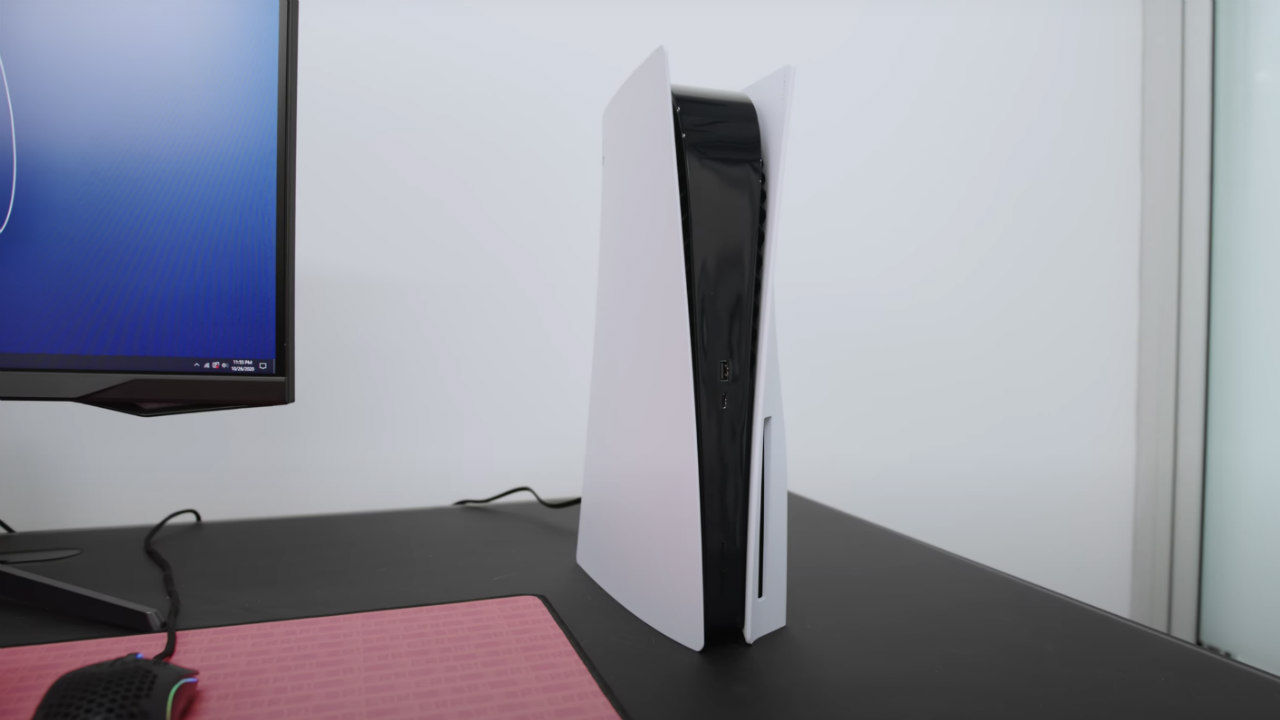 To say that Sony has been a bit coy when it comes to the PlayStation 5 would be a bit of an understatement. The company only recently announced the India pricing of the console and now finally we have unboxings of the console going live and one thing is pretty clear - The console is HUGE!

So what do you get in the box? Well… besides the console itself (and the manuals), you get:

Now the plastic stand is used if you place the console on its side. As there is no flat surface on either side of the console, the stand will ensure that it remains still. But you can also place it when propping up the console vertically. However, it does seem like the PS5 can stand on its own vertically if need be. IGN’s unboxing video gives you a good idea of how to place the stand.

All of the unboxing videos mention the size of the console because it is pretty large. In fact, it is larger than all other Sony PlayStation consoles, including the original PS3, which was a massive console in its own right. Gamespot has a short and sweet video that compares the size of the PS5 with all Playstations starting with the PS1 all the way to the PS4.

Of course, the PlayStation 5 also features a bunch of accessories that can be purchased separately by users. This includes secondary DualSense controllers, DualSense Charging Station that can charge two controllers at the same time, the Sony Pulse 3D wireless headset, and the Sony HD camera. MKBHD unboxes all of those accessories in his video which you can see below. Interestingly, he also notices that the white plastic on the console and the controllers features a textured pattern and looking closely, one can make out that the pattern on the texture is made of PlayStation’s controller symbols, which is a neat touch.

Of course, one of the big things about the console is the new DualSense controller. Many of the unboxing videos mention that the controller is now very similar to the Xbox One controller in terms of grip and one can see that when compared to the DualShock controllers. However, the new controller's party piece is a new haptic feedback system that uses haptic feedback, the in-built speaker and resistive triggers to enhance the gaming experience. Cnet’s video talks about the system and shows it in action in one of the games.

The launch of the Sony PlayStation 5 and the Xbox Series X is less than a month away. And while we don't know who will end up winning this generation of consoles, we can safely say that console gamers have plenty to look forward too. If you are planning to buy the Sony PlayStation 5 from abroad, you need to check this out.