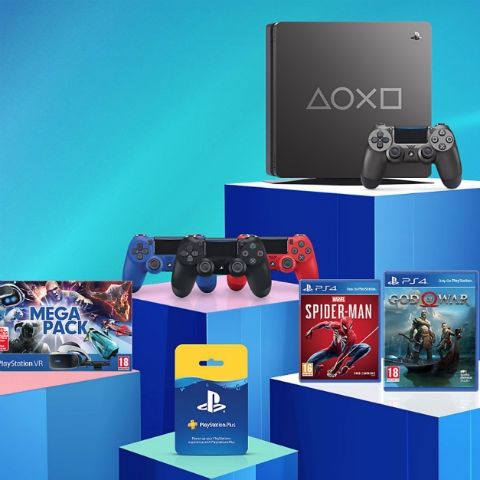 Sony has announced that the Days of Play sale will kick off in India on June 7.

The sale will continue for 11 days.

Sony may be skipping E3 2019 which kicks off on June 7, but the company is ensuring that gamers don’t forget about what's coming on the PS4. The company recently announced a trailer for the highly anticipated game Death Stranding, that included a release date of November 8, 2019. You can read details about the game and watch the trailer here. Sony is also kicking off its Days of Play sale on June 7, the same day as the beginning of pre-E3 conferences. The sale will include discounts on both hardware and software.

Speaking of hardware, the PlayStation VR Starter Pack will receive a discount. The system which would have cost you Rs 28,580 will be available for Rs 24,630. DualShock 4 controllers will also see a discount from Rs 5,050 to Rs 4,050. Below is a list of all the games that will be available during the sale along with their discounted price.

If you are looking to pick up a PS4, then know that the 500GB variant of the PS4 is priced at Rs 22,690 as of writing this story. Along with the console, gamers get three free games - Gran Turismo - Sport, Uncharted 4 and Horizon Zero Dawn. A PS4 with 1TB HDD and The Last of Us will cost you Rs 29,490. If you are looking for the PS4 Pro, then you will have to shell out Rs 36,990 and the system comes with no games.

It should also be noted that 2019 is the year when both Sony and Microsoft are expected to launch the next console generation. Sony has already confirmed some of the specs of the upcoming PS5 and you can read more about it here. Microsoft, on the other hand, is expected to launch two variants of the next Xbox. Codenamed Lockhart and Anaconda, both consoles are expected to be next-gen devices; one being an entry-level console and the other being spruced up to take on the PS5.

For those unaware, this is the first year that Sony will not be presenting at E3 2019 so all eyes are on Microsoft. Xbox Head Phil Spencer has confirmed that there will be 14 Xbox One Studios games at E3 2019. In a Tweet, he says, “Just finishing our final E3 rehearsal here with the team in Redmond. Feel really good about the briefing. Lots to show. We have 14 Xbox Game Studios games in the show this year, more first party games than we've ever had in the show. Fun times. #XboxE3”. It looks like Microsoft will come guns blazing to E3 2019.