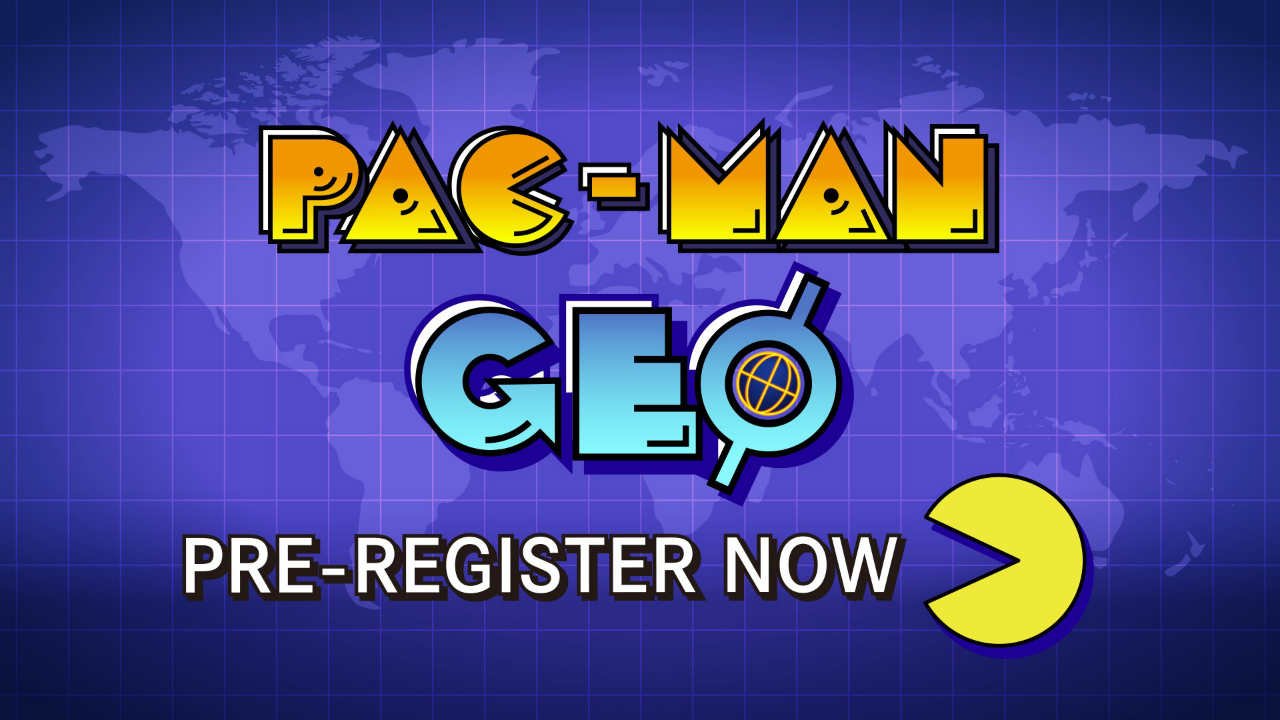 Bandai Namco will also be jumping into the location-based with Pac-Man Geo. The company notes that the new game will let players create a Pac-Man level based on the real-world map in their area. This would be a classic version of the game with pellet-munching and ghosts to avoid. Players will be able to create their own mazes or play any other player generated maps.

Bandai Namco’s announcement doesn’t exactly go into detail about the game itself, but notes that the game would follow the classic rules of the game. “while maintaining PAC-MAN’s simple rules and operability, players can experience the game at a deeper level than ever before, such as the joy of choosing one’s own stage to travel the world as they please, the pleasure of finding interesting terrain, and the fun of sharing these new discoveries,” the company notes.

Play PAC-MAN in the world around you! PAC-MAN GEO, a mobile app game that utilizes geographic information, is now open for pre-registration for iOS and Android users.

This year marks the 40th anniversary of Pac-Man, who was arguably one of gaming early success stories and is considered to be one of the greatest characters in gaming. It’s simple yet challenging gameplay attracted many people and is considered fun even today. In fact, back in 2010, Google celebrates Pac-Man's 30th anniversary by releasing an interactive doodle that turned the Google logo into a playable version of Pac-Man. It as reported that the doodle caused a total of a $120 million loss in terms of productivity. You can check out the doodle here.

A few weeks back, Timex announced that it was released a special Pac-Man-themed version of its classic Timex T80 watch. The device itself is a call back to the early days and features back watch functionalities. However, it also featured a Pac-Man themed front face and also played the Pac-Man melody.

Intel and Marvel’s Avengers give you the chance to upgrade your gaming with an INR 4,00,000 sweepstakes Previous Post
OnePlus 8T confirmed to launch with Warp Charge 65 Next Post