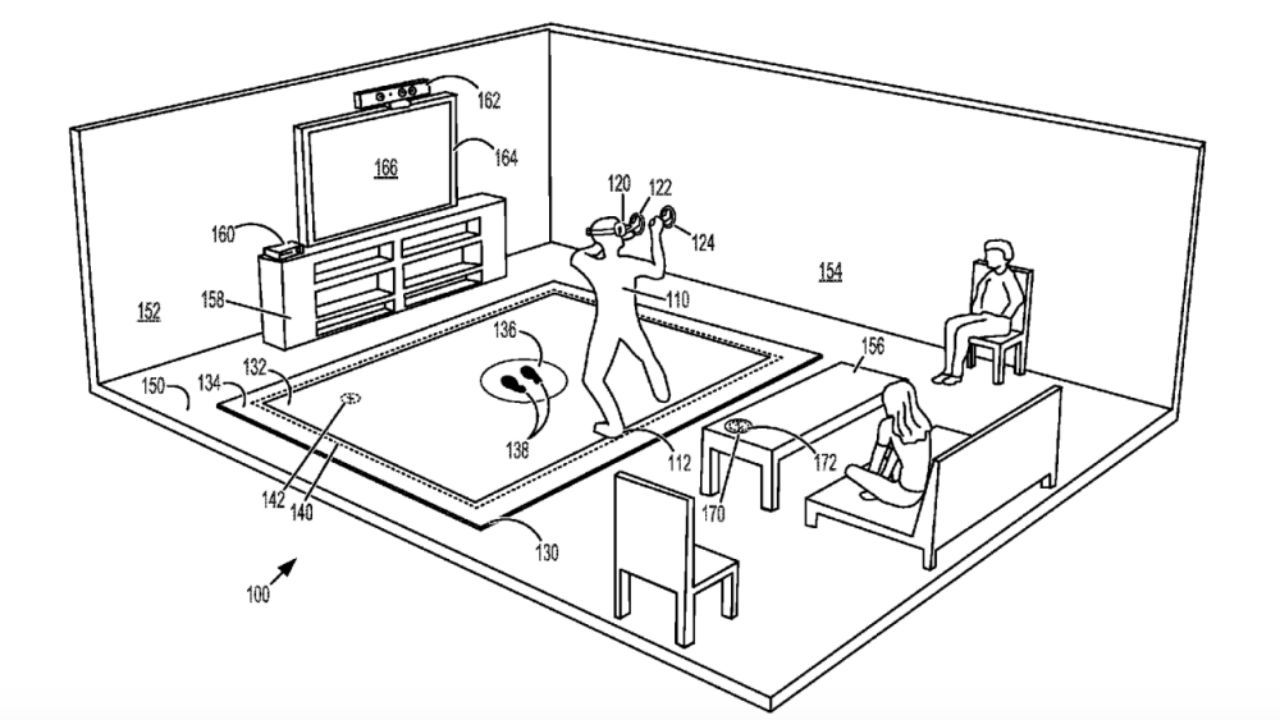 Microsoft has filed for a patent application for a dedicated floor mat. This is no ordinary mat, though. It is to be used with a VR headset. One would assume that this is to prevent the user from bumping into any obstacles in their path, but there is more to this mat than simply chalking out a safe zone. Even though we have seen third party floor mats to define VR zones, headsets like the mixed reality headsets let users define the gaming zone when setting up the headset. If you move furniture around, you can simply go to the mixed reality app for Windows and reconfigure the zone. Since the mixed reality headset is developed by Microsoft, it only makes sense that the patient takes the tech in the mat up a notch. The mat does have “fiducial markers” eliminating the need to manually map the usable area.

The patent highlights a lot of other details of the mat, but we have covered most of the important ones above. It is interesting to see Microsoft delve back into the VR world. Sure, they have the mixed reality platform and even though there were hints of VR support on the Xbox One, Microsoft didn't follow through. It is possible that with the power under the hood of the upcoming Xbox console codenamed project Scarlett, it is possible that Microsoft is considering a VR accessory. Sony has seen some degree of success with the PlayStation VR and it is suggested that the PSVR headset will be compatible with the upcoming PS5. It is also speculated that Sony is working on a successor to the PSVR system but that will release a few years later