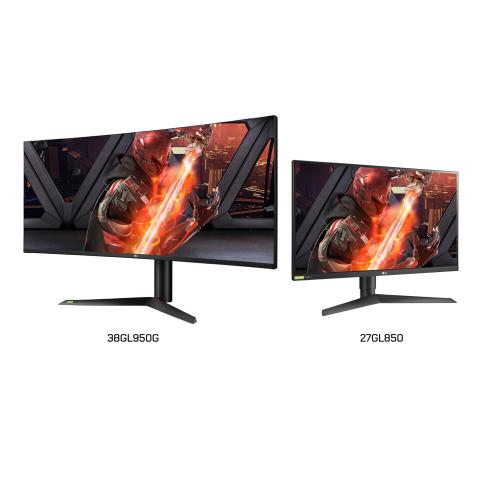 We've seen quite a number of interesting launches and announcements from this year's E3 so far and LG wants to add to them. LG Electronics unveiled a new gaming monitor series called the LG UltraGear. Available in two sizes, the new monitor series uses nano IPS technology, is Nvidia G-SYNC-certified, and has a response time of 1 millisecond. The refresh rate is 144Hz but it can be overclocked to 175Hz on one of the two models. LG's new UltraGear monitors will go on sale from next month with pre-orders starting in the US from July 1. They will also come to European markets in the third quarter of the year.

The new LG UltraGear monitor series currently comes in two sizes: 38 inches (model no. 38GL950G) and 27 inches (model no. 27GL850). The former has a resolution of 3840 x 1600 pixels, and the latter, 2560 x 1440 pixels. According to LG, the wide colour gamut on both models covers 98 percent of the DCI-P3 colour space. Both 21:9 monitors have a curved design and slim bezels, while only the larger model gets Sphere Lighting 2.0 with RGB lights on the back of the panel. 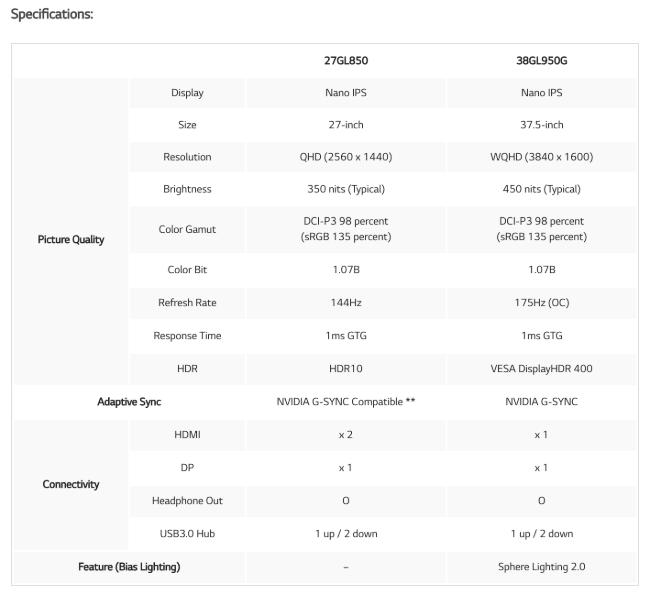 “The 27-inch UltraGear is NVIDIA G-SYNC compatible and supports HDR10 while the larger 38-inch model supports both NVIDIA G-SYNC processor, VESA DisplayHDR 400 and is certified by NVIDIA through over 300 tests for performance and image quality to provide a great gaming experience,” writes LG in its press release. To reduce screen tearing and stuttering, both monitors come with special gaming-specific settings, such as “Dynamic Action Sync mode, Black Stabilizer and Crosshair”.

While the 27-inch QHD model enjoys a maximum brightness of 350 nits and two HDMI ports, the larger 38-inch WQHD model gets a maximum brightness of 450 nits and only one HDMI port. However, both models get a response time of 1ms. In fact, LG is labelling the UltraGear as “the world’s first 1 millisecond (ms) IPS display”. We're not sure when the two models will make it to India. Since the expected launch time in Europe is at least three months away, we can expect to see it in Indian stores by the end of the year. LG hasn't shared the price of the two new monitors.