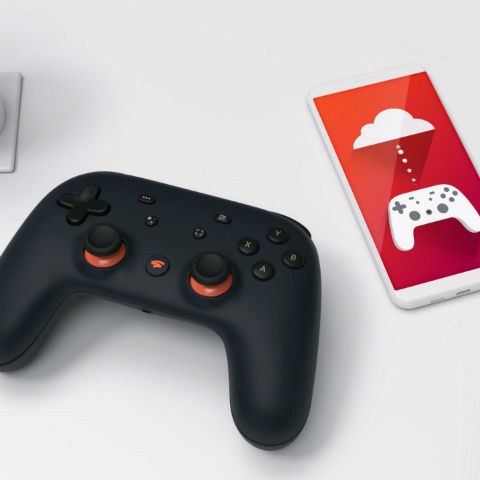 When Google had announced Stadia, its cloud gaming service, to the world, there was a lot of excitement. Finally, the service went live in parts of the world and the reception was less than stellar. That has not deterred Google from progressing on its roadmap for the cloud gaming service. Apparently, a new update to the Stadia app has revealed that the service is soon heading to Android TVs.

Google’s roadmap for Stadia always included Android TV compatibility, something that would have greatly boosted its usability. 9to5Google performed a teardown of the latest Stadia APK and sure enough, there was code present to suggest that the service was headed to Android TVs very soon. They managed to sideload the Stadia app on their Android TV, which recognized the app as an Android TV app even. However, since Stadia limits the devices it can run on, the good people over at 9to5Google were not able to proceed past the title screen.

Google updated the Stadia app yesterday as it also launched the free tier of the service. Users would be able to purchase and stream games in 1080p at 60fps. Additionally, Google has also announced that it’ll be giving two months free service to subscribers, in light of the lockdown. Google Stadia is currently available in 14 countries only, mainly the United States of America, the United Kingdom and various other European countries. The company has not made any announcements on when it plans to bring the service to India.

Here are some of the best fantasy shows on Prime Video to feast your eyes on Previous Post
Xiaomi is calling its ‘Made for India’ laptop the Mi Notebook Horizon Edition: Specs and features leaked Next Post