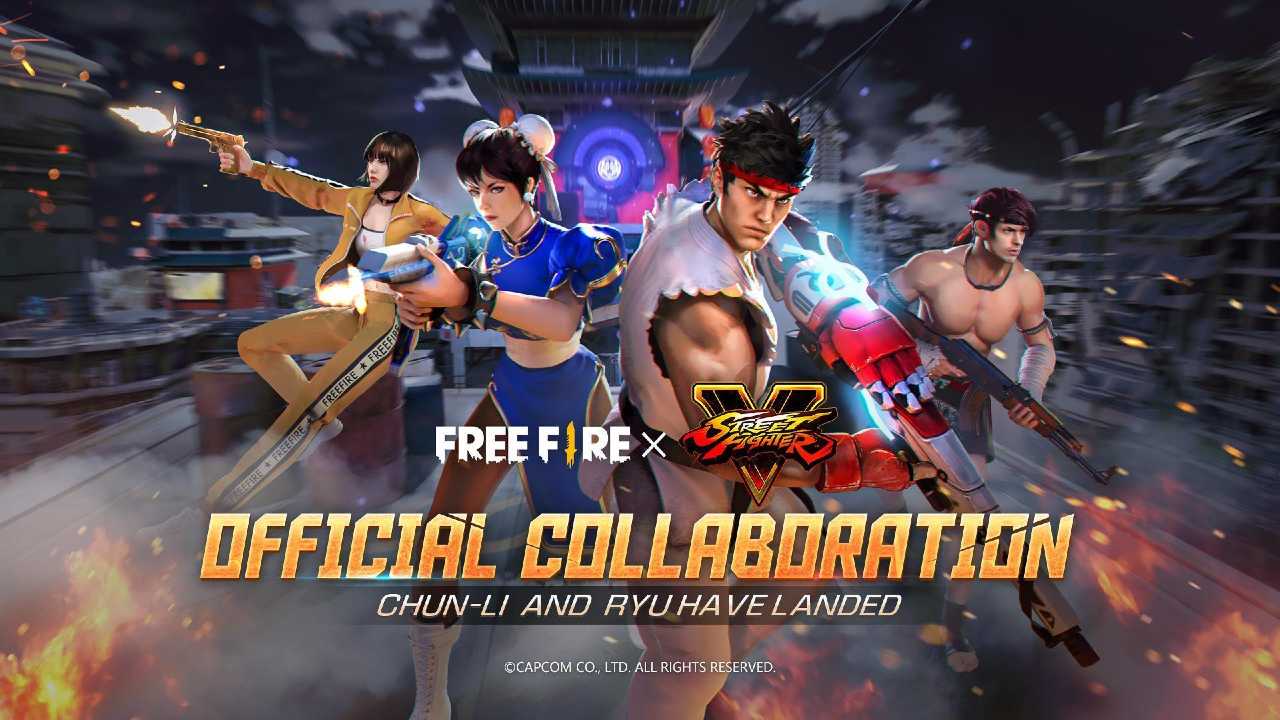 Garena Free Fire’s crossover event with Street Fighter V is now live. Called Free Fighter, the event brings elements of the popular fighting game to the battlegrounds of Free Fire. This includes outfits, emotes, skins, and more. The interface will also see an overhaul to better represent the crossover event.

Players will now be able to acquire Street Fighter V-themed outfits inspired by the game. This includes Chun Li’s signature blue qipao and spiked bracelets that she is best known for wearing. Players can also pick up Ryu’s iconic Gi and red gloves outfit. Speaking of Ryu, players also have the ability to learn one of the most iconic moves in gaming and pop culture, the Hadouken. Albeit in emote form. Other items that players can get include a Chun Li-themed Gloo Wall skin, an AWM gun skin, and a Street Fighter Sports Car.

Further, the main lobby will now see a Street Fighter theme as well. Fans of the game will immediately recognize the Air Force base background. This background is best associated with another Street Fighter character, Guile.

You can check out the teaser for the Free Fighter event below.

Garena has also announced that the Free Fire All-Stars (FFAS) tournament will be returning this month. To recall, Free Fire All-Stars is the game’s annual international celebrity event. It sees popular players and influencers come together to play the game. The tournament will be held in three regions, namely Asia, Asia, and EMEA (Europe, Middle East, and Africa). The Asia leg of the tournament will start from July 23 and will go on till July 25. Each day in the three-day event will have a different theme. Day 1 is Bomb Squad, Day 2 is Clash, while Day 3 is Battle Royale. Garena notes that the winning team each day will take home $10,000. This will be the same for each of the three regions. You can learn more about the tournament here.