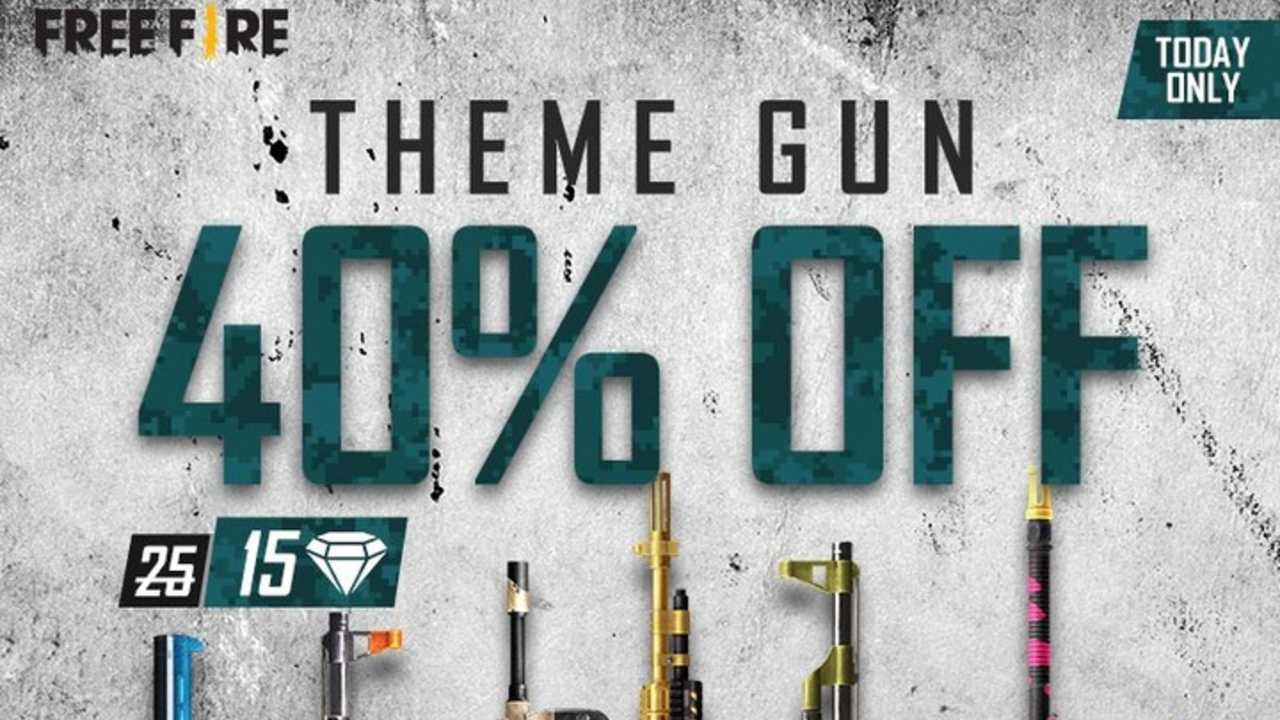 Garena Free Fire has announced that it will offer a special discount in the in-game Theme Gun Store. The game will offer players discounts of up to 40%. However, gamers should note that the discount is only applicable today. These theme sets are usually available for 25 in-game diamonds. During the sale, they will be available for 15 diamonds.

The Theme Gun Store in Free Fire gives players access to a bunch of different themed weapon skins. These themed weapons alter the base stats of each weapon. Themes on offer include the Game Streamer theme, Graffiti theme, Biker theme. Buying a theme set gives players the chance to win a random themed gun from that particular set. So, if a player buys an Engineer theme set, then the player will either get an MP-40 Engineer, An94 Engineer, or the XM8 Engineer.

However, it should also be noted that a majority of the weapons in these crates seem to be Trial Weapon cards. This means that the weapon will only be with the user for a limited time. This could range from anywhere between 24 hours to seven days. Garena also informs users that the probability of drawing a Trial Card is 97%.

If players are on the hunt for something for free, then they should log in to Free Fire on February 27. The developers have announced that they will be giving away their newest character for free. The character in question is called Shirou and he was added in the recent OB26 Project Cobra update. He comes with a passive ability called Damage Delivered. The ability marks any enemy that attacks the player. It should be noted that the marker is only visible to the player and only works if the enemy is within 80m of the player when attacking.