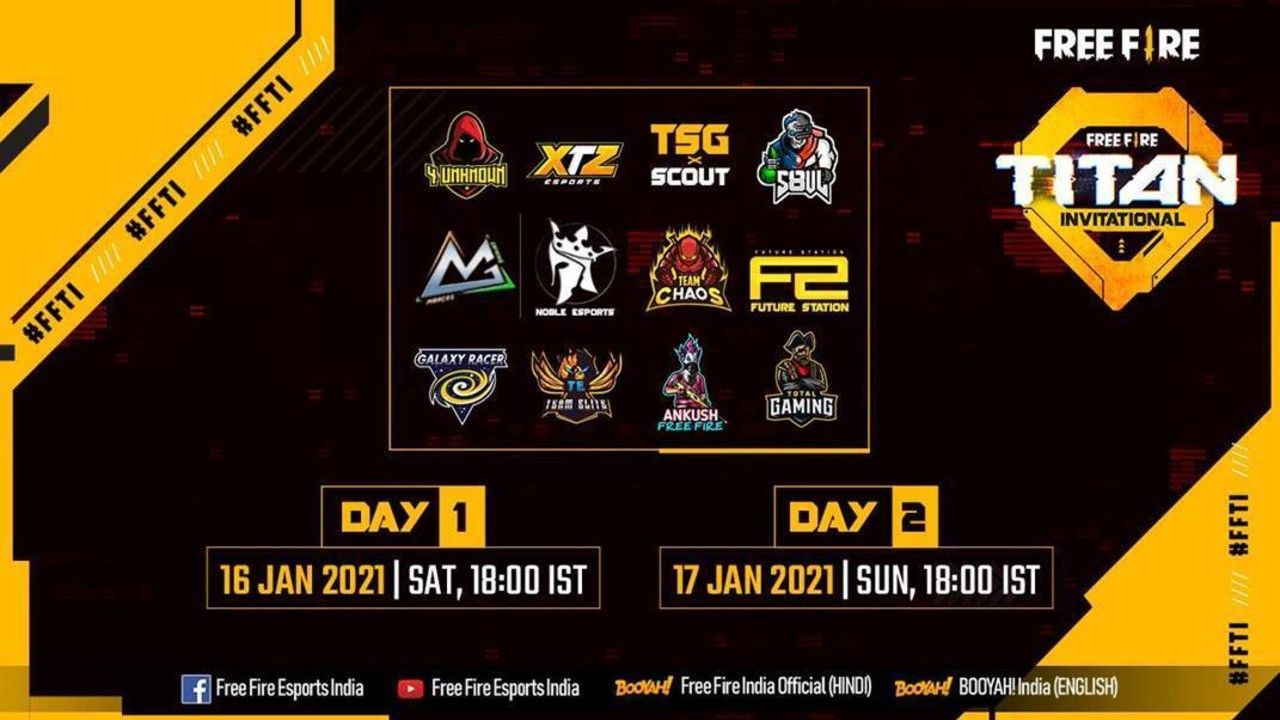 The participating teams include:

Fans are invited to tune in and watch the tournament live via Free Fire Esports India’s official YouTube and Facebook pages. It will also be streamed on Garena’s own platform, BOOYAH!

There is currently a new event going on in Free Fire that sees a crossover with the One-Punch Man manga/anime series. The event kicked off from January 10, and offers a bunch of One-Punch Man in-game content like new reskins, costumes, and even a special event interface.

Players will also see One-Punch Man themed items in the game like Easter Eggs on spawn island, as well as reskins of in-game elements like airdrops and the airship. Players will also get access to a number of One-Punch Man-themed items like Saitama and Genos character costumes as well as backpacks, Gloo Wall skins and the “I’m Saitama” emote. There will also be two new weapons skins, namely the Megapunch M1887 and the Genos M4A1. As an added bonus, those players who log in on January 23 will get a free Saitama Loot Box skin.

January 15 onwards, there will be a special “training session” that will offer players the chance to win rewards. Each session will task players with defeating monsters. These monsters will drop boxes in three tiers of rarity once they are defeated. As one might expect, a higher rarity tier results in rarer items. However, in order to be a part of the training session, players will have to collect One-Punch Man Tickets in-game post-match drops and by completing daily missions.