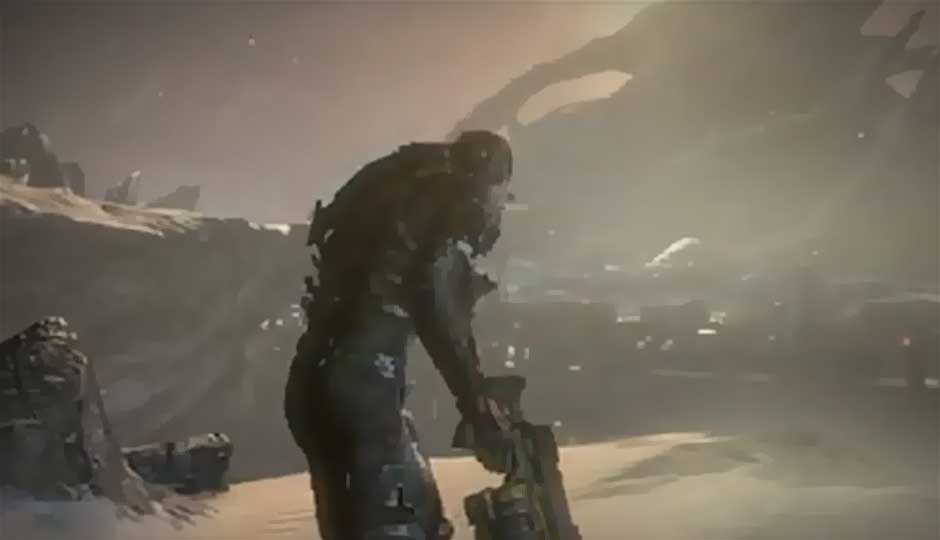 The new Dead Space game from Visceral sees Isaac Clarke stranded on Tau Volantis, a hostile ice-ridden planet that is infested with a new, more powerful breed of necromorph. Players will fight more than just bad guys here, the environment is itself lethal.

The biggest news about the Dead Space 3 is that it has a fully-integrated co-op system, where Clarke is joined by Earthgov Sergeant John Carver, who can drop in or drop out of the game. The game will launch on February 2013, and can be pre-ordered on EA’s origin store today.

Need for Speed Most Wanted will be available in a special limited edition pack as well, offering double speed points, custom liveries, pre-customized rollouts, and two exclusive vehicles: the Maserati GranTurismo MC Stradale and the Porsche 911 Carrera S. It will be launched in the U.S on October 30, 2012, and in Europe on November 1, 2012. It too, can be pre-ordered on Origin.

Maxis and Playfish have announced SimCity Social, destined to launch on Facebook, ahead of SimCity for PC. The game will give players a chance to create sprawling cities that evolve with their play style, cities that grow and react to the players’ decisions. It features a friend and foe system, allowing players to interact with others in fun and dynamic ways.

EA and DICE have also announced Battlefield 3 Premium, which contains all the expansion packs, at a price of $49.99 – indicating a savings of $25. This includes Back to Karkand, Close Quarters, Armored Kill, End Game, and Aftermath expansions. Players who purchase Premium will receive two weeks early access to each of the expansions.

In-game perks include a new ACB-90 knife, a set of Premium dog tags, and exclusive new soldier and weapon camo. Backend features include the ability to reset their stats and save their favorite Battle Reports. An Ultimate Shortcut Kit is also available, taking the bundle till $69.99. The base game can be added to any of the bundles, for $30 more.

Do also check out the new Crysis 3 trailer, below: