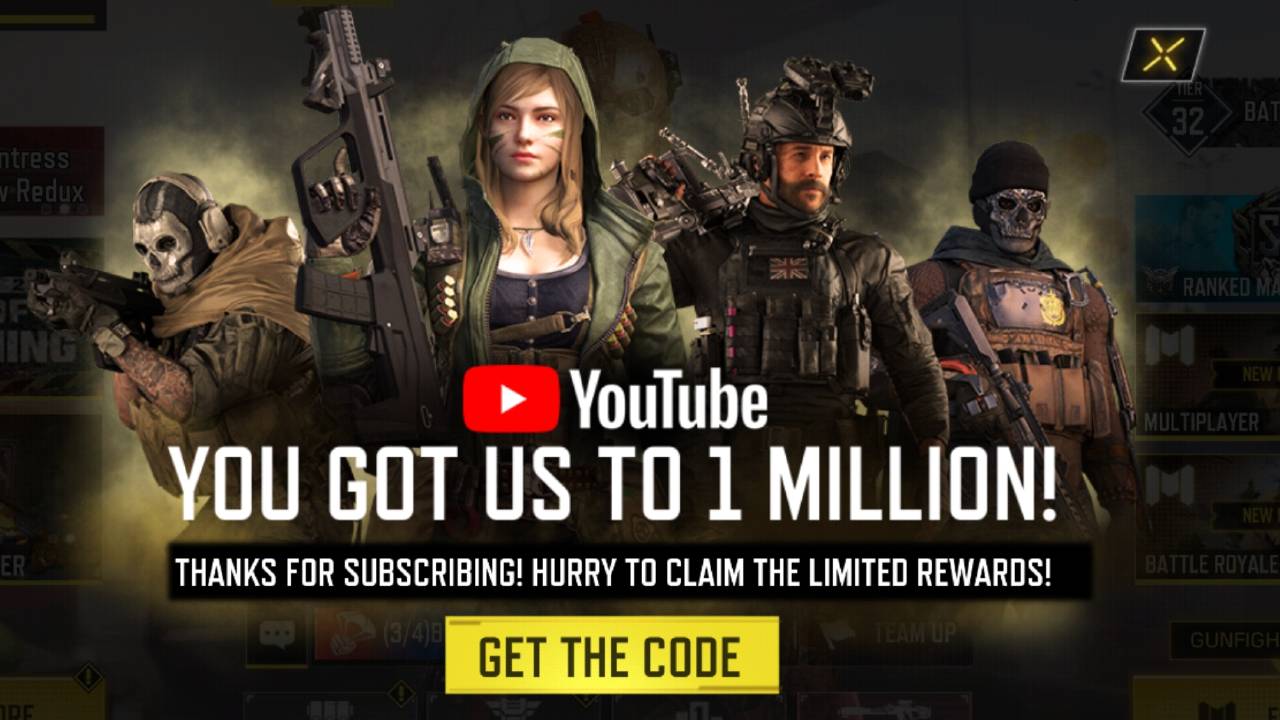 Here’s how to get the BY15 - Sight Unseen skin for free in Call of Duty: Mobile

Call of Duty: Mobile has crossed the one million subscriber mark. To celebrate the occasion, Activision has announced that it will be giving away the BY15 - Sight Unseen shotgun for free. However, unlike most other giveaways, the skin will not be sent directly to players. Instead, players will have to redeem it in order to get it.

How to redeem the BY15 - Sight Unseen weapon skin in Call of Duty: Mobile

The first thing players will have to do is copy their in-game UID code. This can be found on your profile page, under the second tab. The code is quite long and thankfully, there is a handy little ‘copy’ button right next to it.

Now, head over to www.callofduty.com/redemption and put in your UID in the respective field. In the ‘Redeem Code’ field, put in the following code: BKHDZBZ7U5. In the verification code field, put in the right code in order to prove that you aren’t a bot. Now click the submit button.

Once that is done, there will be a pop up wherein you will be able to confirm your details. The code will only work till April 1.

Now, head back to your in-game inbox. You should have received a mail that will let you redeem the weapon skin. The skin for the By15 shotgun can be applied via the Gunsmith section.

The Season 2, Day of Reckoning update for Call of Duty: Mobile is still going strong. A few days ago, the developers gave players the chance to earn the new SP-R 208 marksman rifle via the Elite Marksman Seasonal Challenge. You can learn more about that here.

The SP-R 208 is the second weapon introduced in Call of Duty: Mobile season 2. The AS VAL was introduced at the start and is available to all players who reached Tier 21 in the free Battle Pass.