PUBG Mobile recently updated its Privacy Policy specifically for India and Indian users. While it has not been explicitly stated, it is quite possible that the change in policy is to help avoid a ban in the country. The past month saw the Indian Government take a stand against Chinese apps like TikTok and ShareIt by banning 59 of them. However, one notable exception in that list was PUBG Mobile as popular battle royale game somehow managed to fly under the radar. However, reports suggest that the government is planning another wave of bannings and this time around, the game may not be so lucky. Which would explain the change in policy. 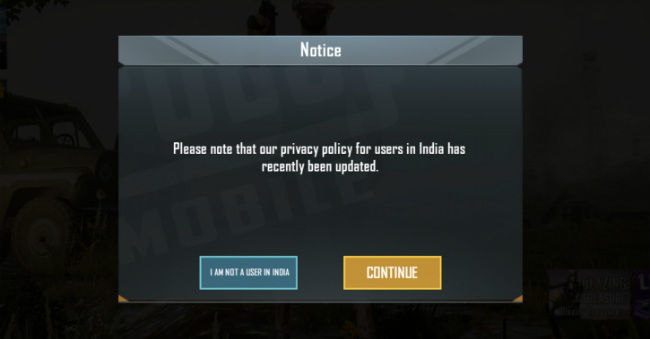 It is still not yet known if the Indian Government will ban PUBG Mobile or not considering the game’s slightly confusing origins. However, if they do end up banning it, you may want to click here and check out some notable battle royale alternatives. If you’re looking for alternatives to the 59 apps that were initially banned, check this out.