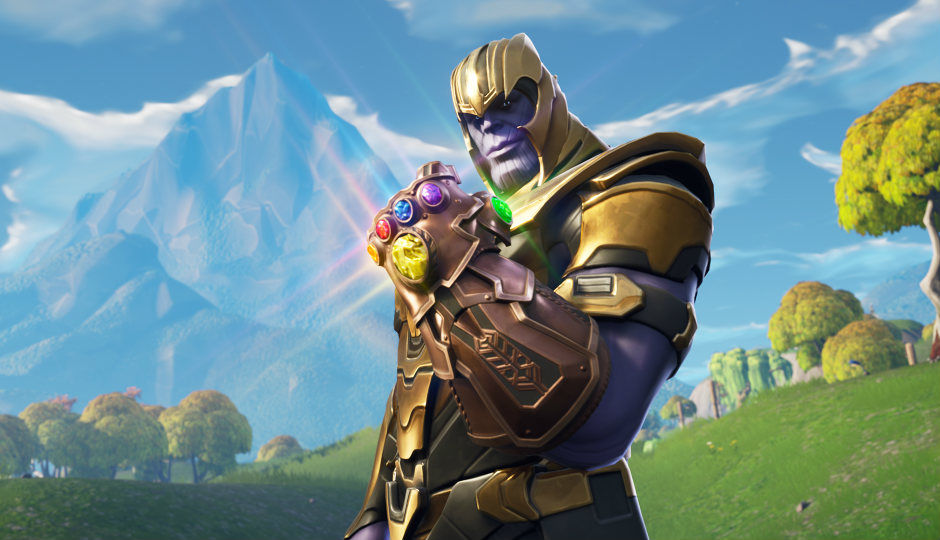 Avengers: Endgame mode could be introduced in Fortnite with Thanos’ return: Report

Last year, the popular online battle royale game Fortnite introduced the Infinity Gauntlet that Thanos wore in Avengers: Infinity Wars. The limited time mashup event enabled players to become Thanos in the game by equipping the Gauntlet and it was almost too powerful of an in-game weapon. Datamining files from the latest version 8.30 patch of Fortnite, kill feed messages discovered by Skin-Tracker suggests that the primary antagonist of Avengers, Thanos, could be returning to the game either as a new game mode or a  Limited-Time Mode event (LTM). some of the strings mined from the game files include references to the Infinity Gauntlet like  “Yielded to the POWER of Thanos,” and references to Ice fiends and Ice Brutes.

When the Infinity Gauntlet was introduced in Fortnite last year, players who picked it up transformed into Thanos. The game character could not build or use weapons but he had quite powerful abilities like a ‘mighty punch’ that destroyed structures and knocked back enemies. There was also a laser blast attack that utilised the energy of power stone and dealt damage on opponents over time. Thanos also had ample health and shield, the latter being regenerated when eliminating an opponent.

As aforementioned, Fortnite was recently updated to version 8.30 and the patch notes reveal what’s new in the game. Picking up some things from the rival battle royale game Apex Legends, Fortnite developers are introducing a way to respawn eliminated teammates via a Reboot Van. Players that are eliminated drop a Reboot Card that their teammates can pick up to revive them using Reboot Vans that are added to the map at all major Points Of Interests on the app. The Reboot Cards/Vans are disabled in Solo and Big Team Limited Time Modes and any other modes that have respawns enabled.

Fortnite players are finding insta-death spots on the map