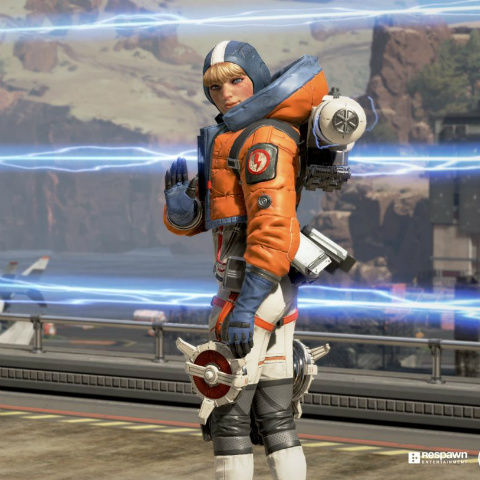 EA made a bunch of announcements at its event ahead of E3 2019. As expected, the company revealed some new information about its online battle royale title Apex Legends and the key highlight was the announcement of a new in-game character called Wattson. Wattson is the new playable in-game character and her main characteristics are perimeter defence and flank protection. Unlike most other characters that enable rushing in and taking out opponents, Wattson will enable players to think of playing the game in strategic ways. The character also gets a deeper backstory as Wattson’s father was the inventor of the Apex Legends arena.

As per the game developers, Wattson can setup perimeter security with up to 12 nodes, and in any configuration. Enemies passing through the perimeter will lose health and slow down but the electrical field switches off for your teammates. The character’s ultimate ability is called Interception Pylon that places an electrified pylon that intercepts and destroys incoming ordinance and repairs damaged shields for your teammates. The passive ability called Spark of Genius enables players to fully recharge Wattson’s Ultimate Ability by using Ultimate Accelerants. Additionally, standing near interception pylons will boost the character’s Tactical Ability recharge.

In addition to announcing a new character, the game will soon move on to Season 2 called Battle Charge. Wattson, a new L-Star weapon and new features will be made available with the new season. There will also be a limited time  event called “the Legendary Hunt” that will be playable for a couple of weeks. It will enable players to gain rare, epic, and legendary skins, limited-edition legendary skins and more. Game developers are also introducing Ranked Mode. “You will progress through six tiers, if you’re good enough,” Drew McCoy, Apex Legends director said during a stage presentation. “It goes from Bronze all the way up to Apex Predator. And it’s using special matchmaking tiers.” Matchmaking times could be a bit higher for upper tier players.