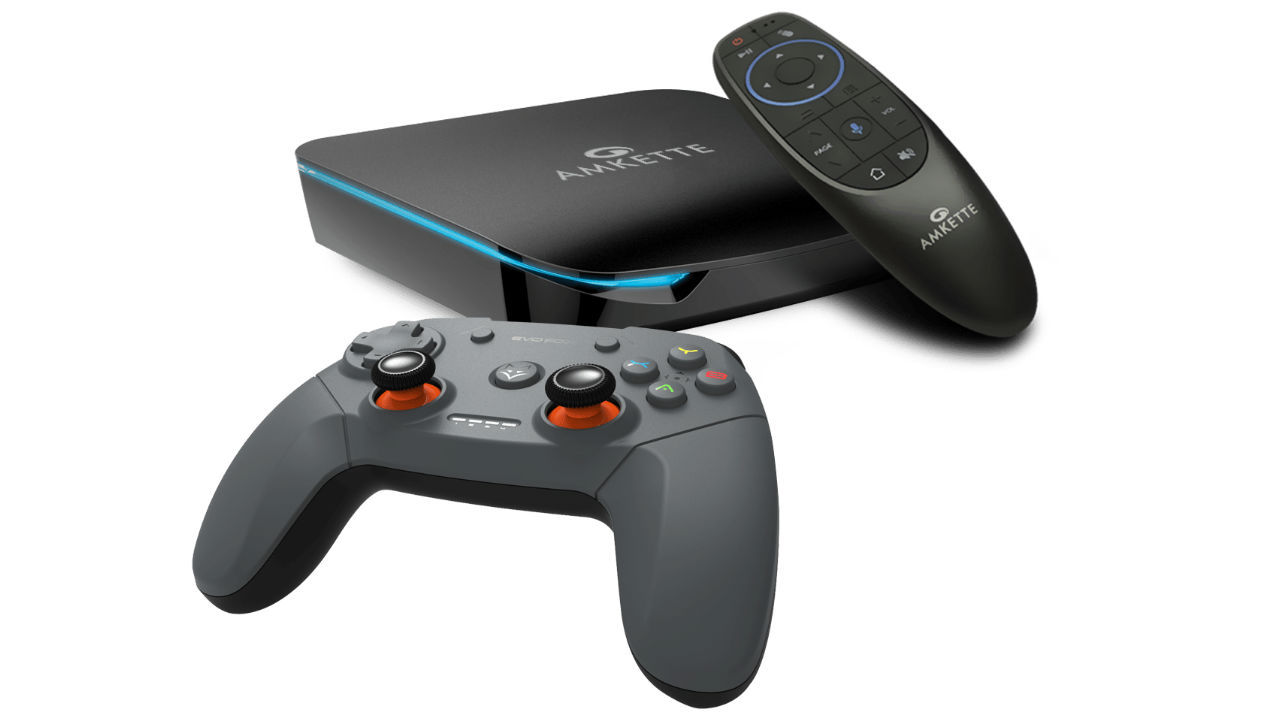 The Amkette 4K EvoFox GameBox is priced at Rs 9,999. It comes with a gamepad and voice enabled Air Remote in the box. The box comes preloaded with games.

While the PlayStation, Xbox and Nintendo consoles are the first to come to mind when talking about a gaming console sitting below your TV, there are other alternatives targeted at different consumers. We have devices like the NVIDIA Shield, running on Android giving you access to games on your TV. You can also connect a Bluetooth controller to the Fire TV stick for some casual gaming. Today, Amkette has launched its 4K EvoFox GameBox. The box runs on Android, has a hundred games preloaded and comes with a gamepad in the box. It is priced at Rs 9,999.

The Amkette 4K EvoFox GameBox offers a plug and play experience and running on Android, the setup process shouldn’t be that difficult. It comes with 20 popular Android games and more than 100 retro games preinstalled with the option for users to download and install more.

Starting with the specifications of the box, it is powered by an Amlogic S905X3 - quad-core Cortex A55 processor coupled with a Mali G31 3D GPU. It also boasts of a dedicated video and audio decode processor. It also comes with 4GB DDR3 RAM and 32GB eMMC built-in storage expandable up to 128GB via a microSD card. It runs on Android 9 out of the box with Android TV Play Store. The box will also receive OTA Updates. The box also comes with dual-band Wi-Fi and can be used for video conferencing if you connect a webcam to it. It also supports Bluetooth 5.0.

The box comes with Amkette's Evo Fox Elite Pro Wireless Gamepad. The controller comes with a USB receiver. Speaking of the controller it has a traditional DualShock 4 like layout with the analog stick placement and the D-pad. It has 4 face buttons and also comes with two shoulder buttons and two triggers. The controller has a claimed battery life of 8 hours and is compatible with PC and the PS3.

The device also comes with a voice-enabled air remote giving you mouse-like functionality. It has a dedicated button to bring up the Google Assistant, a play/pause button. Coming to the games, the Amkette 4K EvoFox GameBox features games like Dead Trigger 2, Unkilled, Asphalt 8, Real Racing, Pac-Man, Contra, GTA and many more.

In addition to gaming, a user can connect a webcam to the device and use it for video conferencing. Users can also connect a keyboard and mouse and use productivity apps on the Amkette 4K EvoFox GameBox. The device also supports third-party app store.

The device has a 4K output and also supports 5.1. It can playback h.265 files as well. For connectivity options, the device has an HDMI port, two USB type-A ports one of which is USB 3.0. It also has a microSD card slot. It supports 4K playback along with support for HDR.