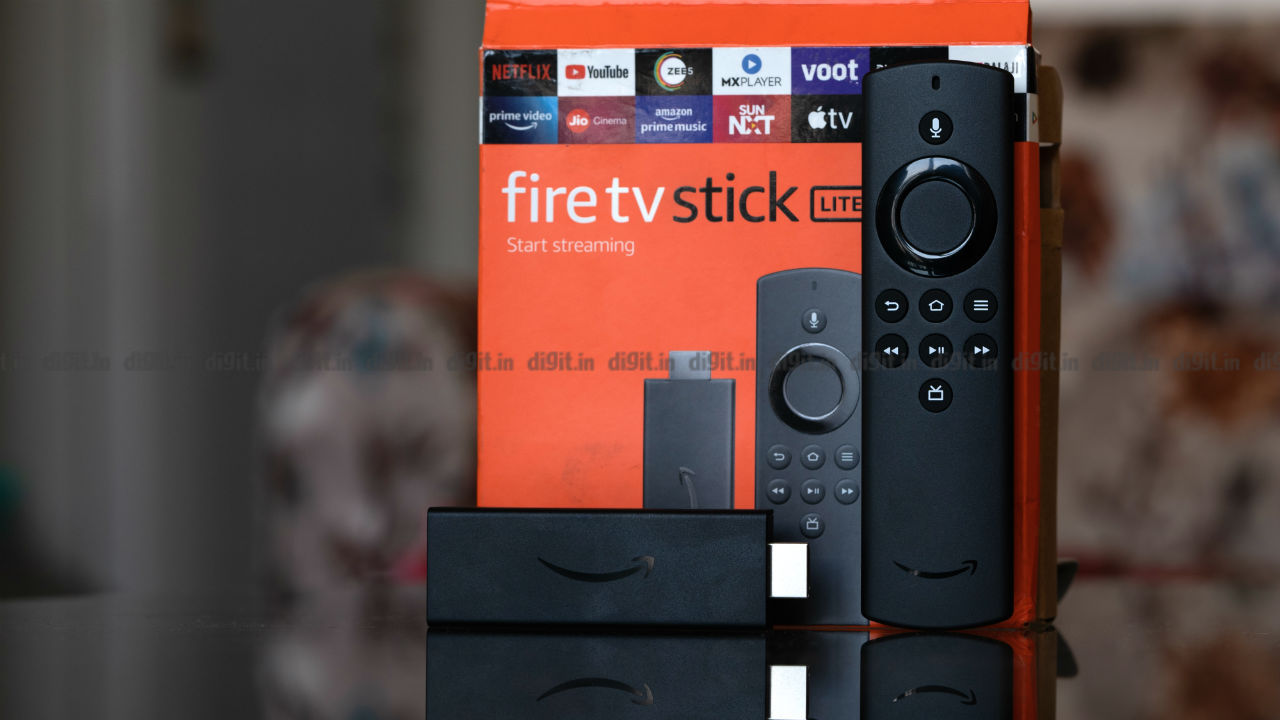 Streaming dongles like the Chromecast and the Fire TV Stick have been instrumental in making the idiot box in your living room a Smart TV. In fact, these devices have made it easy for you to keep enjoying the content on your flagship TV from a few years ago in the most modern way possible. While a device like the Chromecast (review) started showing its age with the lack of a remote control and complete reliance on your smartphone, the Fire TV Stick, by default, became the streaming device of choice because of its ease of use, plug and play setup and robust app support. While we have seen devices like the Mi Box 4K (review) and the Nokia Media Streamer (review) garner attention, the Fire TV stick has made some strides of its own.

Amazon launched the 4K Fire TV Stick back in 2018 and while that device caters to those with a 4K TV with support for Dolby Atmos and Dolby Vision, the New and updated Fire TV sticks of 2020 are available in new avatars. So, while we will talk about the performance and difference between the Fire TV Stick (3rd gen) and the Fire TV Stick Lite, we will also try and answer some of your common questions about the streaming stick. Let’s start with the obvious.

What is the Fire TV Stick?

Put simply, the Fire TV Stick is a plug and play device that can make your TV into a smart TV. If you have a TV from 2015 or newer, chances are you can connect the TV to the internet and consume content from streaming services like Netflix and YouTube. But it is possible that somewhere along the line, the TV stopped receiving updates and these streaming apps also stopped working properly. Rather than replacing the TV (which by the way, probably still has a decent panel), you can “upgrade” it into a smart TV by using a device like the Fire TV Stick.

The Fire TV Stick can connect to Wi-Fi, has all the popular streaming apps under the sun and comes with a voice-enabled remote control, giving you the same user experience you would get from a flagship Smart TV in 2020. 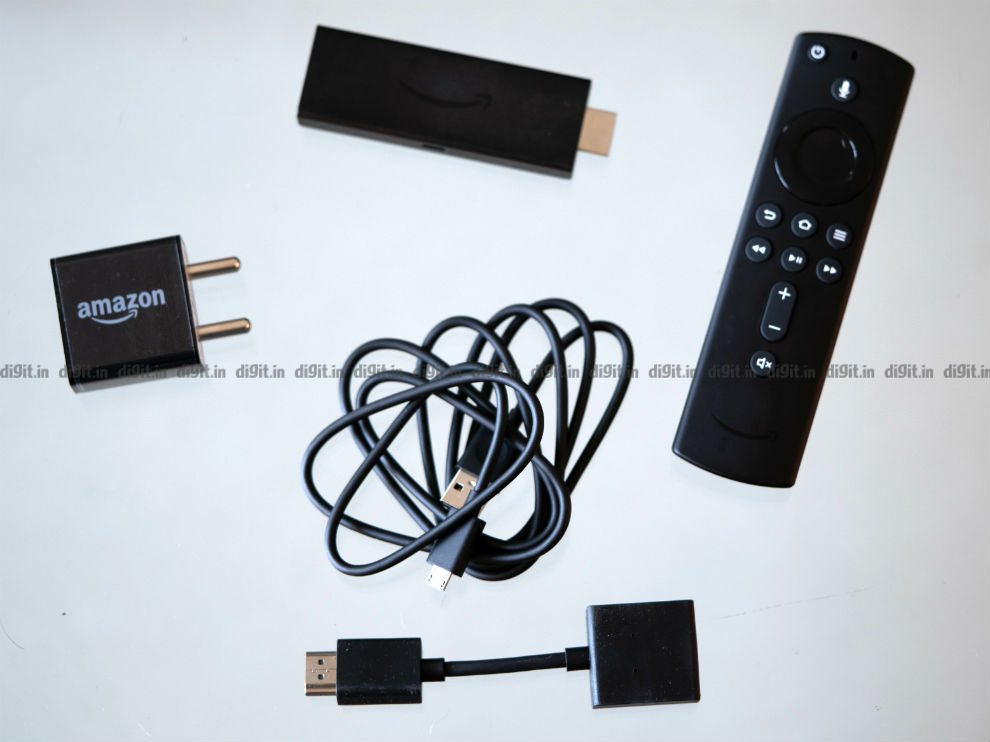 Once the Fire TV Stick is connected to your TV via HDMI and you have set it up, you could literally hold the voice button on the remote control and say “Play the latest episode of Young Sheldon” and the TV (or rather the Fire TV Stick) will do the rest. You could even say things like “Play Stranger Things on Netflix” and as long as the app is downloaded and you are logged in, the Fire TV Stick will make it happen.

In addition to accessing your favourite streaming services and even network-enabled apps like Plex, you can also connect a Bluetooth controller to the Fire TV stick and play a few games. While the gaming capabilities of the Fire TV Stick are quite underwhelming, we can’t wait for Amazon Luna to make an appearance on the device in some form or the other.

Overall, if you are looking to make your old TV smart or looking to enhance the smart capabilities of your TV, then you can consider a device like the Fire TV Stick.

How do I set up my new Fire TV Stick? 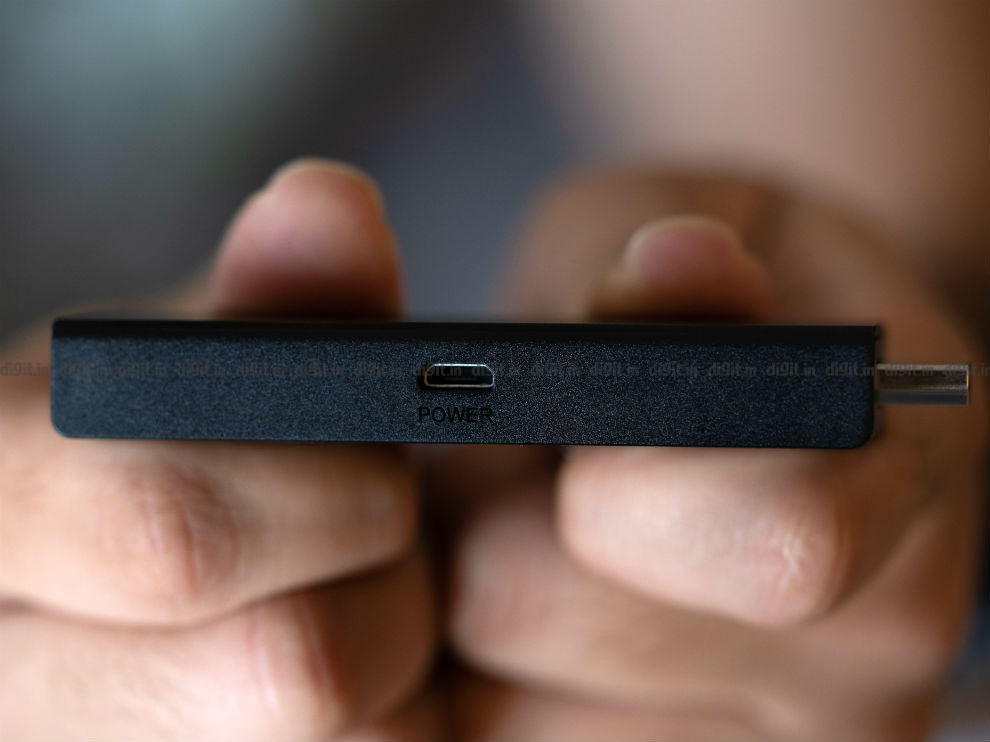 How is the new Fire TV Stick different from the old one?

Excellent question. Fundamentally, and even if you look at the new and old Fire TV Stick side by side, they will look identical. Amazon has gone with an “if it ain’t broke, don't fix it” policy with the new Fire TV Sticks and it works. It’s under the hood where these new Fire TV Sticks have seen improvements. 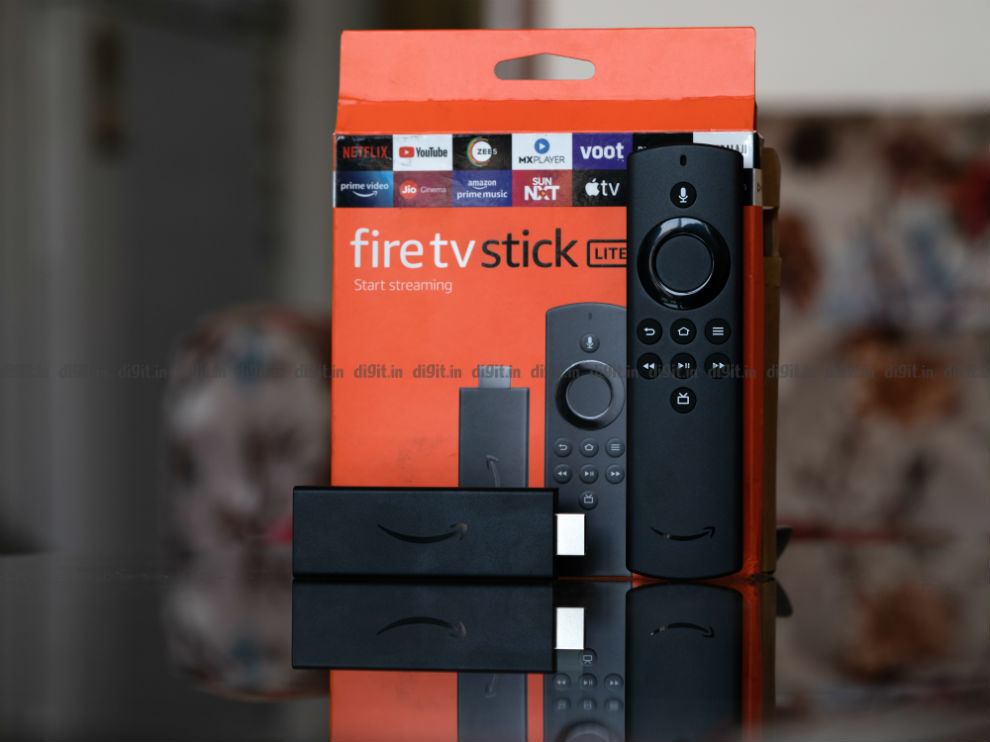 The first thing you will notice, especially coming from a first-gen Fire TV Stick is how snappy the response is. The Fire TV Stick UI feels smoother, apps load faster and even Alexa pops us a little sooner. The Wi-Fi connectivity of the Stick has also improved. Kept in the exact same place in my house where the Wi-Fi signal is “fair” on the first-gen Fire TV Stick, the 3rd gen Fire TV Stick showed a “Good” signal, hinting at some form of improvement in the networking hardware.

The first difference is the remote control: 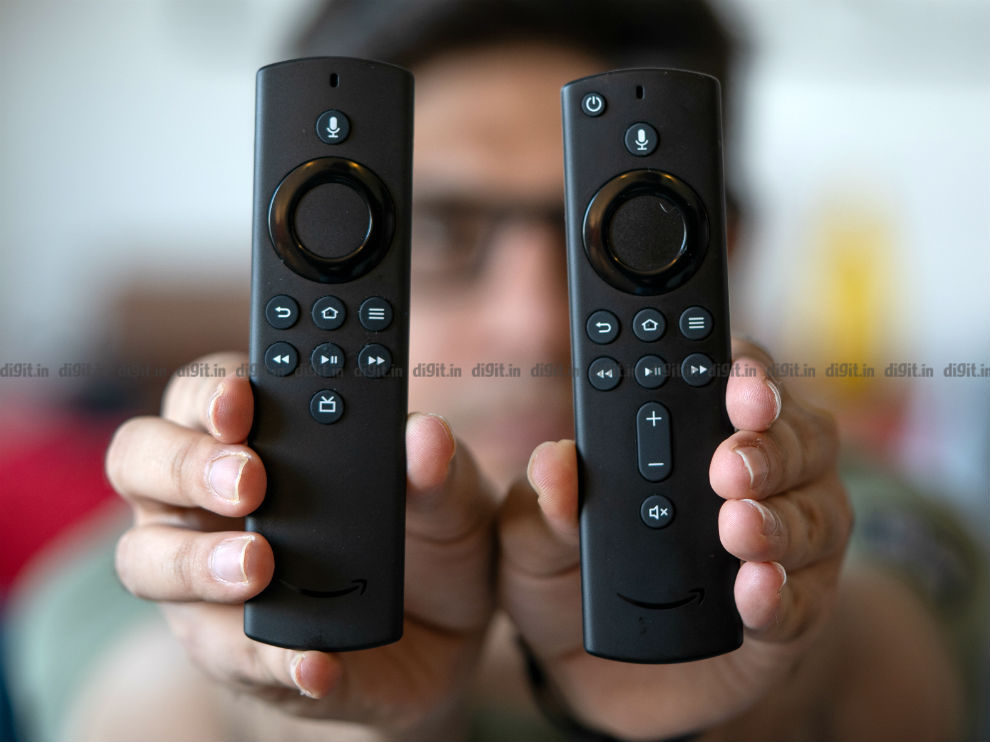 Where it doesn’t work is if you have the Fire TV Stick hooked up to a monitor and a pair of speakers like the JBL 104 or Klipsch Promedia 2.1 or Mackie CR5’s where the remote control fails to control either.

The Fire TV Stick Lite comes with a remote control that lacks the power button and volume rocker. It instead comes with a “Live TV” button. Pressing this button goes to the Live TV tab on the Fire TV Stick. While the Live TV tab isn’t as robust as regular Live TV, it looks to be the place where you could catch up on news, and live TV offerings from players like Sony, Zee and more. A dedicated button for this on the remote control seems like a bit much for me. 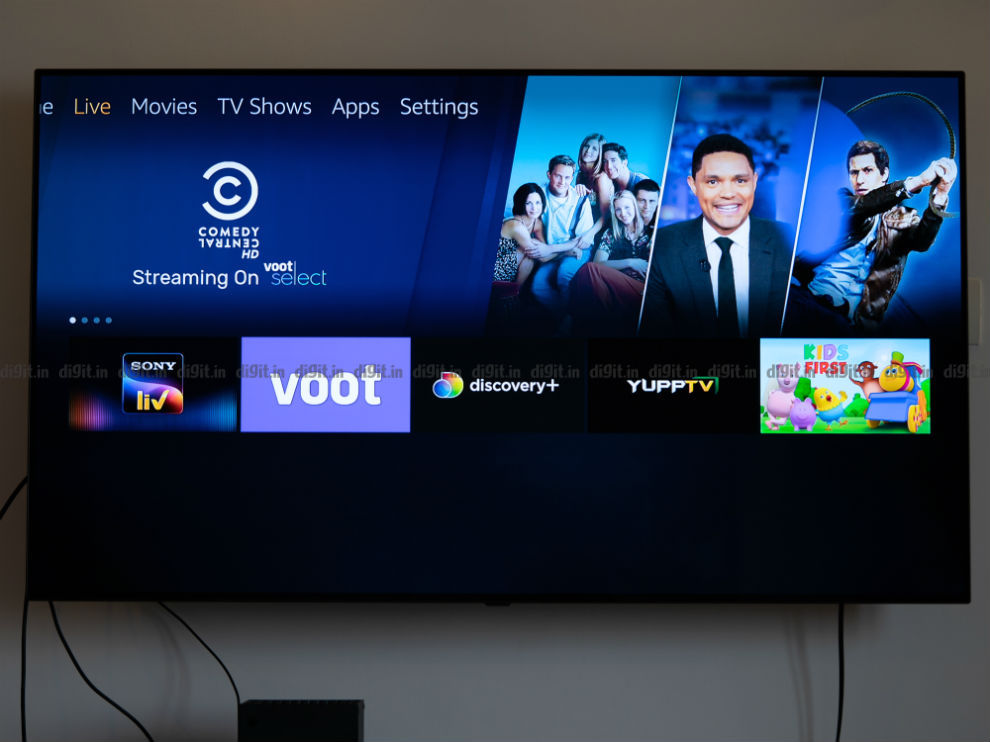 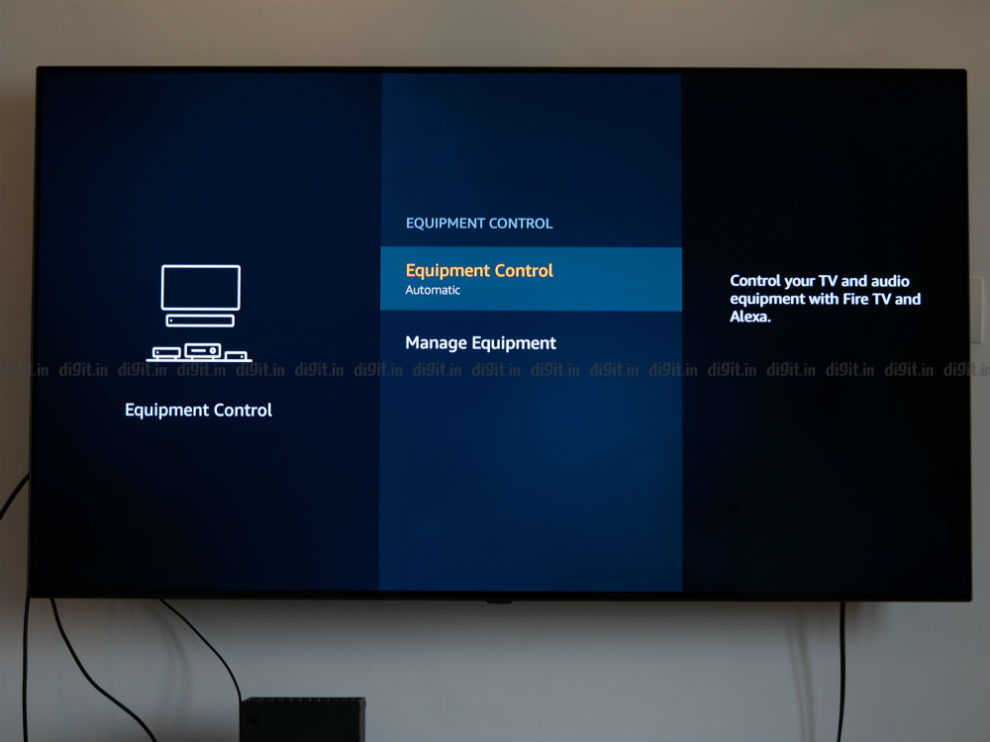 When connecting both the Fire TV Sticks to a 2016 Sony W950D TV, there is very little one can consciously differ in the audio when listening to it through the TV speakers. However, if you have a home theatre, then it is a different story.

TLDR: With the Rs 1,000 price difference, you get better audio technology and a remote control with universal remote capabilities on the 3rd gen Fire TV Stick. While it would be nice to have these functions, if saving the 1K is more important for you, then you can’t go wrong with the Fire TV Stick Lite.

Can I switch off HDR?

Both the Fire TV Stick 3rd gen and Fire TV Stick Lite support HDR and 1080p. We have seen a lot of budget TVs today with HDR capabilities, but their HDR performance is lacklustre. Thankfully, you can switch off HDR output on the Fire TV Stick (both of them) and consume content in SDR which we think is a much better visual experience on these budget TVs. 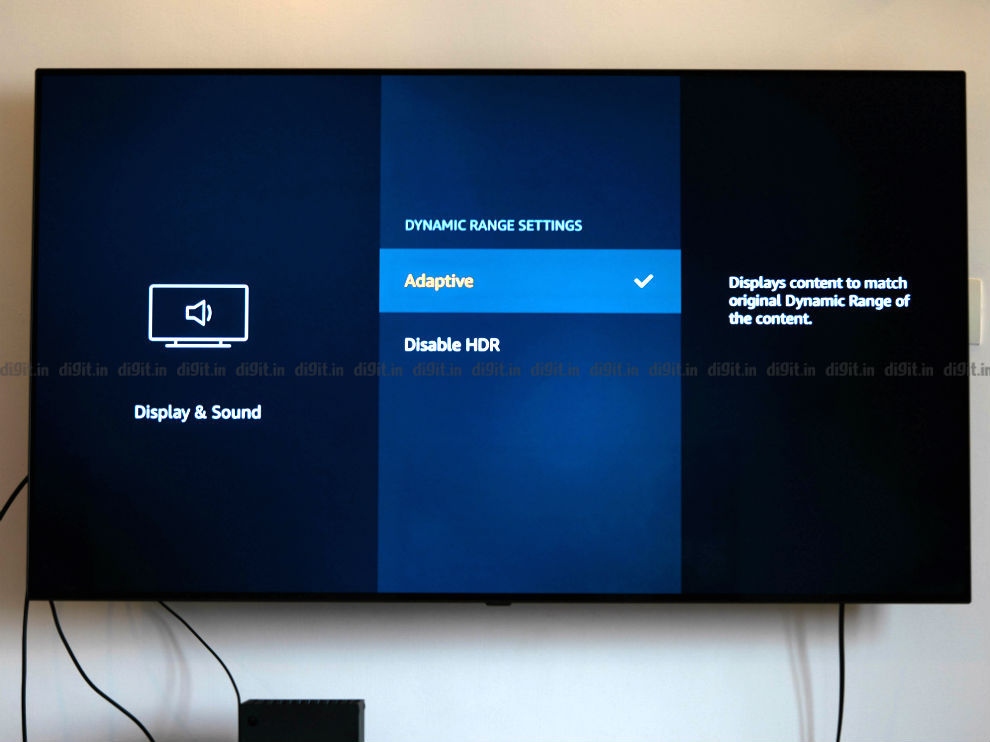 To do this, simply go into settings, then display and sound, Dynamic Range Setting, and then click on disable HDR. Now, whichever streaming service you will use, the content will be displayed in SDR.

Should I purchase an Android Streaming device or go for the Fire TV Stick?

In the Android ecosystem in India, we have the Mi Box 4K, The Mi TV Stick, Nokia Media Streamer, to name a few. The Mi Box 4K has the advantage of a USB port, giving you plug and play access to local media. While Android may have a more robust app store, the Fire TV Stick is a fluid and reliable device, especially when competing against devices in its price range. 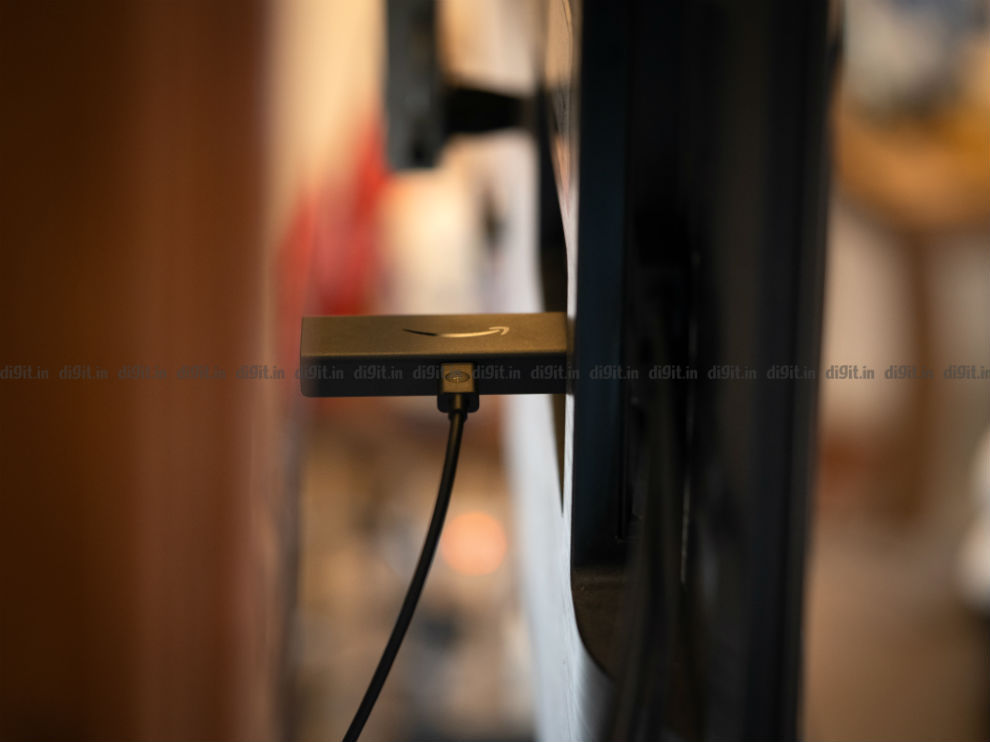 What about app support and updates?

All popular apps are supported on the Fire TV Stick. From YouTube to Amazon Prime Video (duh), Netflix, Disney+ Hotstar, VOOT, Lionsgate Play and many many more all are available. We have seen these apps receive timely updates and keep pace with some of the best flagship TVs out there. You also have access to apps like Plex and Kodi if you need to run those apps. 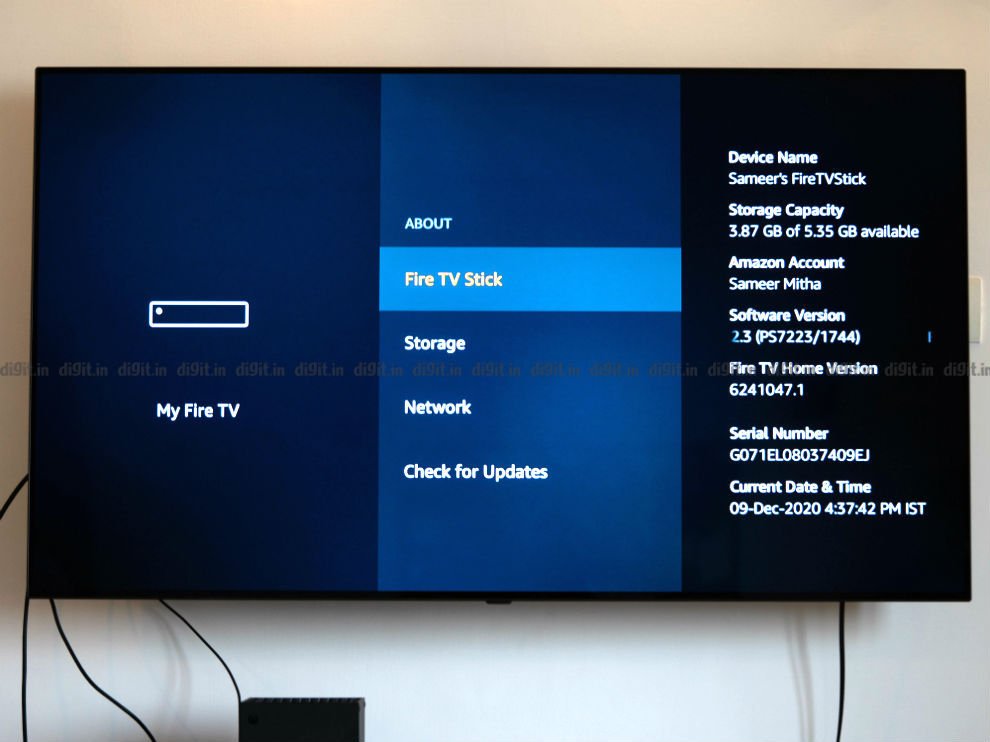 Can I monitor the data consumed by the Fire TV Stick?

Yes, you can not only monitor the data consumed by the Fire TV Stick but also set a limit to the amount of data the Fire TV Stick can consume. This is handy if you tether from your phone, or have a broadband connection with limited data per month.

To monitor the data, head to settings, then preferences, data monitoring and switch it on. Here you can set the video quality, set a data alert and also monitor the apps which consume data.

Sadly, not right now. Even though apps like Prime Video and Netflix support profiles, there is no way to change the home screen profile to a specific user. However, Amazon has announced that a revamped UI will be making its way to the Fire TV Sticks and the upcoming UI will support profiles. you can learn more about the upcoming UI changes here. 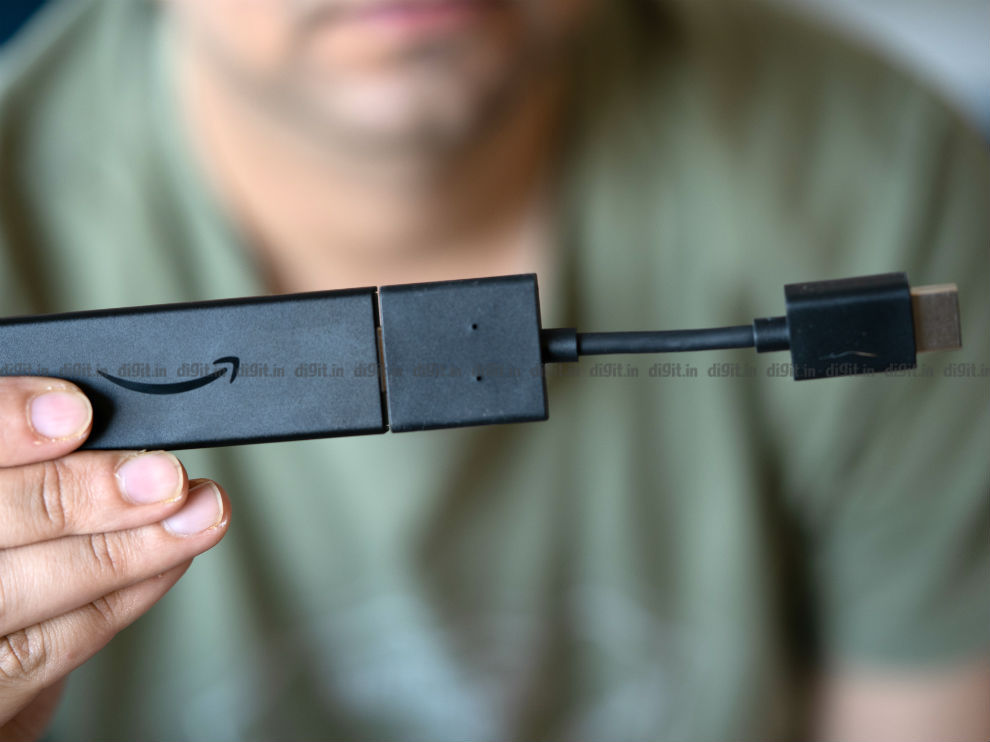 Can I have more than 1 Fire TV Stick at the same time at my house?

Yes. You can have multiple Fire TV Sticks in your house and long as they are all consuming content from different services, you should be OK. However, the limit on simultaneous streaming differs from service to service. Netflix has plans ranging from 2 to 4 simultaneous streaming. Prime Video lets you stream on 3 devices at the same time but only 2 can stream the same piece of content simultaneously. 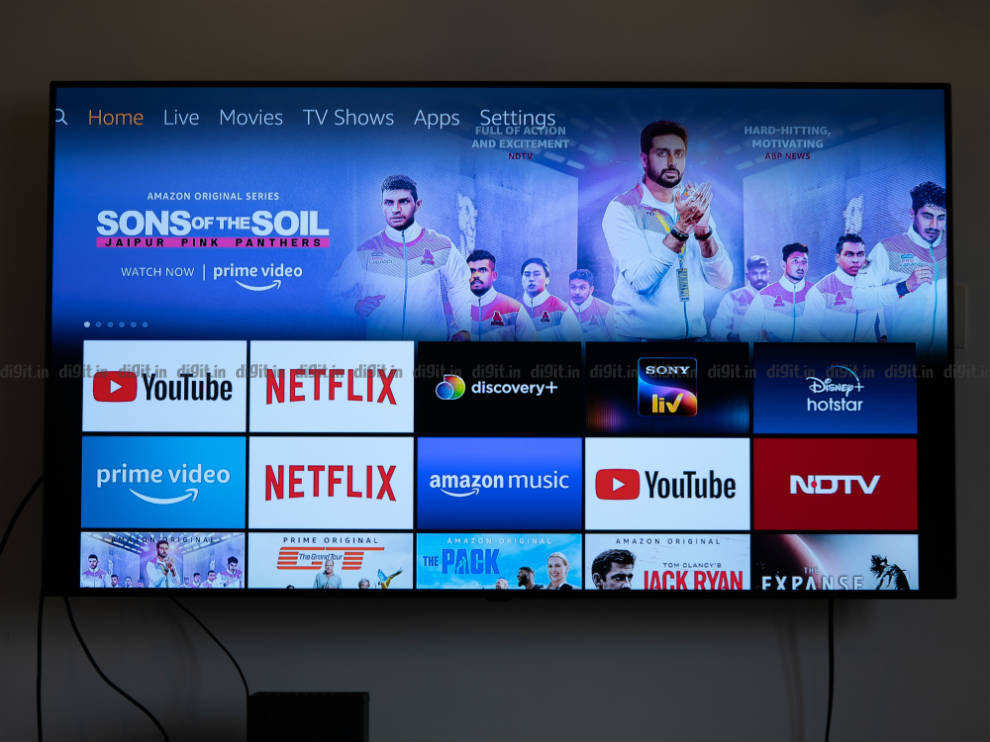 This is a neat trick if you want to hear the explosions in a movie but don't want to wake the family up. You can connect a pair of Bluetooth headphones directly to the Fire TV Stick. So, when you are watching a movie, your visuals are on the TV, and the audio is in your headphones. 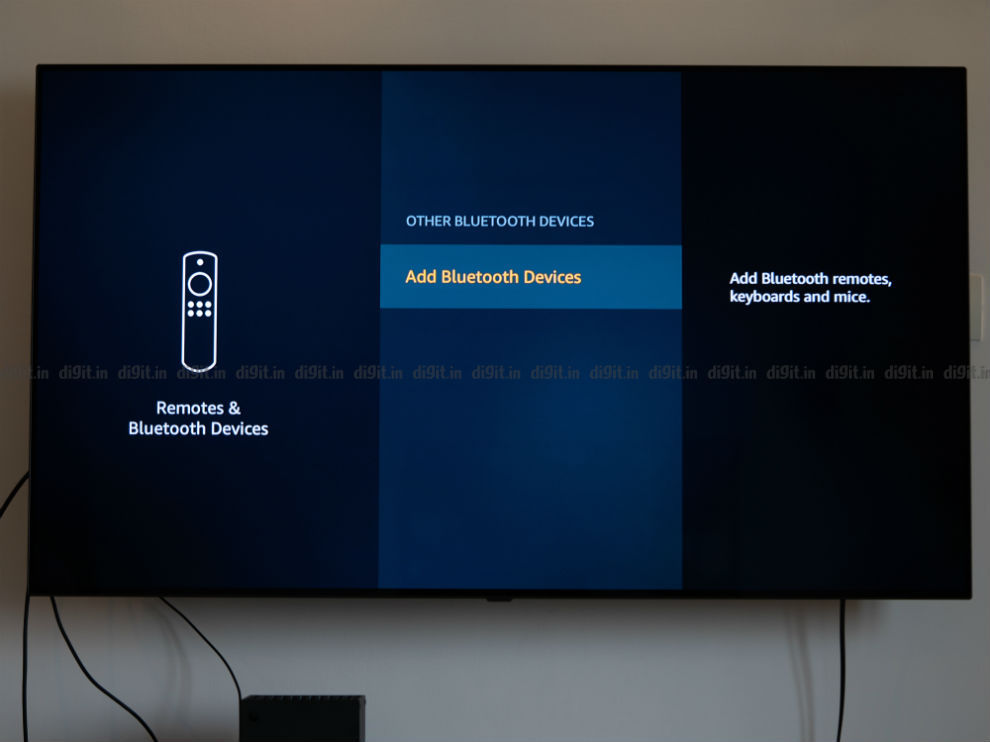 If you have a 4K TV, then you are better off spending a little more and getting the 4K Fire TV Stick. It supports Dolby Vision and Dolby Atmos letting you exploit the potential of your display. However, if you have a 1080p TV, then you could go with either. Dolby Atmos support on the 3rd gen Fire TV Stick is a point to consider, but more importantly, you should consider the remote control. I personally think the Lite’s remote control feels a tad disappointing without the volume rocker and power button. But if you are on a tight budget, the content consumption experience is great on both the Lite and the 3rd gen Fire TV Stick.

Add groove to your party with ZOOOK’s new Karaoke range – Legend, Dual Thrust and Karaoke01
Optoma introduces the WUXGA Projector series with up to 21000 lumens of brightness
Amazon Echo Show 10
BoAt launches the Airdopes 111 true wireless earbuds with up to 28 hours battery life
Everything you need to know about the Sony HT-A9 home theatre system and Ht-A7000 soundbar
Advertisements