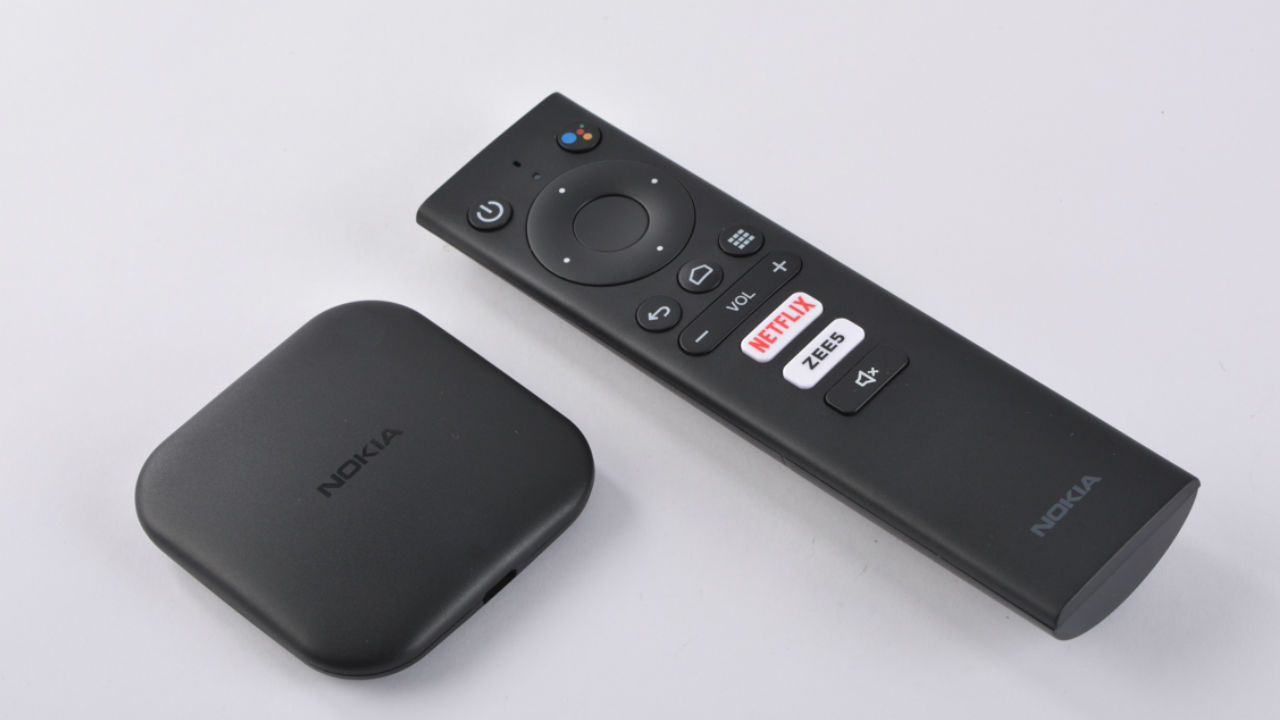 When TVs started getting slimmer, the one place they compromised was with sound quality which essentially led to the popularity of soundbars. Today, it’s taken for granted that if you want an immersive TV watching experience, you will have to invest in a soundbar. Similarly, we can say the same thing for “smart” TVs. If you purchased a TV in the past decade, chances are it came with some smart capabilities along with streaming apps. But if your TV is a little on the older side, then you know that some of these apps are not supported any more, or you can’t download new apps to your TV, or it doesn’t support voice controls, so on and so forth.

If you have the budget and are looking to upgrade your TV then it’s fine. A new TV will bring with it some interesting smart capabilities. But if you are perfectly happy with the picture performance of your TV and are simply looking to make it smart, then there are a number of options to choose from. You can get an Amazon Fire TV Stick, or an Apple TV or even the Mi TV Stick. All of them bring with them some advantages and some disadvantages. Today we have with us the Nokia Media Streamer. It runs on Android TV, just like the Mi TV Stick and also comes with a remote control. Let’s dive in and see how smart this really makes your TV. 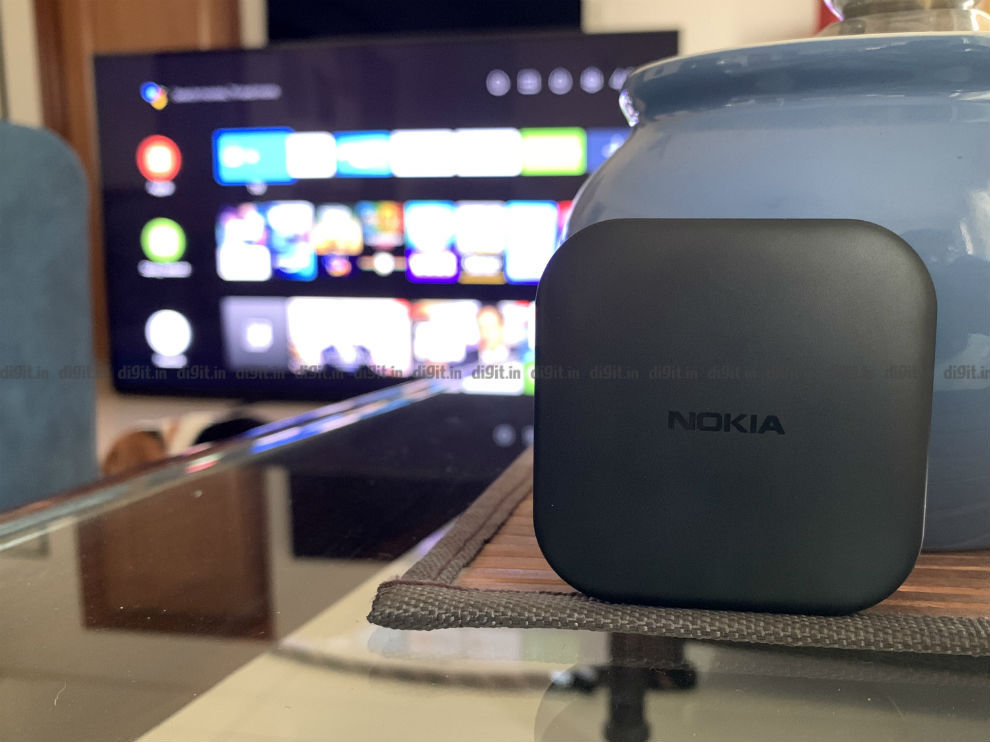 Looking at the Nokia Media Streamer for the first time and you’d be forgiven thinking it's a toy. It has an ice hockey puck like design but slightly square. It is so small, that it is smaller than the palm of my hand. It is really light but feels quite solid and well-built. It has only 2 ports - a micro-USB port and a mini HDMI port. It has a matte finish and you’d be forgiven for overlooking this device on a table. Overall, the design of the device itself is compact.

You get a mini HDMI to HDMI cable in the box which is generously long, letting you conveniently hide the device behind your TV. It also lets you move the USB cable to a nearby power port. 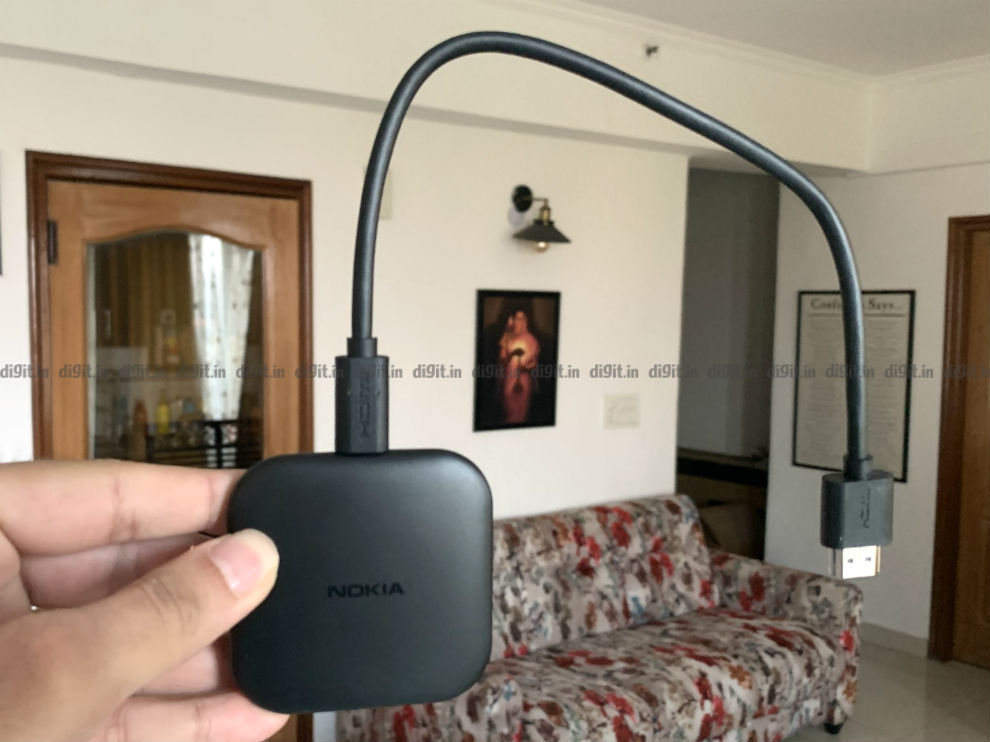 Speaking of the USB cable, the one the Nokia Media Streamer comes with is really long, which is a good thing. However, the micro-USB cable also has an IR cable which makes things a little messy. I ended up using the device with my own micro USB cable connected to a power brick for the duration of this review.

Overall, the Nokia Media streamer has a unique design in its compact form factor. While the detachable HDMI cable makes it easy to replace the cable only if it stops working, it can also get misplaced easily if not kept properly. 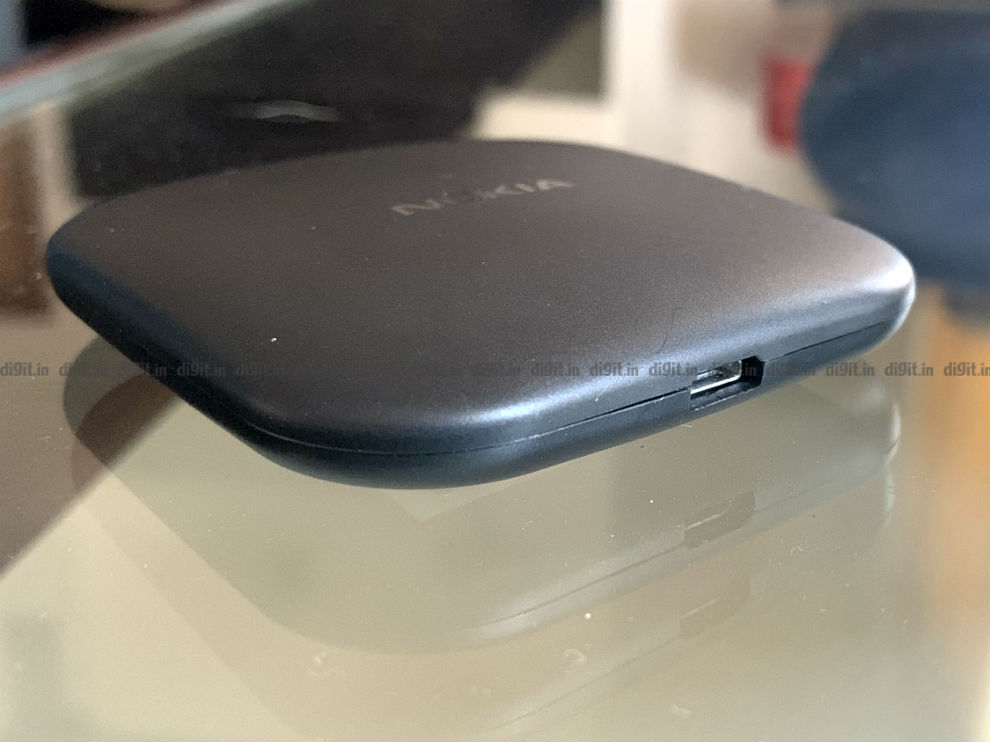 Moving over to the remote control, the Nokia Media Streamer comes with quite a chunky remote control. It has the standard slew of buttons from power, to Google Assistant, directional buttons, volume rocker, back, home, menu and a mute button. For OTT hotkeys, this one has Netflix and ZEE5. 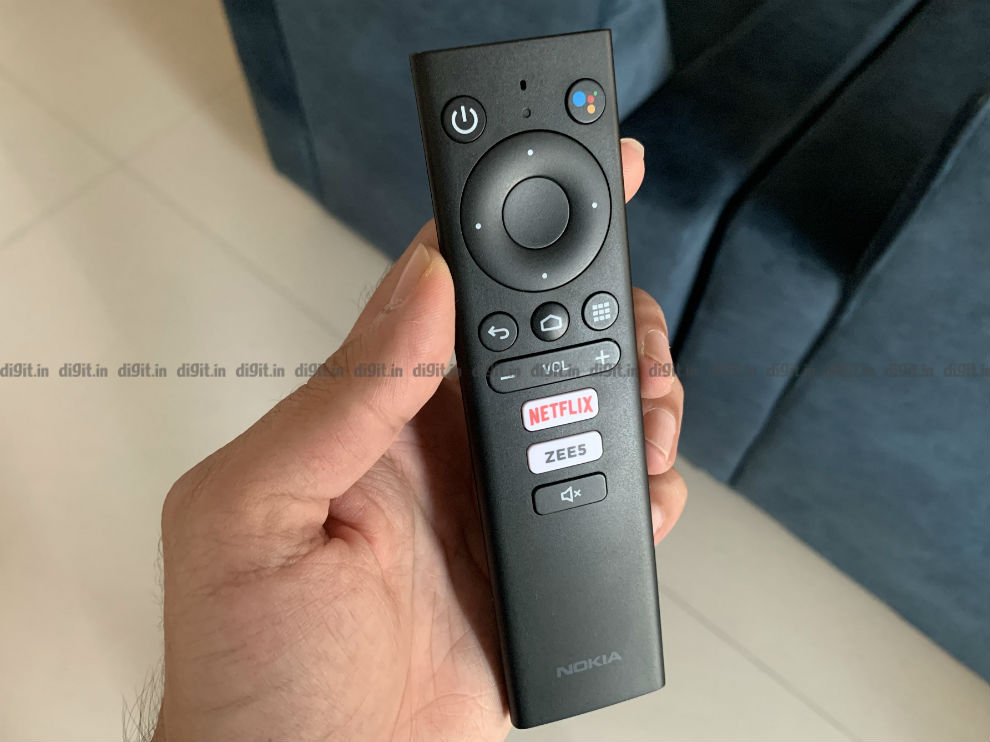 The remote control is ergonomic and you can reach the important buttons like mute, OTT hotkeys, volume control, easily without moving your hand too much. Although, I still prefer the ergonomics on offer with the Realme TV remote control and the Fire TV stick remote control, to put things into perspective. But this one gets the job done just fine.

The easiest way to describe the performance of the Nokia Media Streamer is to tell you that it works like any mid-range Android TV and that would be pretty accurate. Take the Hisense TV we reviewed earlier, for example. The performance of the UI is almost at par with that TV. So if you have an old TV that you want to work like a brand-new Android TV, then this device can get the job done quite well. It supports dual-band Wi-Fi, which is nice. 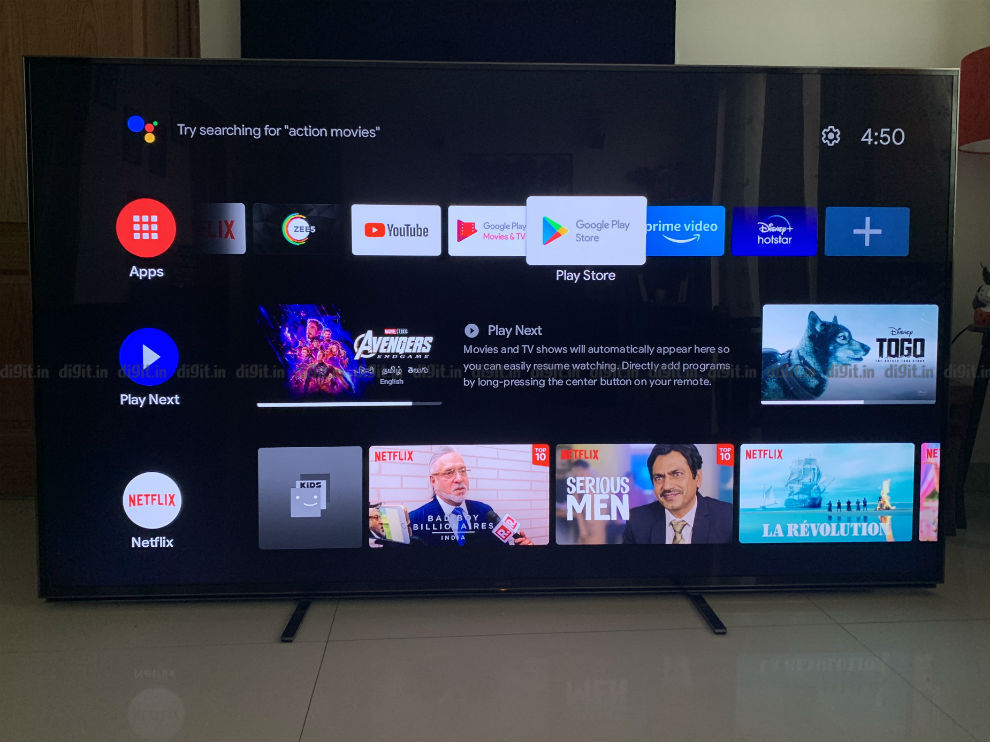 Running on Android, you have access to the Google Play Store and all apps like Netflix, Prime Video, ZEE5, Disney+ Hotstar and many more. The apps receive the update quite regularly and the overall performance of the UI is generally quite fluid. The only time I faced a problem with the UI is when there were 5-7 apps updating in the background, and I was trying to navigate multiple apps and call on the Assistant. This isn't uncommon, something we’ve seen on multiple budget TVs. But it is a minor hiccup, in the grand scheme of things. 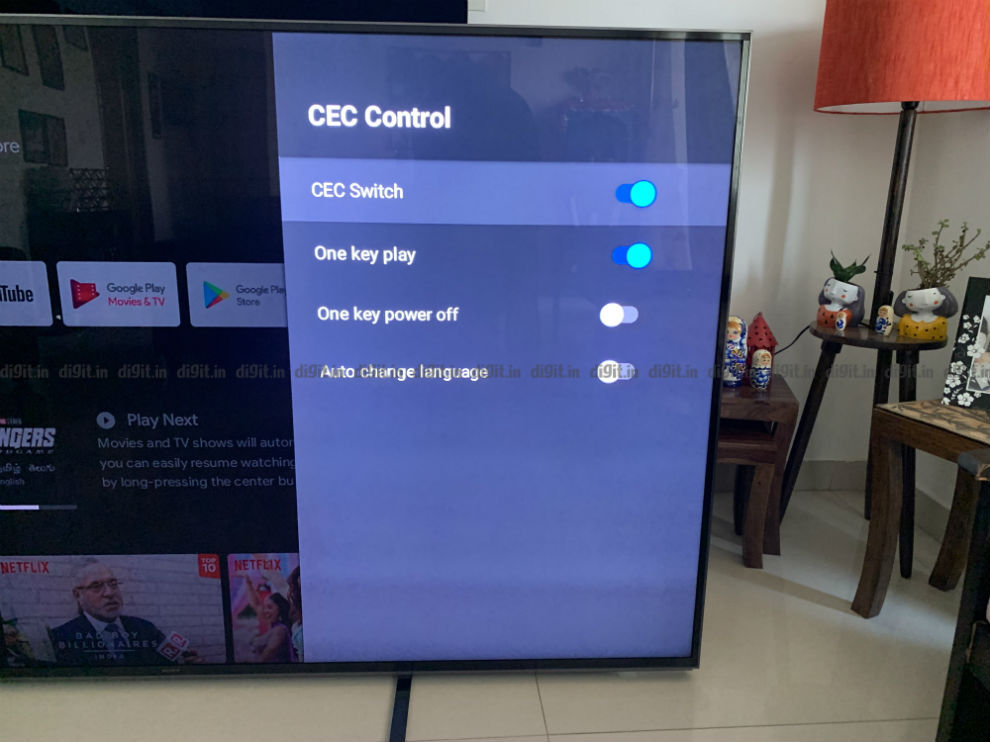 Nokia Media Streamer can stream content in 1080p and HDR

Coming to the content from various streaming services, we are limited to the quality of the TV at your disposal. But considering we have a bunch of TVs in for review, we can confidently say that the Nokia Media Streamer will not be the bottleneck for your content consumption. In fact, it even supports HDR 10. So, if your TV is an FHD TV with HDR support, this stick will work well for you. 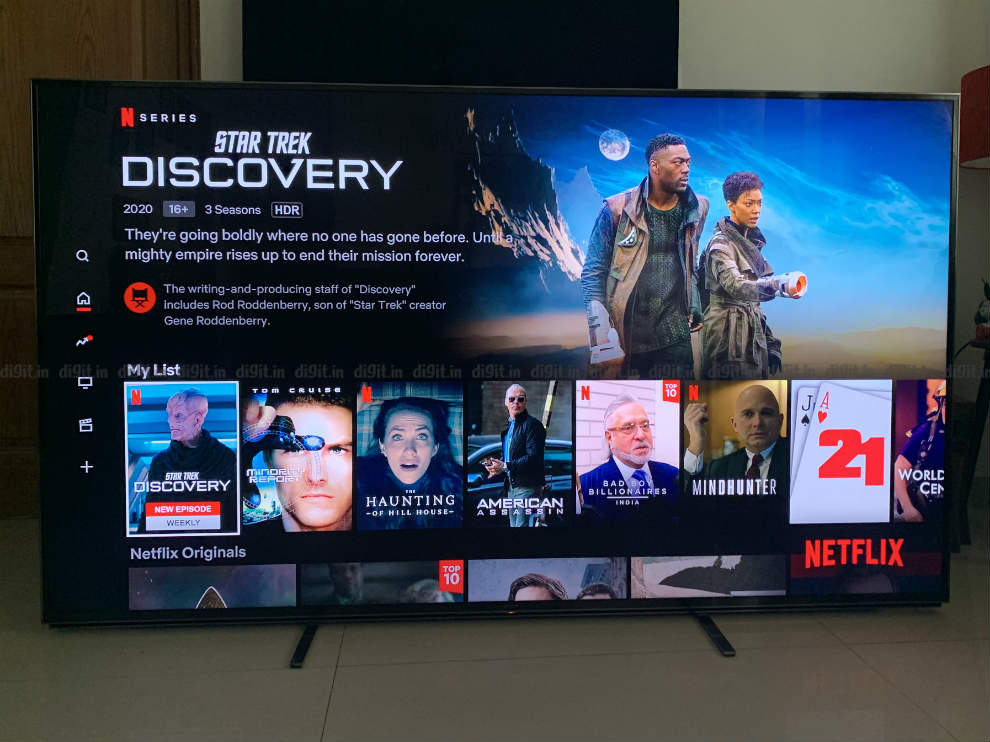 The streaming apps load fast, play content fast (as fast as your internet will allow) and very seldom did I face any hiccups. Some of these can be attributed to the Wi-Fi in my house.

It's easy to customize the home screen with your favourite apps and even services like Plex and Kodi work fine, if that's something you are into. 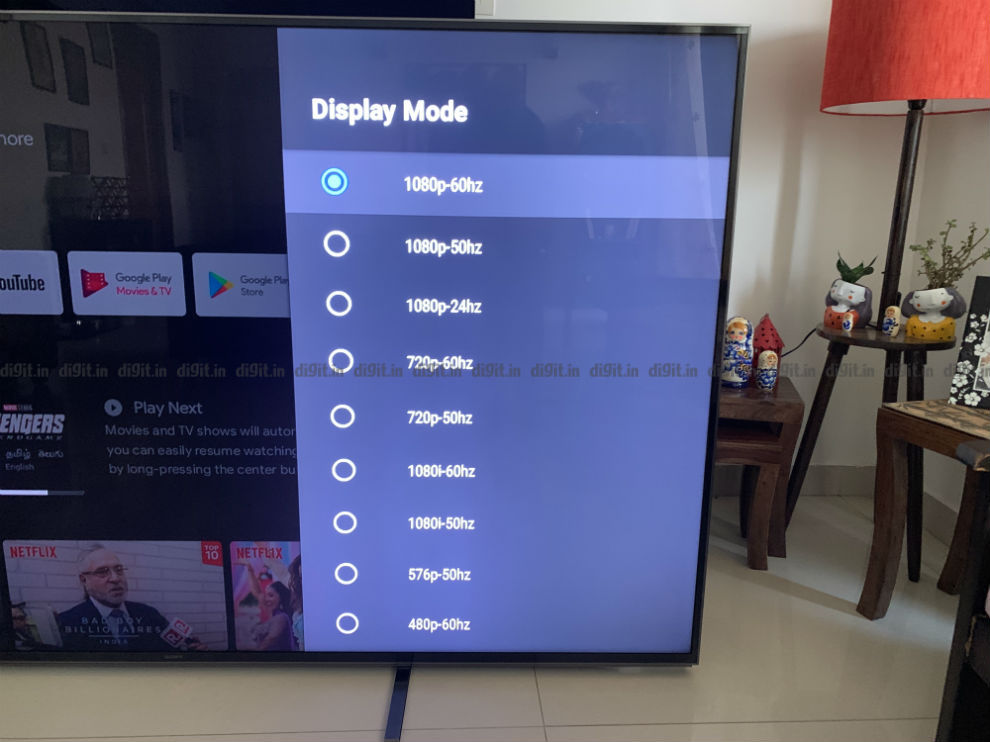 When it comes to the world of streaming content and making your TV smart, the sky is the limit, or rather, the depth of your pocket is the limit. The Amazon Fire TV Stick is one of the most popular devices in the market and the new 3rd gen one supports 1080p, HDR and Dolby Atmos. It is priced at Rs 3,999.

The Nokia Media Streamer supports 1080p and HDR but without Dolby Atmos and is priced at Rs 3,499. Both devices are available cheaper online as of writing this story. We also have devices like the Mi TV Stick which is a lot cheaper than these 2. We also have the Mi Box 4K giving you access to 4K HDR content. So, it honestly boils down to your preference. If you like the Android TV UI, then you can consider the Nokia Media Streamer. In the weeks we've been using it, we’ve had a good experience with it. 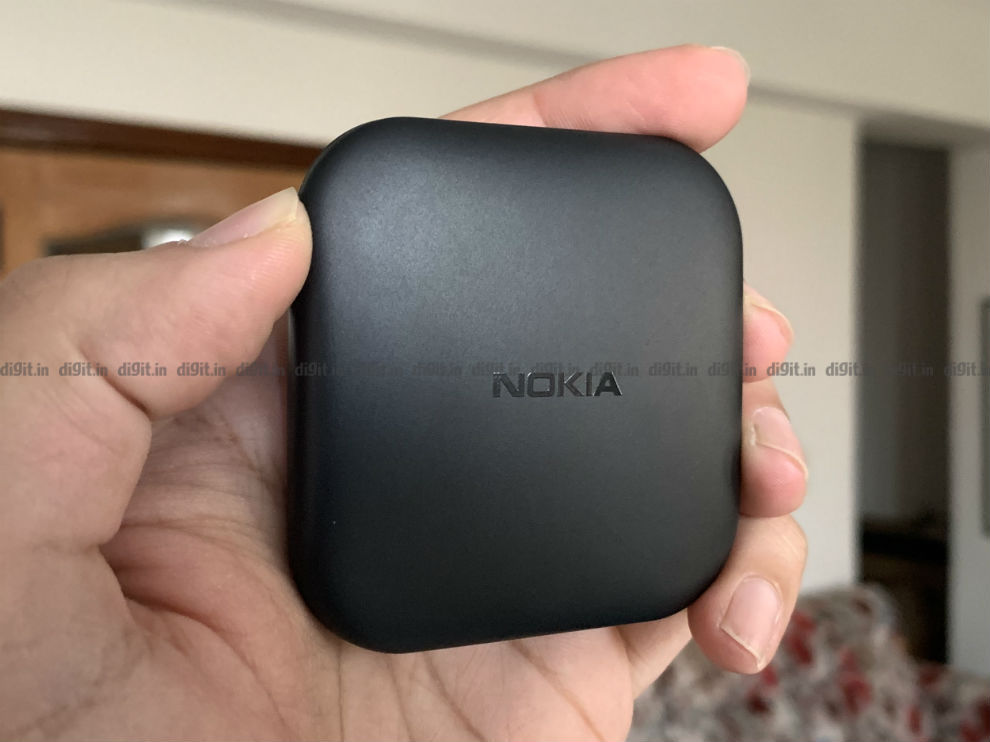