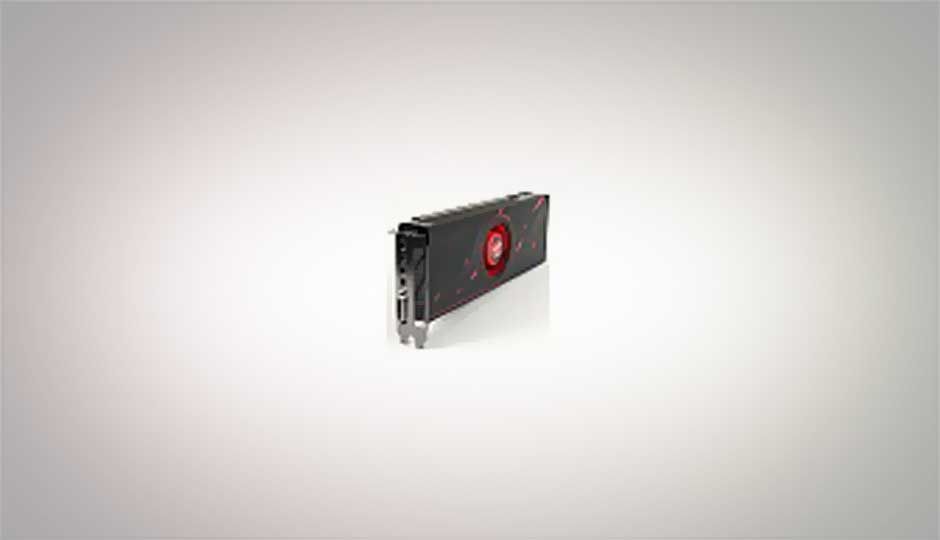 AMD has finally launched the successor to the Radeon HD 5970, transferring the crown of the world’s fastest graphics card to the new single-slot dual-GPU champion – HD 6990 (Antilles). While the world now awaits a dual-GPU offering from Nvidia, the GTX 59

AMD has finally launched the successor to the Radeon HD 5970, transferring the crown of the world’s fastest graphics card to the new single-slot dual-GPU champion – HD 6990 (Antilles). While the world now awaits a dual-GPU offering from Nvidia, the GTX 595 or 590, let us give the newly launched card its due before a pair of overclocked GTX 580s snatch its laurels from it. 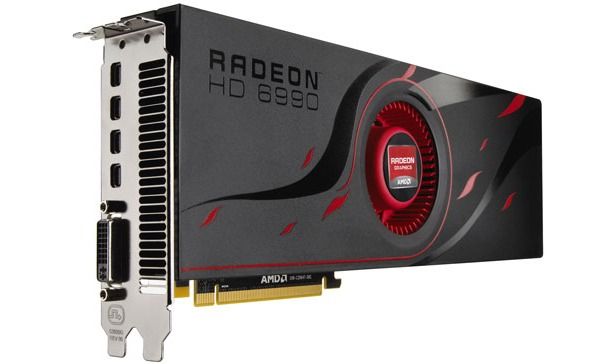 The Antilles HD 6990 is built out of two Cayman HD 6970 GPUs, with precisely twice the stream processors – 3072, texture units – 192, ROPs – 64, and video memory – 4GB GDDR5. Just like the Hemlock HD 5970 however, which was built out of two Cypress HD 5870 GPUs, the dual GPU core and memory clock speeds have been lowered from their single GPU counter parts. The drop this time however has not been as significant, with a 5.5% drop in core clock speeds to 830 MHz from 880 MHz, and a 9% drop in memory clock speeds to 5.0 GHz from 5.5 GHz. All this equals an average 22% boost in performance over the HD 5970. The card is also a bit less massive as the HD 5970, measuring in at 11.5-inches. Check out comparative specifications below:

Underclocking the HD 6990’s dual-GPU setup was a decision that must have not been taken lightly, but when paired with a launch price of $699, the HD 6990 becomes more than twice as expensive as two HD 6970 cards in CrossFire, a combination that is faster on many fronts – fast enough to nearly outweigh the disadvantages of a CrossFire setup. In fact, the even cheaper HD 6950 CF setup is very comparable in performance to the HD 6990.

Another variable in the above equation is of course power consumption, and the HD 6990 has taken that crown from the HD 5970 as well, ranking up a mind-boggling official load TDP of 375W. Power consumption under serious load goes even higher, up to nearly 500W, and nearly 550W when overclocked. The official idle TDP of the HD 6990 however, is lower than the HD 5970, at 37W.

[RELATED_ARTICLE]While reviews around the web are gushing about the VLIW4-based HD 6990’s blistering performance, check out AnandTech’s benchmarks here, the card’s massive power draw leads to a few heat dissipation and noise problems that AMD has not been able to resolve perfectly. In trying to keep the beast cool, AMD’s implementations of a centre-mounted fan, dual exhaust, exotic thermal compound, and a segmented heatsink succeed in keeping it cooler than the HD 5970 under load and when idling, however, they also make the card the loudest in the industry (whether CF/SLI or single), with a load noise level exceeding 70 decibels. Nonetheless, AnandTech calls the card “an engineering marvel for its ability to handle so much power in a confined space.”

The card’s overclocking headroom is also significant, but would require a seriously heavy duty power supply unit and after market cooling solutions to be able to hit the AMD Overdrive limits of 1200 MHz core clock and 6 GHz memory clock. A dual-BIOS switch is also provided, just like the HD 6970 and HD 6950. BIOS2 is pre-configured with AMD overclocked settings, with a 50 MHz boost in core clock speeds, and nothing else. It promises better performance - at a price - with the official load TDP reaching 450W.

All in all, not much justifies a purchase of the dual GPU HD 6990 - the cheaper HD 6970 CF setup is faster and quieter, though it draws relatively more power, while the even cheaper HD 6950 CF setup is very comparable in performance, apart from being much quieter, and much less power hungry. Only in certain conditions would a single card dual-GPU HD 6990 make sense – in case your motherboard slots and cabinet just cannot fit two cards, or if you want a 5x1 portrait Eyefinity setup powered by a single card (the HD 5870 Eyefinity 6 edition is the only other card that can do this). If you weren't considering Eyefinity at all, then let us remind you an HD 6990 on a 1920x1200 resolution is extreme overkill.

For now, the AMD Radeon HD 6990 occupies a spot on the mantelpiece of the industry rather than in the fireplace of competition, and is more an exposition in engineering than a sensible purchase – unless of course you don’t care about price, noise or power consumption, and got to have the world’s fastest graphics card in your cabinet, perhaps in a Quad-CrossFire setup?