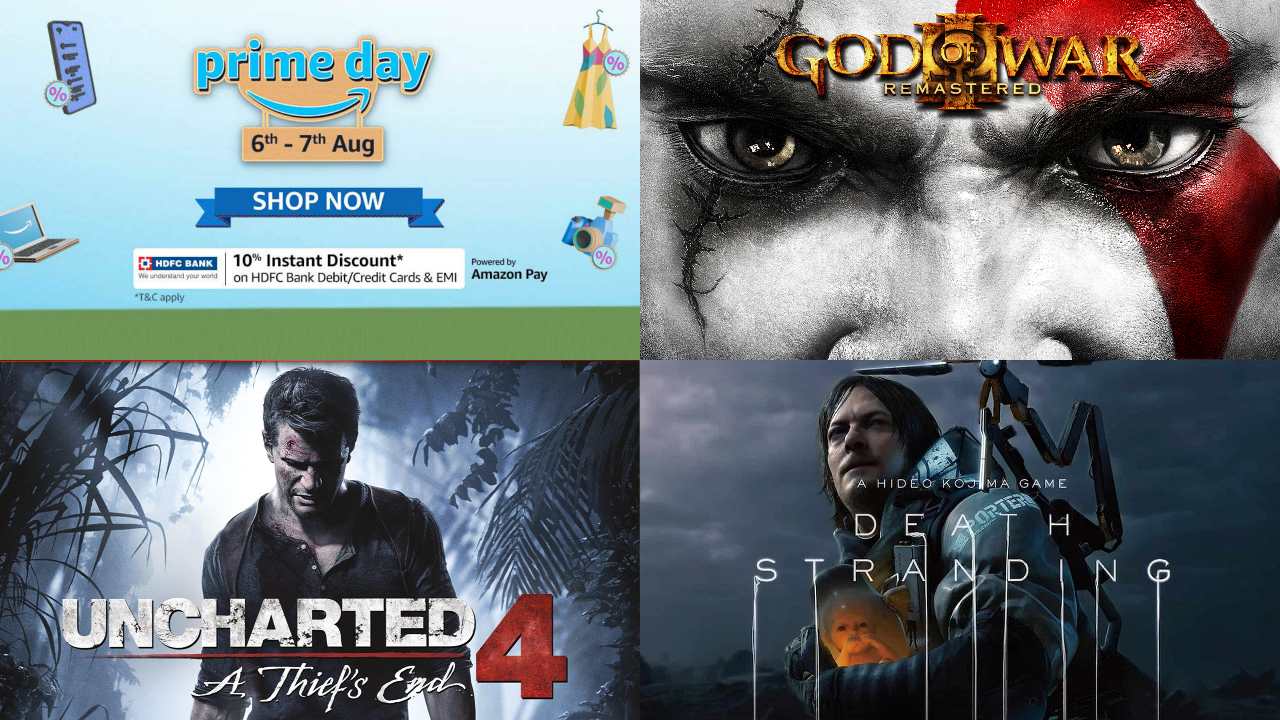 The Amazon Prime Day 2020 Sale is now here and there are a ton of great deals and offers for everyone to check out. But, for gamers, there are a few cool deals that are totally worth it. We’ve got a list of the best deals on controllers that you should take a look at but for now, let’s check out the best deals on some exclusive Sony games that are not only critically acclaimed but incredibly fun as well. So, if you’ve got a PS4 and are looking for a few games, check these ones out.

The God of War franchise is one of the most popular in the game world and for good reason. The game is fun, fast and has a great story to keep gamers hooked for hours on end. If you haven’t played a God of War game, you should check out God of War 3 Remastered. You can get the game for Rs 899, right now. You also get an instant discount of 10% if you use an HDFC Bank credit or debit card.

One of the most critically lauded games in recent years, Spiderman on the PS4 is now available for Rs 1,799 for the Game of the Year Edition. With the base game you will also have access to all the DLCs, including extra content and story missions. The game itself is a fun and engaging story that takes the friendly neighbourhood Spiderman from various locations in a meticulously built Manhattan.

If you guys have not played the Uncharted games, we suggest you head on to Amazon’s Prime Day 2020 Sale and pick up Uncharted 4: A Thief’s End for a great deal of Rs 1,099. The game is a third-person action adventure title that has since gone on to great success and fan acclaim. The game does not come with the additional DLC but you’ll get multiplayer mode as well as survival mode with the base game.

For fans of First-person-shooters, it doesn’t get any better than the Far Cry franchise. The franchise has been around for a long time and even today it still captures the minds and hearts of fans. Far Cry 5 is no different. If you’re a fan of tight shooting mechanics and decent stealth gameplay, all set in a luscious open world for you to explore, then you should pick up Far Cry 5 for Rs 1,299 on Amazon’s Prime Day 2020 Sale.

The game that saw the return of Hideo Kojima, Death Stranding (review) is a difficult game to describe. Part walking simulator, part cut scene galore and a whole lot of craziness. The game is a third-person adventure game that sees you travelling across wide empty landscapes to help rebuild America. Sounds weird? You bet it is. So head on over to Amazon’s Prime Day 2020 Sale and grab a copy of the game for Rs 1,699.

You can also check out the best deals on Gaming Headsets, right here.