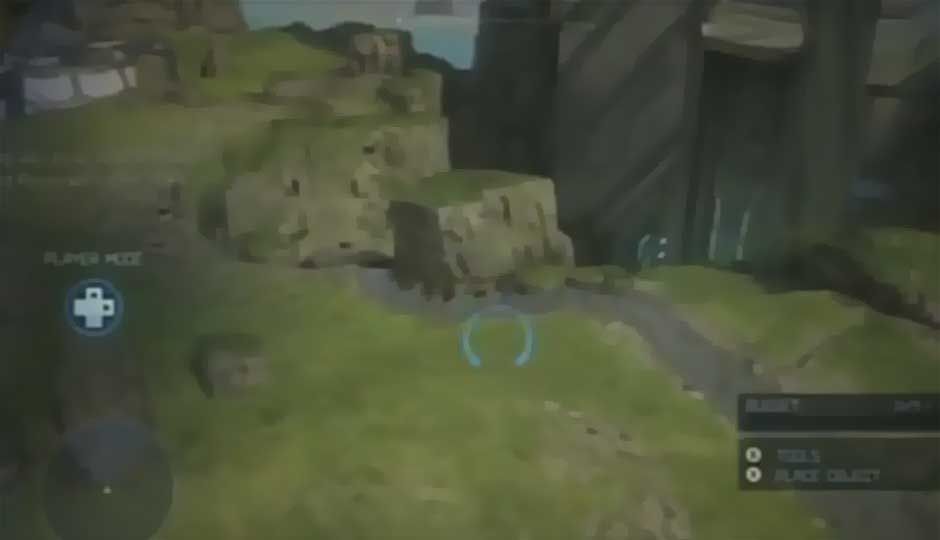 343 Industries has revealed more details of the Halo 4 sandbox style map-editor, also known as Halo 4 Forge, which it had announced back at the Rooster Teeth Expo earlier this month.

343 Industries has revealed more details of the Halo 4 sandbox style map-editor, also known as Halo 4 Forge, which it had announced back at the Rooster Teeth Expo earlier this month.

With Halo 4 Forge, players choose from three different environment types for their maps, with objects specific to each type. A new lighting system had been revealed earlier, and the ability to lock items to a Forge map.

Halo 4 will not launch with Forge maps, which will be made available separately in a different Halo 4 matchmaking area, later.

“There will be some aesthetic variety we’ll talk about later – as well as the obvious inclusion of aesthetics and Forgeable objects from specific maps (Forerunner vs. UNSC objects, depending on the content of the environment). The environments will be large enough to accommodate just about any design you can think of, from a Lockout remake to a sprawling racetrack, there will be rolling hills, flat, sterile spaces, big, flat indoor areas and everything in between. The difference is that we’ll use more than one environment – an aesthetic – rather than a giant contiguous space like Forge World.”

“There will also be HUGE FLAT JUMBO Coliseum ‘walls’ that you can instantly place as enormous floor tiles (or walls). All the spaces are being designed with flexibility and performance in mind. The inclusion of a new lighting engine and some unique palettes will make things look more varied and connected. Some simple examples – you can make Lockout and The Pit with relative ease and plenty of room. If you want to do something giant and meandering, you’ll have to incorporate some of the environments existing features (hills, cliffs etc).”

Halo 4 is releasing November 6th, for the Xbox 360. Check out a small preview of Halo 4 Forge, in the video below: