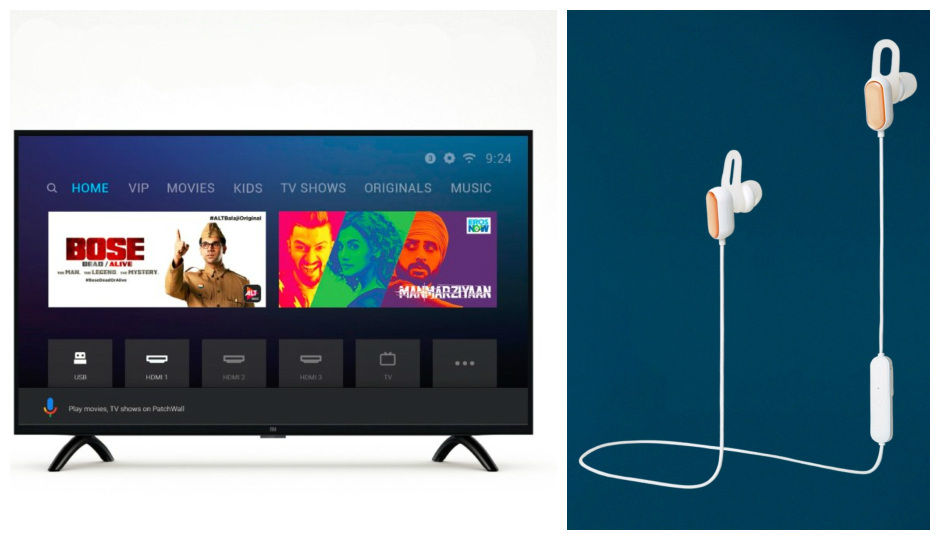 It’s been a busy day for Xiaomi today. It just launched two long-awaited smartphones, the Redmi Note 7 and the Redmi Note 7 Pro at a starting price of Rs 9,999 and Rs 13,999 respectively. But that’s not all. The Chinese electronics manufacturer also launched the Mi Sports Bluetooth Earphones Basic at Rs 1,499 and the 32-inch Mi LED TV 4A PRO at Rs 12,999. Pre-orders for the earphones start on Mi.com from today, while the TV will be available from March 7 at noon on Mi.com, Mi Home, and Flipkart.

The Mi Sports Earphones Basic is a pair of splashproof wireless earphones. More specifically, they are IPX4 rated for resistance against water splashes and sweat. Xiaomi claims they can deliver a battery life of 9 hours on a single charge. The company also says they feature enhanced bass response and come with an in-line microphone, along with buttons to control audio playback. What’s more, they come with Google Assistant support. Xiaomi will sell the Mi Sports Earphones Basic for Rs 1,499.

Coming to the Mi LED TV 4A PRO, it is a 32-inch LED smart television with an HD Ready resolution (1280 x 720 pixels). It sports 20W speakers with support for DTS HD audio and runs on the PatchWall, Mi’s proprietary OS, that is said to comes with access to over 7,00,000 hours of content. It also supports Android TV, which means it gets Google Play, inbuilt Chromecast support, YouTube, and Google Assistant. The Mi LED TV 4A PRO is priced at Rs 12,999.

Related Read: Redmi Note 7 Pro with 48MP camera launched in India alongside Redmi Note 7: Price, Specs, and all you need to know

Here’s another BIG thing you guys have been waiting for. The #MiSportsBluetoothEarphonesBasic :